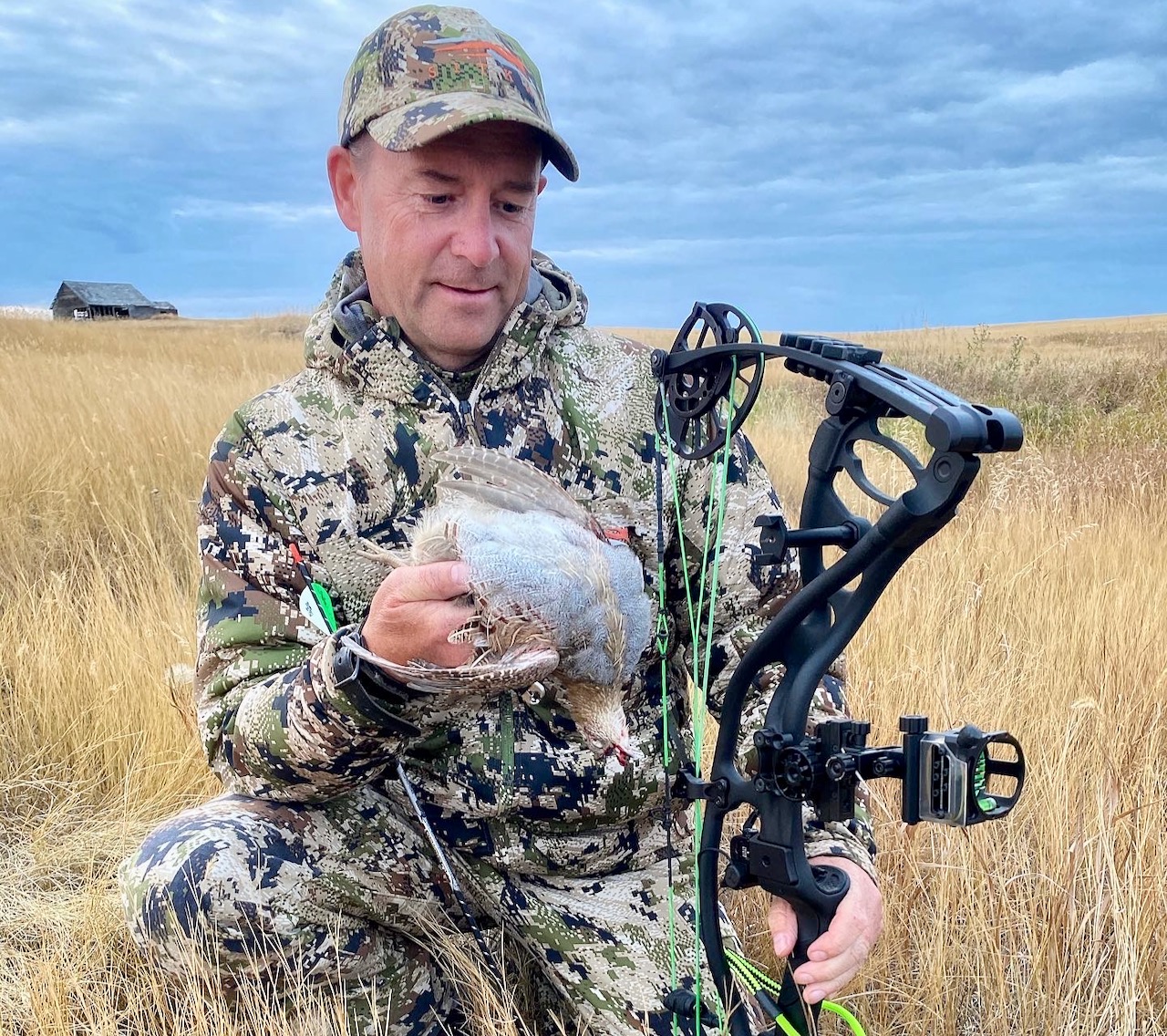 3 pro tips for hunting upland birds with a bow

Challenge yourself this fall by bowhunting upland game birds

I haven’t taken all of Canada’s upland game bird species with my bow—yet—but I’ve arrowed plenty of willow ptarmigan and grouse, and most recently Hungarian partridge.

In the process, I’ve learned that success depends on how well you understand the birds you’re targeting, what equipment you use and, most importantly, being ready to seize the opportunities. Here’s what you need to know to start bowhunting for upland birds.

Whenever you’re big-game hunting, stay alert for ruffed, spruce and even blue grouse. In areas where they’re unpressured, they’ll often hold, allowing you to move in close for a shot. Similarly, on the tundra and in the mountains, willow and rock ptarmigan will typically exhibit little fear of humans, again allowing you to move into range. Ten- to 20-metre shots are typical with these sporting birds. By comparison, quail, chukar, Hungarian partridge, sharp-tailed grouse and pheasant are more flighty, making them all the more challenging.

If you’re bowhunting birds on the ground, just about any standard fletched hunting arrow will suffice. If you plan to shoot birds in flight, however, you’ll want to specialize your equipment.

Being able to slow down your arrows so they travel a shorter distance will make the recovery of your arrow and downed quarry that much easier. For this, you need to shoot Flu Flus, arrows fletched with larger diameter feathers (typically four inches wide). Basically, Flu Flus come out of your bow at full force, but the tall feathers create drag to quickly slow them down. They are available for carbon and aluminum shafts suitable for shooting out of compound and traditional bows, as well as for wooden shafts made for longbows and recurves.

From a compound bow, a Flu Flu may fly as far as 75 metres before slowing down. Out of a traditional bow, on the other hand, it may slow down after 25 metres. My favourite all-around Flu Flu arrow is a 5/16-inch diameter Easton Traditional Only 600-spine carbon shaft with four fletches. You can also build your own Flu Flu arrows using TrueFlight’s Spiral Wrap Flu-Flu Cut Feathers, which are easy to wrap.

Both compound and traditional bows work fine for upland birds, but the tips you choose should be specific to the type of hunting you plan to do. My favourite tip for birds on the ground is a 100-grain G5 Small Game Head. A Zwickey Judo Point also works very well. Go with either 100-grain screw-in tips for carbon arrows or 135-grain glue-on tips for traditional wooden shafts. Judo tips have small-diameter, spring-loaded arms to inflict damage, but the arms also serve to snag grass and dirt to quickly stop the arrow. Other options include variations of rubber tips, such as Bludgeon Screw-In Blunts for carbon arrows.

Some bowhunters who target pheasants and other upland species on the wing will opt to use a larger diameter tip, such as a Snaro Screw-In Bird Point. Its flat nose delivers a killing shock, while the four-hoop design increases the odds of success by tangling up in the bird’s wings. Made for all carbon and aluminum arrows, it comes with either a three- or six-inch wingspan.

Sneaking up on some upland birds on the ground isn’t too difficult. You just need to be able to gauge when you’re close enough to take the shot, but not so close that you flush the bird. Shooting birds in the air is a different story, however.

If you’re using a compound bow, you’ll want to draw and ready yourself for the flush. With a traditional bow, it really depends on your shooting style; instinctive shooters tend to find it easier to shoot moving targets. As with shotgunning, it’s about learning how much to lead the bird, and determining how long to delay in aiming and releasing. You also need to accommodate for arrow speed. All this can be frustrating to master, but it becomes easier the more you do it.

With that in mind, it pays to practise a lot before you hunt. From a safe spot off to the side, have a friend stand 20 metres away and toss a foam target up in the air to simulate a flushing bird. Eventually, you’ll sort out the timing, aiming and lead to make the shot—and be ready for the real thing.