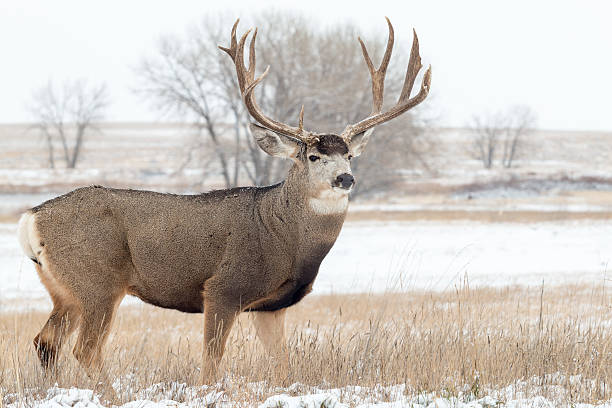 How to Find More Trophy Deer Antlers and Their Owners

Only 21 years old, Riley Ottenbreit of Grayson, Saskatchewan, has brought home thousands of deer sheds during his decade as a whitetail fanatic. How fanatical? He’s just putting the final touches on Monster Sheds 3, his third “action-packed shed-hunting video.” And in 2008, he shot the largest typical buck in Saskatchewan, scoring 177 inches (pictured here). Ottenbreit attributes his success as a trophy hunter to his many days afield searching for sheds. Here’s how he finds them.

Ottenbreit started shed hunting with his father, Francis, when he was 10 as a way to spend time afield. Both were total novices, but they learned quickly. One early lesson: concentrate on fields where you know there are bucks, and search thoroughly. “We’d check part of a good-looking area and if nothing had dropped, we’d move on,” he says. “But the antlers were there. We just never got deep enough in the field to find them.”

“It’s like hunting,” says Ottenbreit. “When the drop is on, you have to be ready, and know where you want to go.” In southeast Saskatchewan, bucks generally start shedding around Christmas, so he spends the entire month of December in his truck, scouting late-fall feeding areas, observing and patterning the deer to anticipate when they’ll drop. Even across small areas, shedding times vary widely depending on weather, availability of food and length of the rut.

3. Get the Timing Right

Although fresh sheds are soon buried by snow, buck behaviour during mid- to late winter shows where to search come spring. The key is identifying places where the deer can easily get food, but have decent cover to protect them from predators and the elements. Hit these spots as soon as conditions allow and you’ll find antlers.

Spruce lines are productive, since deer will bed there and munch on the evergreens. Even better are grain piles, alfalfa fields and pea fields, where peas dropped during the harvest lie on the ground all winter. “The deer will dig through three feet of snow to get to those peas and leave the field looking like it was just raked,” Ottenbreit says.

While bone picking is rewarding on its own, it also provides clues about the  location and habits of bucks that survived the previous season. In fact, that’s how  Ottenbreit shot his monster typical on the first day of 2008’s hunting season. The previous spring, his shed-hunting crew found both of the buck’s antlers, so he knew the trophy was out there—with his name on it.