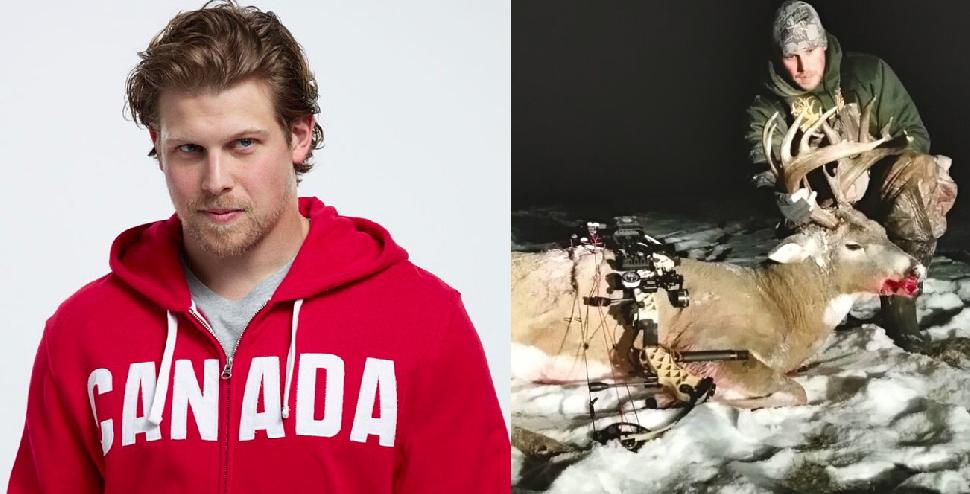 Though he was a late starter, only picking up a bow eight years ago, 33-year-old Olympic bobsledder and former CFL running back Jesse Lumsden is doing his best to make up for lost bowhunting time. He practises nearly every day of the year, and heads afield every opportunity he gets. Last season, he arrowed his first white-tailed deer—a Pope and Young buck that scored 159. We caught up with Lumsden at his home in Calgary to talk about getting started in hunting, staying fit and figuring out wily whitetails. 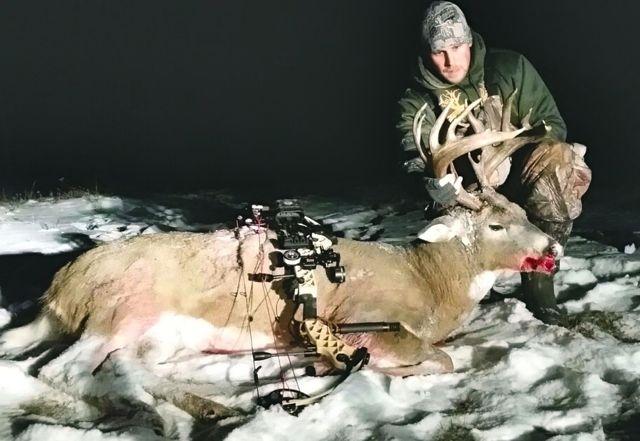 Lumsden’s key to becoming a better hunter? Be inquisitive. “A lot of communities, be they hunting, fishing or sporting, can be intimidating,” he says. “You don’t want to ask stupid questions, but everybody’s been there, whether they started when they were 12 years old or 28.” And it’s better to seek advice from someone in person rather than through an online forum, because the answer is likely to be more sincere. He also recommends finding a mentor. Lumsden says he’s made great connections through organizations such as Ducks Unlimited, as well as at shooting ranges.

Bobsledding is all about power, short bursts and heavy lifting, but with hunting, says Lumsden, “you have to put miles on your boots.” So what does he do to stay in shape for the demands of the field? “These past couple of years, I’ve been cycling, running and hiking more than I ever have, and I try to shoot every day,” says Lumsden. “I’m excited to see the end result.”

Bowhunting, like a lot of other physical activities, is about repetitive training. Once you have a big buck in your sights, you want your training to kick in so your shot will be bang on, Lumsden says. He likens it to his competitive life. “We train to win an Olympic gold medal, but how do you do that? You can’t,” he says. “Instead, you train to be as ready as you possibly can for when the bell rings.”

In order to fool a wary whitetail, you have to be mechanical in everything that you do, Lumsden says. For example, you must get into or leave your treestand in the same way every time. “It should be like you’ve never been there,” Lumsden says. “The less of a footprint you make, the more chances you’re going to have.”

“If you really want to be successful at bowhunting, you have to entrench yourself in it,” Lumsden says “You can’t do it half-assed.” Along with filling his freezer, he hunts to connect to nature. “I love the fact that you get so close to your animals that you can smell them. You can hear them breathing.”