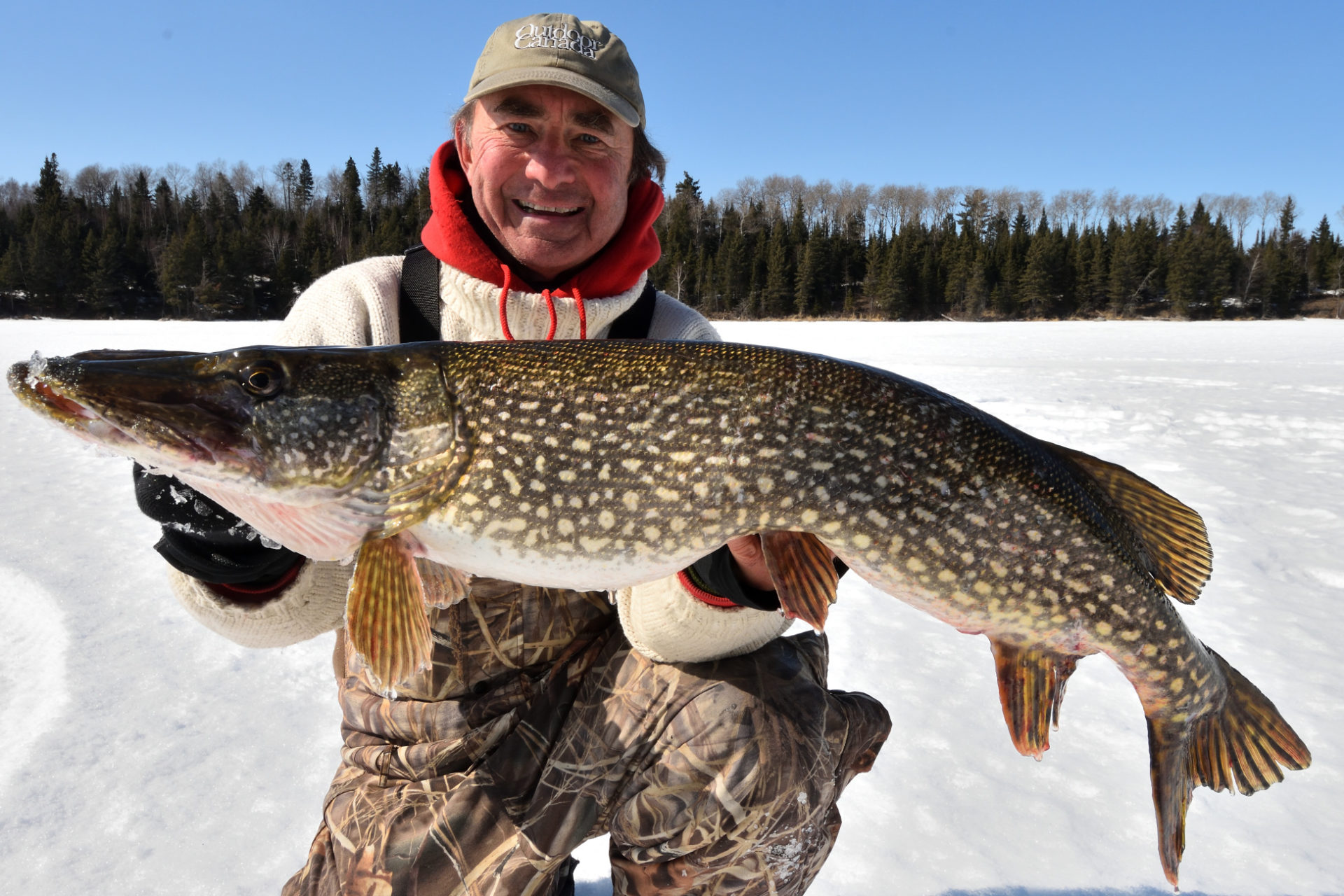 Want a big toothy critter? Get chummy with the pike

I never clean a fish that I’ve have kept for shorelunch or dinner without opening up its stomach to see what, if anything, it has recently eaten. Doing so gives you so many clues to efficiently and effectively match the hatch, and helps you pick the best size, shape and colour of lure to use.

Fly fishers will even carry a stomach pump in their vests—essentially a small food baster with a flexible rubber ball on the end. You squeeze the ball to fill up the tiny tube with water, place the end gently into the trout’s throat and stomach, squeeze the bubble to squirt in some water and then quickly squeeze it again to suck up whatever the fish has been eating. It’s an ingenious way to get a sample of the contents without harming the fish.

Saskatchewan buddy Todd Taylor was cleaning a few small northern pike that he caught on the weekend and, like so many of us, he examined the fish’s stomach. “I got to see how much of a scavenger a pike is,” Todd chuckled. “It was about a five-pound fish and it had 10 minnows, a cooked sausage and a hard-boiled egg in its stomach. It was unreal.” 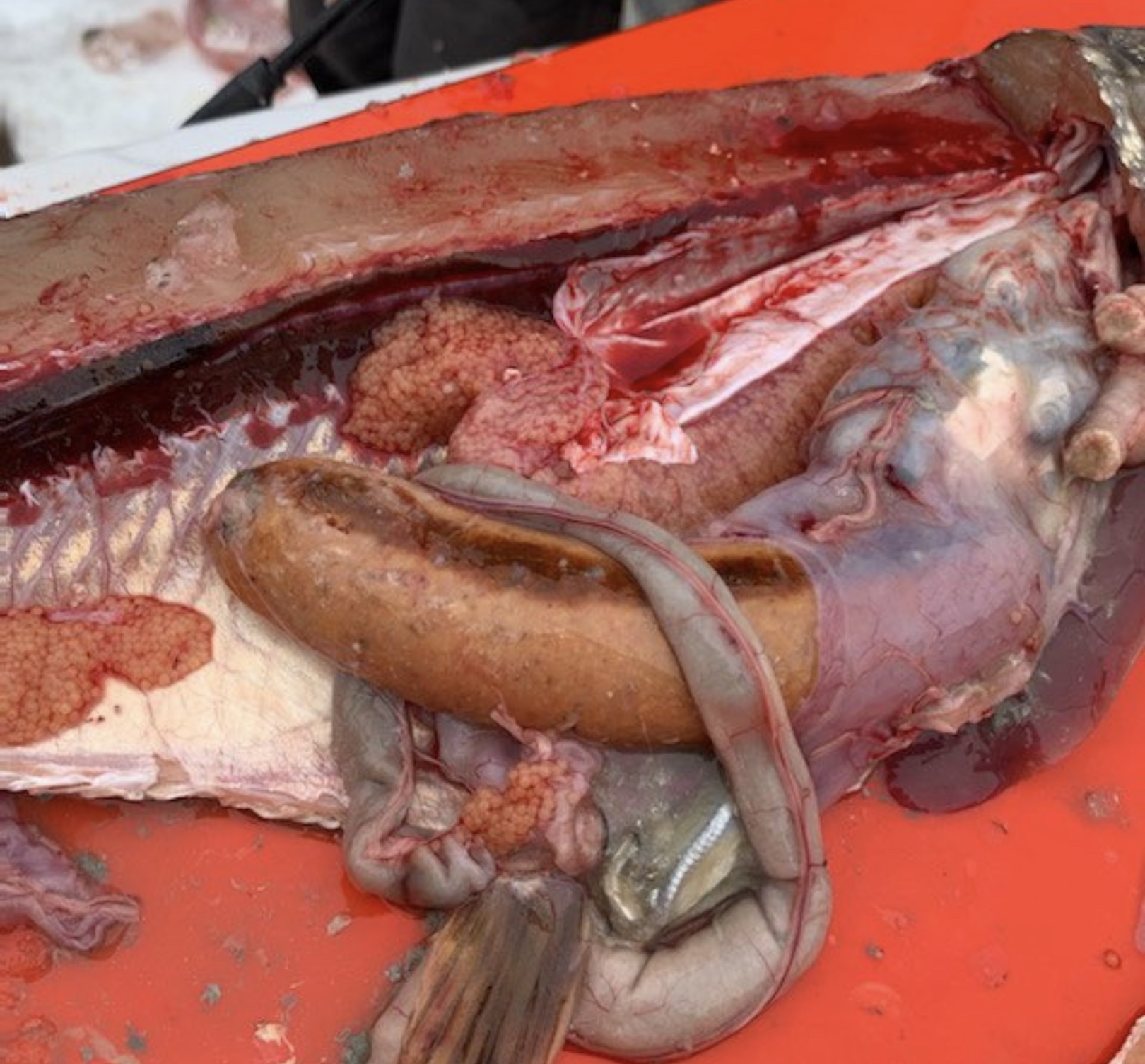 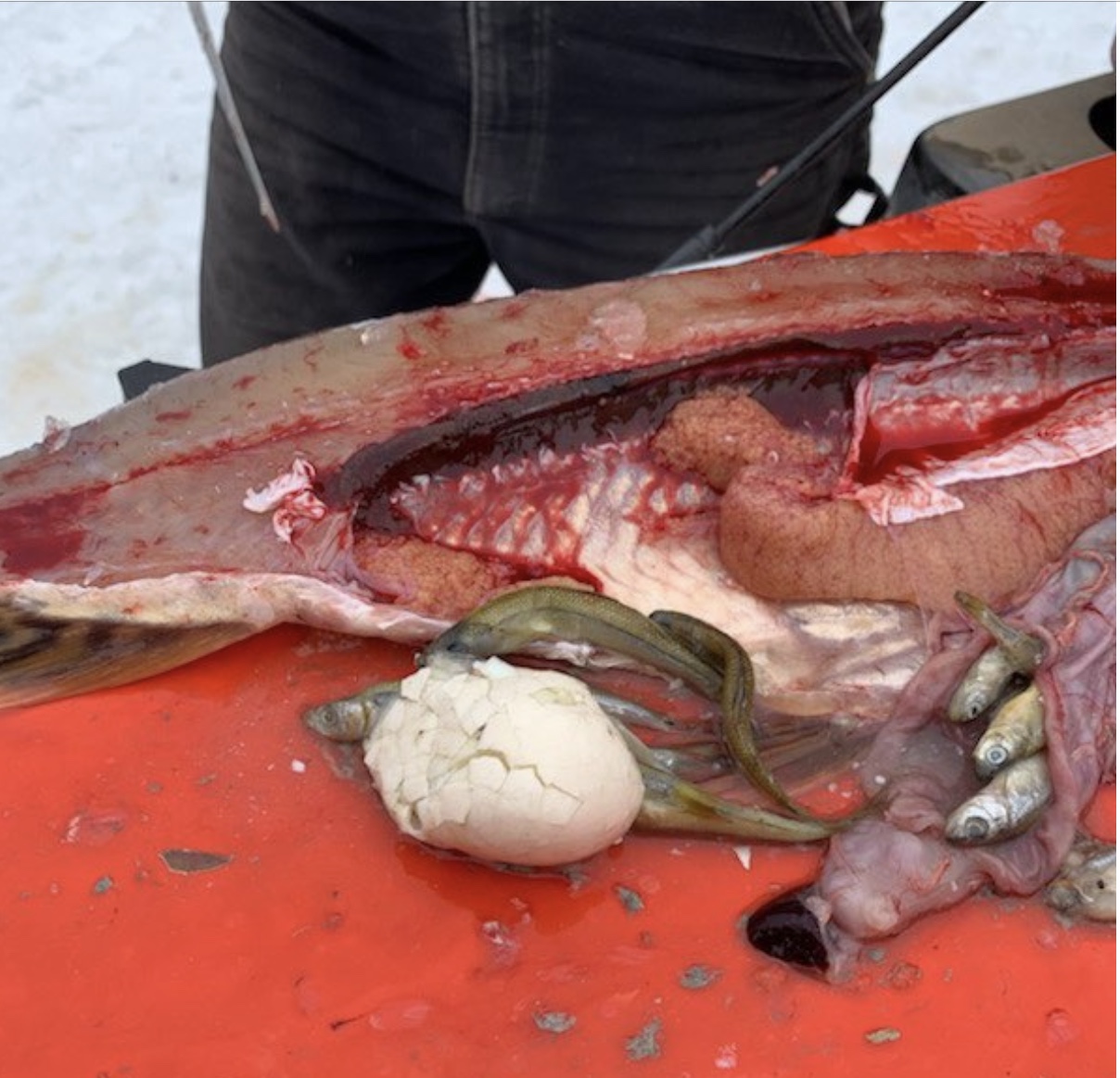 Unreal, indeed, but Todd’s unveiling highlighted something I first learned many years ago from famed British angler, Nige Williams, who is known as the “Bounty Hunter,” for his relentless pursuit of individual fish. We fished together in Finland, for the giant gators that swim in the brackish waters of the Gulf of Bothnia. And Williams delighted me with tales of many of the big toothy predators that he has caught, including 165 pike in excess of 20 pounds, 21 over 30 pounds and 2 that topped 40 pounds.

What surprised me the most, however, was his hitherto secret technique of chumming or pre-baiting his best spots. “Few fish respond better than northern pike to pre-baiting tactics,” Nige told me at the time. “I can get them to eat hot dogs.” Now, how prophetic is that, based on what Todd found inside his fish on the weekend?

According to Williams, the key to correctly chumming a location is doling out small chunks of food—suckers and tulibees are the ideal candidates across the ice belt—in a small steady stream, over several days, rather than one concerted effort.  In fact, Williams told me that he considers big pike to be so “programmable” that he carefully matches his fishing time to coincide with his chumming regimen.

“A big mistake many pike anglers make,” he told me, “is they pre-bait a spot in the afternoon for several days, on their way home from work. Then, they arrive on Saturday morning to fish, but the pike aren’t there—yet.  When you fish a spot at the same time you pre-baited it, you’ll find the northerns waiting for you.”

Now, can anybody tell me how you hook a sausage and hard boiled egg on a quick strike rig?