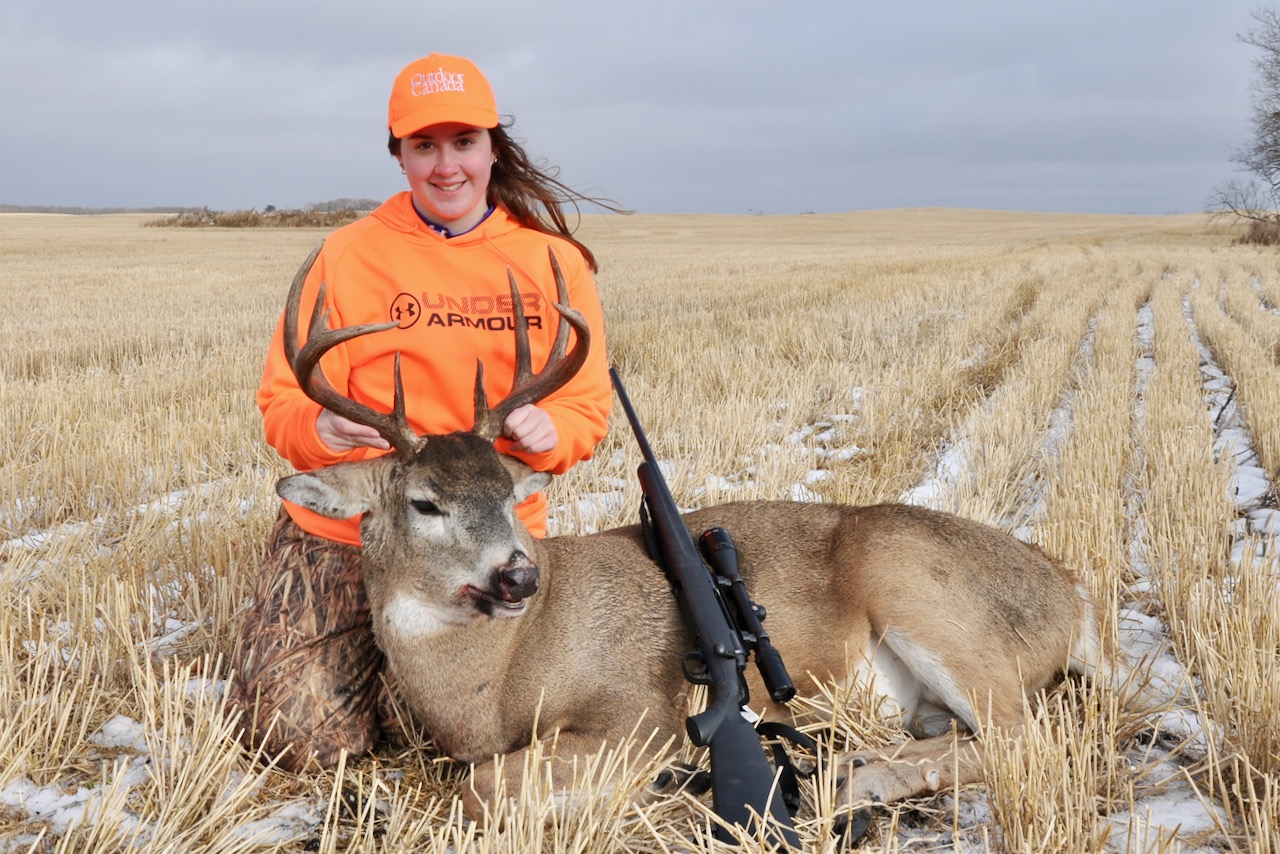 The author’s daughter is an avid hunter
Hunting

A single chromosome is no reason to keep girls from hunting

A single chromosome is no reason to keeps girls from hunting

When I first started hunting many years ago, it was rare to find women afield. Things are changing, however, as I’m now seeing more and more female hunters in magazines, social media feeds, TV hunting shows and hunting camps, as both guests and guides. Although things are changing, I am of the firm opinion that many people still don’t give girls the same chance to go hunting that boys get.

Growing up as the only boy in a family of four kids, I was given the opportunity to head afield and hunt with my dad while my three sisters stayed home. I learned to appreciate nature and the great outdoors, but my sisters were never given the same chance. At the time, I really thought nothing of it, as that was just how things were back in those days.

My attitude changed when I became a parent, however, and I noticed how interested my young daughter, Courtney, was in hunting and shooting. She would often sit quietly and soak in the stories of my adventures and the details of her older brother’s hunts. She had questions about our forays afield, and always wanted to look at, touch and even help process our harvested animals.

My daughter was far from a tomboy as a child. She was a typical young girl who enjoyed playing with dolls, wearing fancy pink clothes, taking dance lessons and chatting non-stop with her friends. However, I could also see Courtney had a huge interest in hunting and the outdoors. She would become a different person when discussions rolled around to those topics. Seeing that passion, I gave her the same chances her brother enjoyed to learn about hunting and experience outdoor adventures.

Long before Courtney was legally old enough to hunt, I’d take her scouting with me. During those trips, we would have contests to see who could spot the animals first, observe the most species and find the biggest deer or the largest flock of waterfowl. While those activities appeared to be mere games to Courtney, they were also lessons in identifying various animals, their habitat and their behaviours—skills she now uses while hunting.

Once Courtney was old enough to start shooting, I started her off plinking tin cans and targets with a pellet rifle. During those sessions, she quickly developed the proper hand-eye coordination to shoot well. Other than her ponytail, there was no difference between her and her brother on the range. She enjoyed the shooting sessions and always strived to do better and tighten her groups.

Before long, Courtney was using a .22 rifle and the targets started to get further and further away. When it finally came time for her to shoot larger hunting guns, I followed the same program I used with my son, starting her out with a .243, a 20-gauge and a muzzleloader with a lighter load. Why? Those firearms have a tolerable recoil, but they can still cleanly kill birds and big game.

Also similar to how I started hunting with my son, I only chose pleasant days to take Courtney afield so she could concentrate on enjoying the hunt and not worry about contending with the elements. As she began to embrace the thrill of the hunt, however, not even the worst weather could keep her at home. Today, hunting has become a passion and a lifestyle for Courtney, now 20 years old. She can easily switch from fancy clothes to camo in a heartbeat.

Based on my experience, I can confidently say that hunting and shooting are certainly not gender-specific activities. Yet while they can be enjoyed equally by males and females alike, I still know of too many families with girls who don’t hunt. It’s time for that to change.

I challenge everyone to take a girl or woman hunting, whether it’s your daughter, niece, girlfriend, spouse or whomever. Think of it as a win-win situation. Not only will she enjoy access to the outdoors and share in your passion, she’ll also boost the ranks of the hunting community—and give you yet another hunting buddy for years to come.