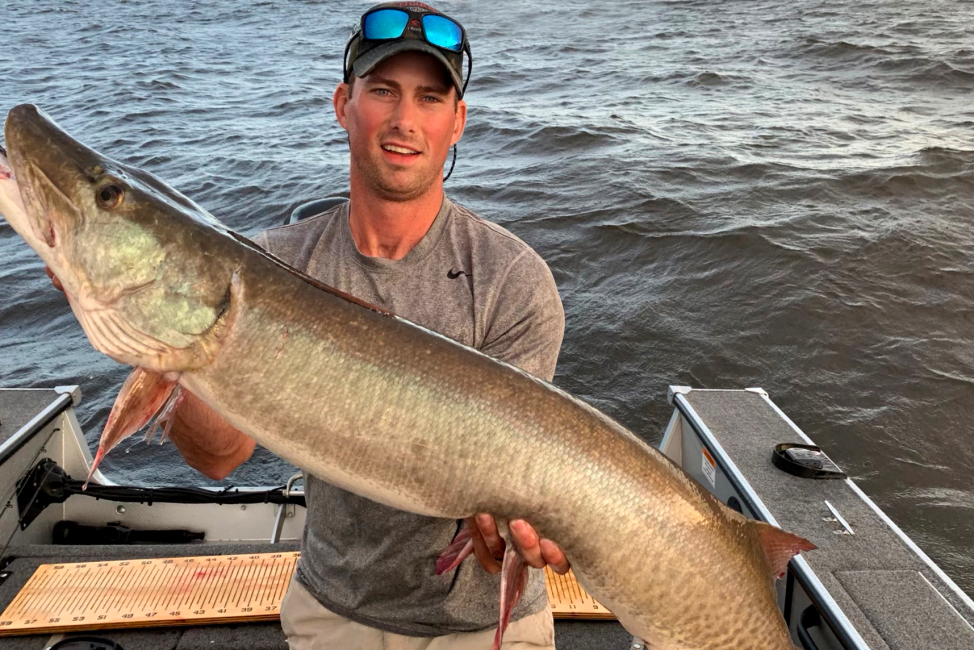 Massive muskies under the moon

If I was Matt Johnson, I would have driven straight to the nearest convenience store and bought a Lotto Max ticket after muskie fishing in the Morson area of Lake of the Woods a week ago.  Not only did Matt catch the same fish twice, two days apart, he did it at the same time and location.  And get this: his buddy Joe Sanderson sandwiched in an almost identical big toothy critter under the very same circumstances.

Matt, who hails from Inver Grove Heights, Minnesota, grew up fishing for walleye with his dad until, as he says, “I saw the light and started chasing muskies three years ago.”  Since then, he’s boated a dozen fish between 40 and 46.5 inches broke, and now he’s tied his personal best with the same 49-inch fish in a span of 72 hours.

“I caught it the first time at 8:40 in the evening on July 25th,” Matt says. “I was casting a dive-and-rise bait called a Coercer that is made by JL Lures.  The next day, my buddy Joe caught a 49-incher at the exact same spot at 8:20 pm.  He caught his on a nine-inch weighted perch-coloured Suick.”

Now, take a wild guess where Matt and Joe were fishing on the third night of July 27th?  Yep, on the same mid-lake reef.

“I caught it the second time at 9:20 in the evening,” says Matt.  “This time I was using a weighted black Suick.  What is mind-blowing, though, is that all three fish measured 49 inches and we caught them on the same reef, only a few feet away from each other.” 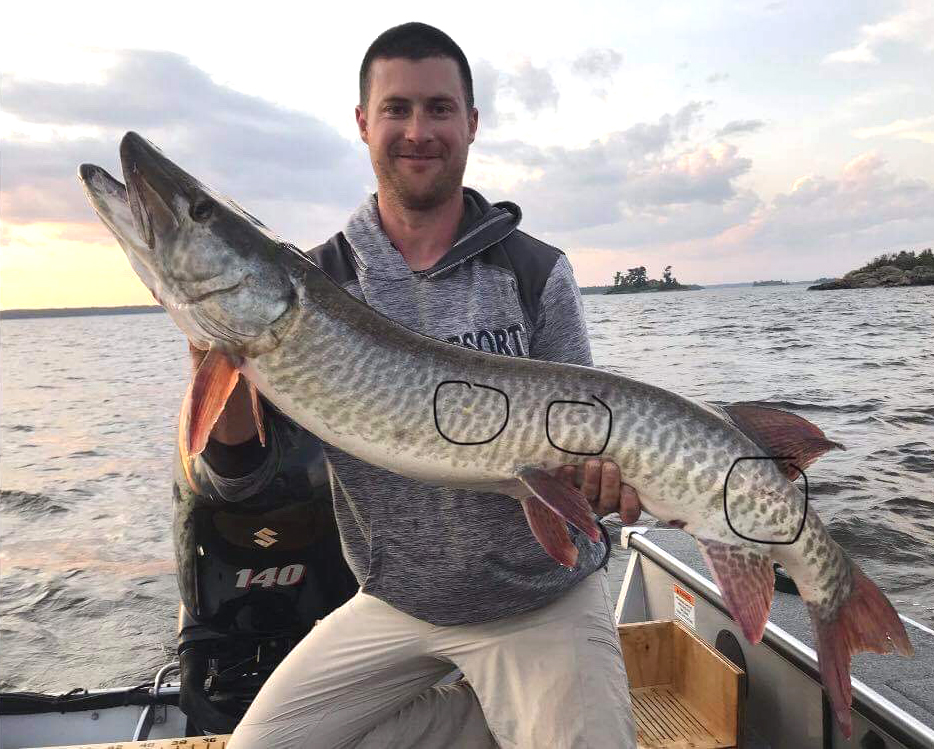 He goes on: “The shoal had a large rock just breaking the surface and was surrounded by 15 feet of water. We spent the first day and a half fishing shorelines and island structures and not seeing much other than small fish. So we decided to try the mid-lake stuff and it worked. But the big fish didn’t seem to be willing to eat during the day. They were only on the reef and catchable at sunset. We actually planned the trip for these days because moon underfoot coincided with sunset. We thought it would trigger the bigger fish to bite and it paid off!”

What Johnson’s fish also clearly demonstrates is the significant affirmative power of catch-and-release angling, especially for long-lived species such as muskies that can survive to be 35-plus years of age.

That’s exactly what my good friend and former OMNR colleague Dr. John Casselman showed in the renowned Muskie Cliethrum Project, which he completed with the late Dr. Ed Crossman. They found that reducing  the mortality of the oldest and biggest fish by just four per cent—through enlightened size regulations, harvest controls and improved handling techniques—has the same effect as increasing the annual recruitment of muskies by a staggering 70 per cent.

Imagine: Just a measly four per cent improvement in post-release survival, and we can almost double the muskie population in most of our lakes and rivers.