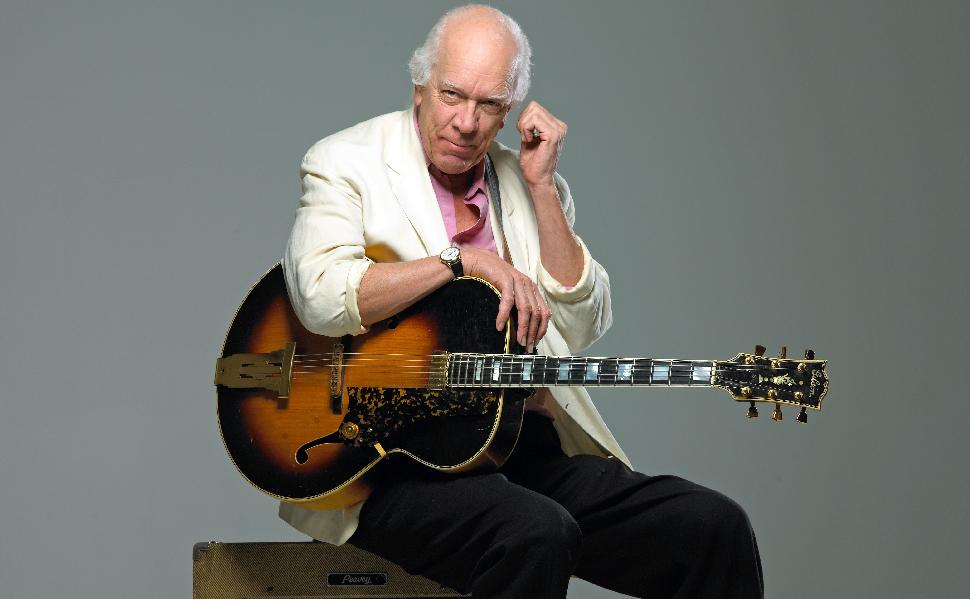 Alberta Axeman Pursues Trophy Fish All Across Canada. Here's Where He Goes.

Celebrated guitarist Amos Garrett may be best known for his solo on Maria Muldaur’s “Midnight at the Oasis,” but he’s also recorded a dozen albums of his own. Garrett’s playing spans every genre of roots music, from blues to country and, most recently, jazz on his 2013 album Jazzblues. Garrett has also recorded with more than 150 artists, including Stevie Wonder, Paul Butterfield, Bonnie Raitt and Emmylou Harris. An angler for 70 years—since he was four—Garrett has a particular passion for salmon and trout. Perhaps not surprisingly, he makes his home in the fly-fishing hot spot of High River, Alberta. Learn more: www.stonyplainrecords.com/amosgarrett

Why: Chance to fish a six-pool river with only five other anglers on it

Why: Lots of elbow room if you have a boat

Best Time: After July 15 (once the Stampede is over)

Why: The char (photo at end) are incredible, and a sure thing

Why: Open-water winter fishing for 20- to 40-pound Gerrard-strain rainbows and huge bulls

Best Lure: Your guide will know