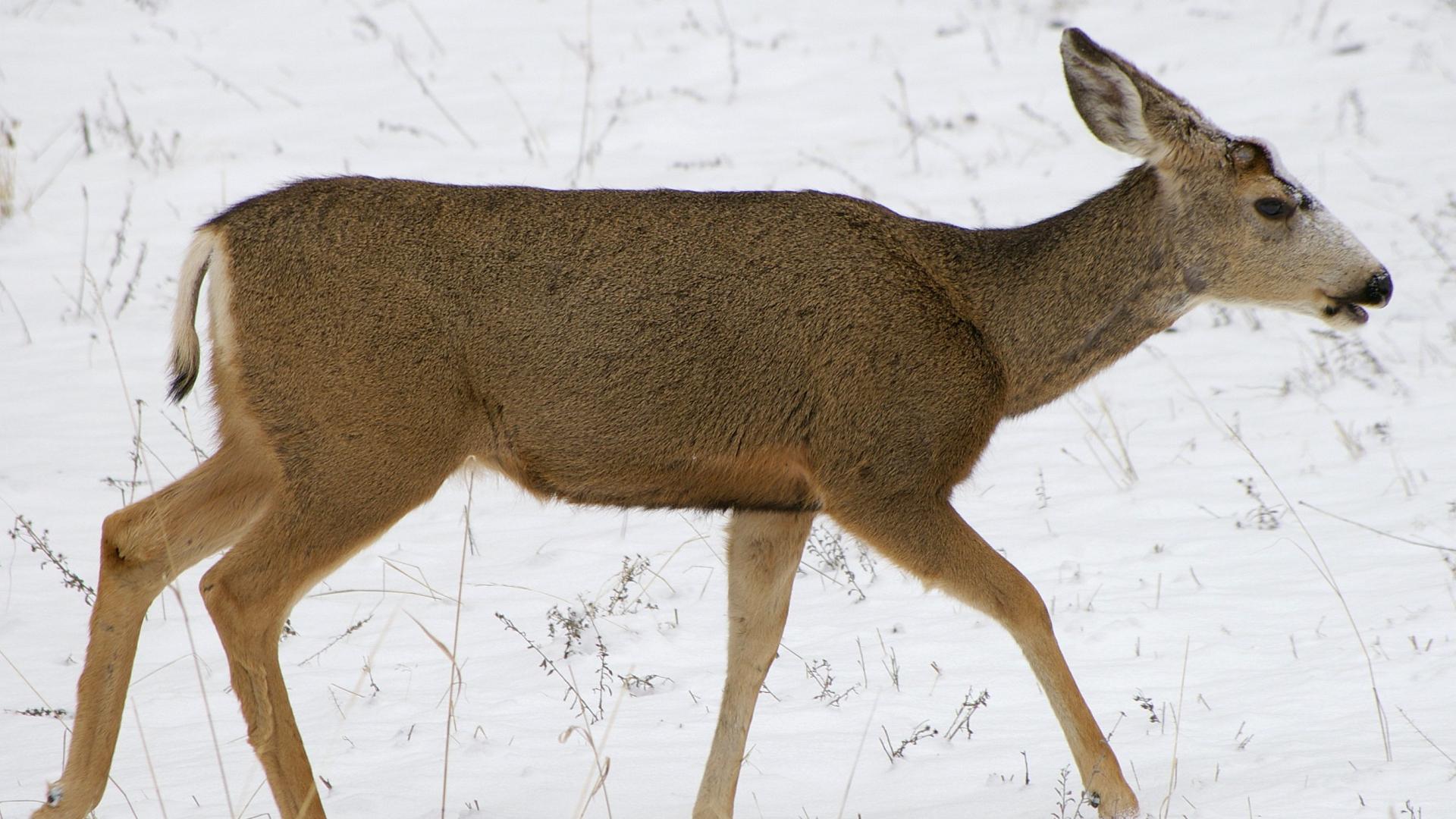 “You can’t eat antlers.” I’ve heard that phrase dozens of times over the years, usually from a somewhat defensive hunter who’s taken an antlerless animal. The stigma is clear: some hunters look down their noses at others who take antlerless animals as being less successful, or even less macho. And that stigma has only been exacerbated by the many TV hunting programs showing hunters taking one outstanding buck after another.

But this attitude is far from fair—if you’re one of those hunters who only focus on headgear, you should show more gratitude to others who are more than happy to put an antlerless animal in the freezer. And for good reason.

From a biological standpoint, the harvesting of antlerless game is a fundamental management tool in many areas of Canada with large populations of animals, particularly white-tailed deer. When wildlife managers want to reduce population densities, the increased harvest of does is the most sensible and practical option. Individual bucks will breed successfully with many does, so reducing their number has little impact on the size of the population in subsequent years. But by taking more does, there will be less reproduction.

Limiting population growth also reduces competition for high quality forage. And more quality food translates to rapid growth and high reproductive rates for the remaining animals. In part, that’s why some areas with antlerless harvest regimes continue with the practice season after season.

The positive benefits are many, including an ongoing stable, healthy game population and reduced impact on the forage base, which can benefit the entire ecosystem. There’s also fewer conflicts with people and more opportunities for hunters. Another good reason to harvest an antlerless animal is that its meat is nearly always fatter and better tasting than that of a big old buck. And for most of us, long after we’ve forgotten about the antlers we’ll still be enjoying scrumptious venison dinners. It’s a win-win situation across the board.

The positive benefits are many, including an ongoing stable, healthy game population and reduced impact on the forage base

As for those of you who only hunt bucks, another consequence of reduced population densities and less competition for quality forage is larger, heavier antlers. That’s reason enough why a devoted trophy hunter should pay tribute to those who harvest does—rather than contribute to the stigma of antlerless hunting. Clearly, many hunters have forgotten the euphoria of their first deer, and for most of us, that first deer was an antlerless animal. Can there be any greater trophy?

The whole notion of trophy hunting confounds many hunters and provides ammunition for anti-hunters. Many people associate trophies with sporting competition, but the prevailing opinion among hunters is that hunting is not, nor should it be, a sporting competition. Nonetheless, the association persists and it’s undoubtedly harmful to all hunters.

When we use the word “trophy,” what we really mean is “selective.” Many of us choose to pass on does and smaller bucks, opting instead for the challenge of fooling only the oldest and wisest animals in the bush. Often these animals are beyond the age when they contribute meaningfully as breeding animals, so their harvest can withstand scrutiny in virtually any management regime. And while “selective” accurately describes holding out for a big buck, it can apply just as equally to choosing to take an antlerless animal.

This past fall, for example, I once again set my sights on filling my buck tag. And make no mistake, I was looking for the biggest, baddest buck that roams the forest where I hunt. But first, I aimed to fill my antlerless tags early in the season, ensuring the full freezer my family demands. After all, taking an antlerless animal fulfills my meat needs while giving the local bucks every chance to reach their maximum size.

It’s true, you can’t eat antlers. But there’s no need to be defensive when you say it.