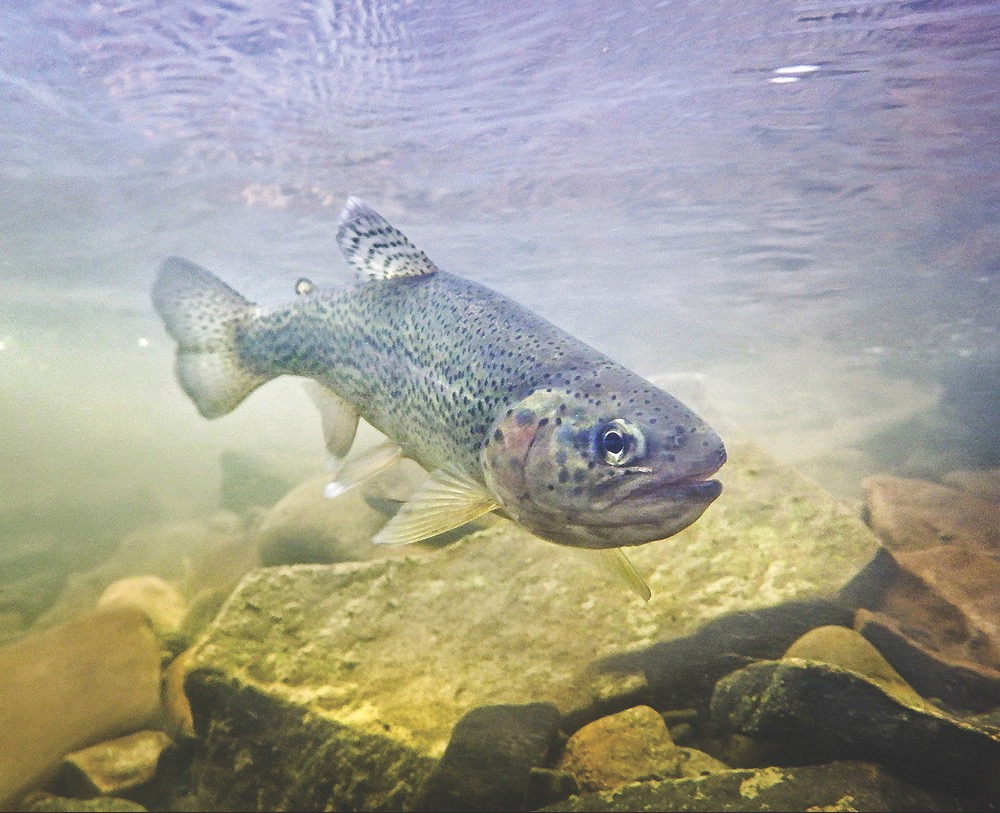 Canada’s land use is creating deadly problems for fish. Here’s why

Years ago, I discovered a forgotten population of a rare native fish in a small, moss-lined stream west of Hinton, Alberta. Golden in colour, heavily spotted and with a dark scarlet rainbow stripe down each side, those unique Athabasca rainbow trout seemed distilled from the spruce forest and ochre waters in which they had evolved. They’re gone now, however. Instead, the stream is crowded with little eastern brook trout. Native to eastern Canada, the species was turned loose in most western waters by early misguided fish culturists who never thought the exotics might crowd out the natives.

Last year, Canada’s Committee on the Status of Endangered Wildlife In Canada classified the Athabasca rainbow trout as an endangered species. That’s one step away from extinction. And extinction, as they say, is forever.

Competition with brook trout isn’t even the Athabasca rainbow’s biggest problem. Habitat damage is what’s wiping them out. The boreal forests where their streams arise are extensively logged and developed for coal, oil and gas. With industrial development has come an increase in motorized recreational use. Increasingly, the streams where the rainbows live are becoming clogged with silt that erodes from the impaired land. They’re also growing warmer from shrinking groundwater springs and reduced forest cover.

ALL ALBERTA TROUT AT RISK

Athabasca rainbows aren’t the only kind of trout suffering from land over-exploitation. In fact, every single native species of stream-dwelling salmonid in Alberta is now classified as at risk.

Native westslope cutthroat trout—abundant when I started fishing six decades ago—now occupy less than 20 per cent of their original range. They’re classified as threatened, one step up from endangered, and running out of time.

Alberta’s official provincial fish, the bull trout, is also officially threatened. In the rivers of the foothills, bull trout can grow up to a metre in length before migrating to the headwater creeks where they spawn. Most migratory bull trout stocks have vanished because of river-blocking dams. Surviving stocks only spawn where groundwater springs emerge into clean stream gravel, but landscape damage has reduced groundwater recharge while also increasing mud runoff into the spawning beds.

Another salmonid, the Arctic grayling, is rare or missing from streams that were popular fisheries as recently as four decades ago. They’re now classified as a species of special concern in Alberta.

It’s a similar story all across Canada. In B.C., stream habitat damage from poor land-use management is one of myriad challenges pushing many salmon stocks to the brink. In Ontario, Quebec and the Maritimes, native brook trout are at risk in their home streams. Alex Meeker, Trout Unlimited Canada’s Ontario biologist, says that brook trout may have lost as much as 80 per cent of their original stream habitat to dams and watershed damage from logging, off-road vehicles and urban development. Angling groups now invest countless volunteer hours trying to give brook trout back at least some of the clean, cold waters and sheltered habitats they once had.

Fisheries management is often viewed as a matter of setting angling seasons and possession limits, as if the only problem a fish ever faces is the risk of getting caught and eaten. But the challenges driving our native trout and grayling ever closer to extirpation don’t originate in the streams. The big habitat problems are created by how we use the land, which is where all the water and sediments in a trout stream come from. “Fish are a product of their watershed,” says Alberta fisheries biologist Lorne Fitch. “So, everything we do in a watershed runs by, or through, a fish. If fish populations are not doing well, it tells us something about how we have treated the land.”

Anglers would do well to keep reminding politicians and regulatory agencies that tinkering with fishing regulations might be important, but it isn’t going to save our native trout and grayling. Provincial governments must give urgent priority to strategic watershed planning and start dialing back the over-exploitation and motorized abuse of land. Trout aren’t products of streams; they are products of watersheds. And all across Canada, our native salmonid fishes are in trouble because their watersheds are in trouble.