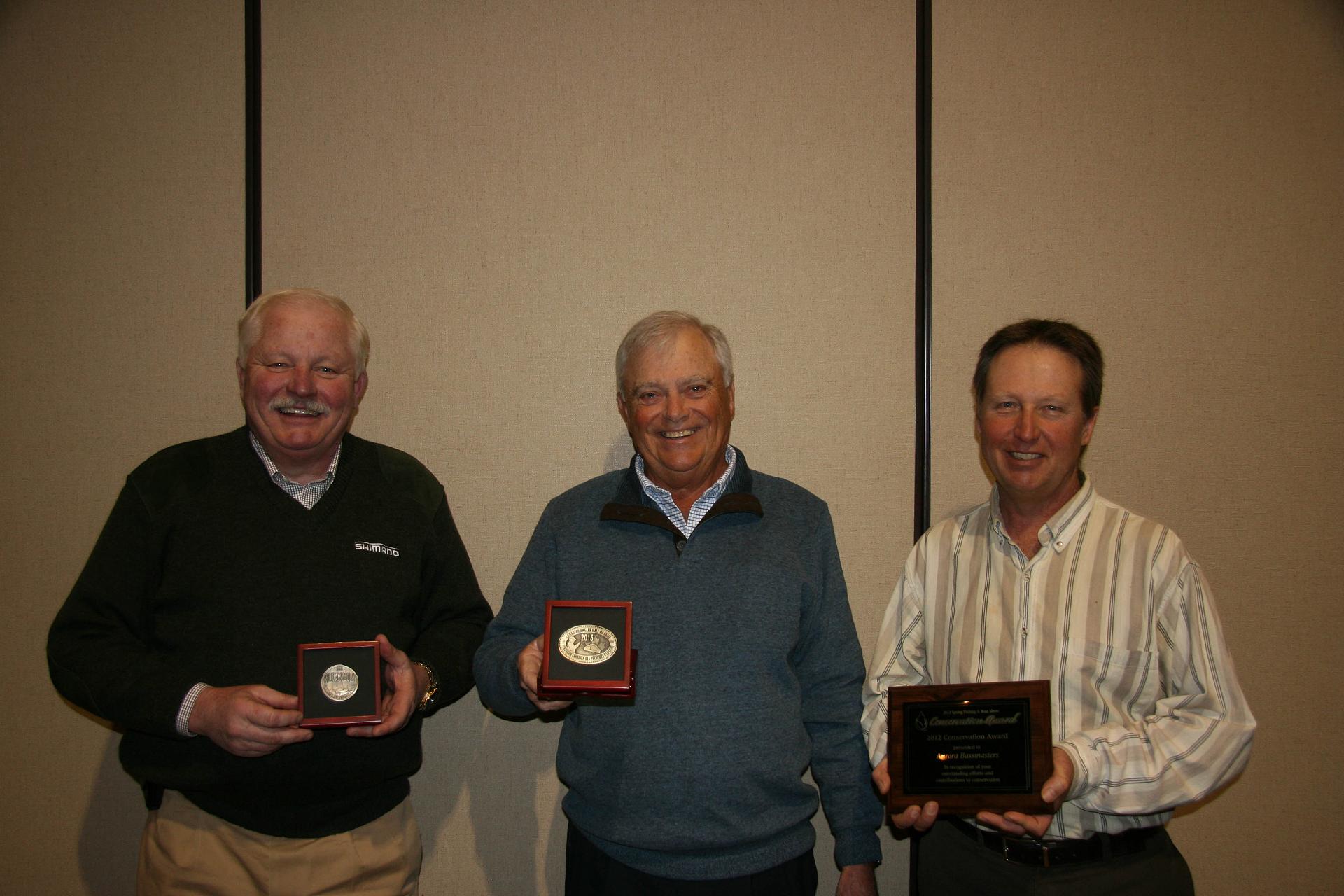 The Canadian Angler Hall of Fame has honoured its most recent inductee, as well as recipients of the 2013 Rick Amsbury Award and the Conservation Award.

During an industry breakfast at the Spring Fishing and Boat Show on February 15,  Rick Morgan was named the 2013 Angler Hall of Fame inductee. A long-time advocate for sportsmen and women in Ontario, Morgan retired as executive vice-president of the Ontario Federation of Anglers and Hunters in 2001. Presenter Phil Morlock dubbed the federation as “one of the loudest voices on our behalf in Ontario and beyond,” and noted that Morgan was at the helm during some of the group’s biggest achievements. The reintroduction of wild turkey and elk, growth in membership and the emergence of youth programs, hunter safety initiatives and Angler and Hunter Television all came as result of Morgan’s leadership and the team he put in place, Morlock said.

“Working for the OFAH was not a nine to five job,” conceded Morgan, but he said he was happy to spend so much time working for the future of fishing and hunting. “The love of our sport never goes away and hopefully the dedication of people like us never goes away,” Morgan said upon accepting his award.

Next, Phil Morlock was called to the podium to accept the Rick Amsbury Award, which is “presented annually to an individual(s) judged by the angling community based on their outstanding performance put forth through the course of the year.”

In his introduction, award presenter Big Jim McLaughlin called Morlock a tireless lobbyist—both in Ottawa and Washington. “Phil is right on the front lines. He’s the guy that fights it all for all of us. He’s right on top of it,” McLauglin said.

In his acceptance speech, Morlock said he was humbled by the award and considered Rick Amsbury a close friend. “Many of the things that we work on today were started by Rick,” Morlock said, adding, “and he was like a family member at my house.”

Finally, the Conservation Award was given to the Aurora Bassmasters for their unflagging work on the bass fishery of Lake Simcoe and region. The group’s conservation director, Wil Wegman, accepted the award and thanked the many volunteers who spent many evenings, often up to their knees in mud, working on various conservation projects.

The Spring Fishing and Boat Show continues all weekend, including the Family Day Holiday this Monday. For more information click here.