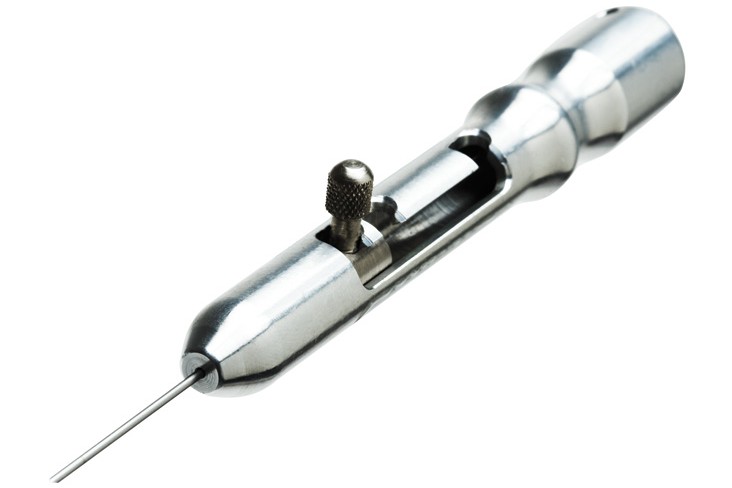 Does fizzing actually save fish?

Gord Pyzer tackles the question on many anglers' minds: To fizz or not to fizz?

To fizz or not to fizz? With apologies to William Shakespeare, that’s the question on the minds of many anglers these days. Also known as venting, fizzing involves puncturing a fish’s swim bladder with a hypodermic needle to release excess air—all in the name of helping the fish survive the effects of being pulled up too quickly from deep water.

There’s certainly no shortage of opinions on the tactic. Some tournament officials routinely fizz every fish that comes to the weigh-in scales, while others strictly forbid it. Some biologists champion the procedure, though most fish and wildlife agencies caution against it, arguing it’s a technique of last resort best performed by trained professionals.

So, who’s right? Is fizzing a death sentence or a life-saving procedure more anglers need to learn? The answer, as with most contentious issues, is not entirely clear cut.

The reason for fizzing, at least, is fairly straightforward. Imagine taking a balloon down 30 to 50 feet to the bottom of a lake, filling it with a small quantity of air, then sealing it and letting it rise up—the balloon will rapidly expand and possibly even explode when it reaches the surface. Now think of a fish’s swim bladder as if it were a balloon. When you catch a bass, perch, pike or walleye in deep water and reel it up to the surface, the same thing happens.

Essentially, the decrease in water pressure causes the gas-filled bladder to inflate, often pushing the fish’s stomach into its mouth. So when you release the fish, it likely won’t be able to swim back to the bottom. It may try, but unless the swelling is minor, and the fish is strong enough to counter the buoyant effects of the enlarged swim bladder, it will struggle, tire itself out, float back to the surface, roll onto its back and eventually suffocate.

For decades, divers have known about the potentially lethal effects of ascending too quickly from deep water. The threat of decompression sickness, or the bends, is why they often wear heavy lead weights around their waists, which slows their rise to the surface. Of course, hooked fish can’t control their ascent from deep water, and that’s where fizzing

Not all species are as susceptible to “barotrauma,” mind you. Much depends on whether the fish has a pneumatic duct connecting its swim bladder to its esophagus and mouth—as is the case with lake trout, salmon and whitefish—allowing it to expel surplus air and avoid a hyper-extended swim bladder. That’s why you can often hear lake trout and whitefish burping and gurgling when you land them. In effect, the pneumatic duct acts as a release valve that prevents the bladder from inflating, making these species ideal candidates for deep-water catch-and-release fishing.

Unfortunately, the same cannot be said for bass, crappies, muskies, perch, pike, walleye and most other species that lack pneumatic ducts. No matter how slowly you bring these fish to the surface from deep water, you won’t be able to prevent their bladders from inflating. In fact, reeling them up slowly may simply exacerbate the situation, and make their

As a general rule, these fish will suffer distended bladders if you pull them up from deeper than 28 feet, or one atmosphere of pressure (the exact depth varies with altitude). And the deeper you fish, the more severe the problem. The most obvious solution, then, is to avoid fishing in such deep water.

Indeed, most skilled anglers learned long ago that, regardless of the species, all the fish in a particular body of water are rarely in the same place at the same time. So, you can usually find some fish frequenting shallow water, others swimming in deep holes and many more in the depths in between. More to the point, the biggest and most active bass, crappies, muskies, pike, perch and walleye are often found much shallower than most anglers realize. Concentrating on these easier-to-catch fish allows you to avoid fizzing altogether.

Of course, if you fish shallower than, but close to, the critical 28-foot depth, you can’t discount the chance of catching fish that have recently spent considerable time in deeper water and only recently moved up. Hook one of them and it’s possible you’ll encounter the same decompression problems.

Still, even these fish are not automatically candidates for fizzing. If you release them immediately, they’ll invariably swim back to the bottom, particularly if you keep them in the water while removing the hook. That’s because the water cushions the fish and slows down the ballooning process. Even if you net a large fish, it will also invariably scoot back down to the bottom, none the worse for wear, as long as you release it quickly.

Problems usually only occur with fish hooked near the 28-foot mark when anglers take an inordinate amount of time releasing them, or they place them in a livewell. Far too many anglers mistakenly believe if they place a fish in the livewell, it will aid in deflating the swim bladder and they’ll be able to safely release the fish later in the day. But this is simply not the case.

Still, tournament anglers are sometimes forced to put fish in the livewell even if they’ve caught them below one atmosphere of pressure. When the bass or walleye subsequently lies on its side, or worse yet, floats upside down, it’s a sure sign the fish is stressed.

upright, allowing it to conserve its energy. The best clips I’ve found are 1.4-ounce FlipClips. I used them on a limit of three six-pound-plus walleye at last year’s Lund Angler Young Angler International Championships, when I guided the third-place team from Travers Dam, Alberta. When it was time to weigh the fish, I had to chase them around the livewell they were so frisky.

Ideally, anglers should do everything possible to avoid fizzing. Dirty needles can cause infections, and if you miss the bladder by a mere millimetre you can rupture vital organs and kill the fish. That said, if you must fizz, it behooves you to do it properly. The process starts by recognizing that the position of the swim bladder and, more importantly, the point where you insert the needle vary depending on the species and the size of the fish.

To fizz or not to fizz? The answer is up to you, the individual angler. Just keep your fingers crossed that you did the right thing.

BASS Federation has arguably developed the safest and most effective tool for fizzing all species of fresh- and saltwater fish. The Pro Fizz FZ-1 is a retractable, spring-loaded, 18-gauge needle designed to not accidentally deploy. A key feature is that it creates a tiny C-shaped flap that quickly heals. The tool also features two fizzing settings: one for fizzing through the side of the fish, and the other for through its mouth.