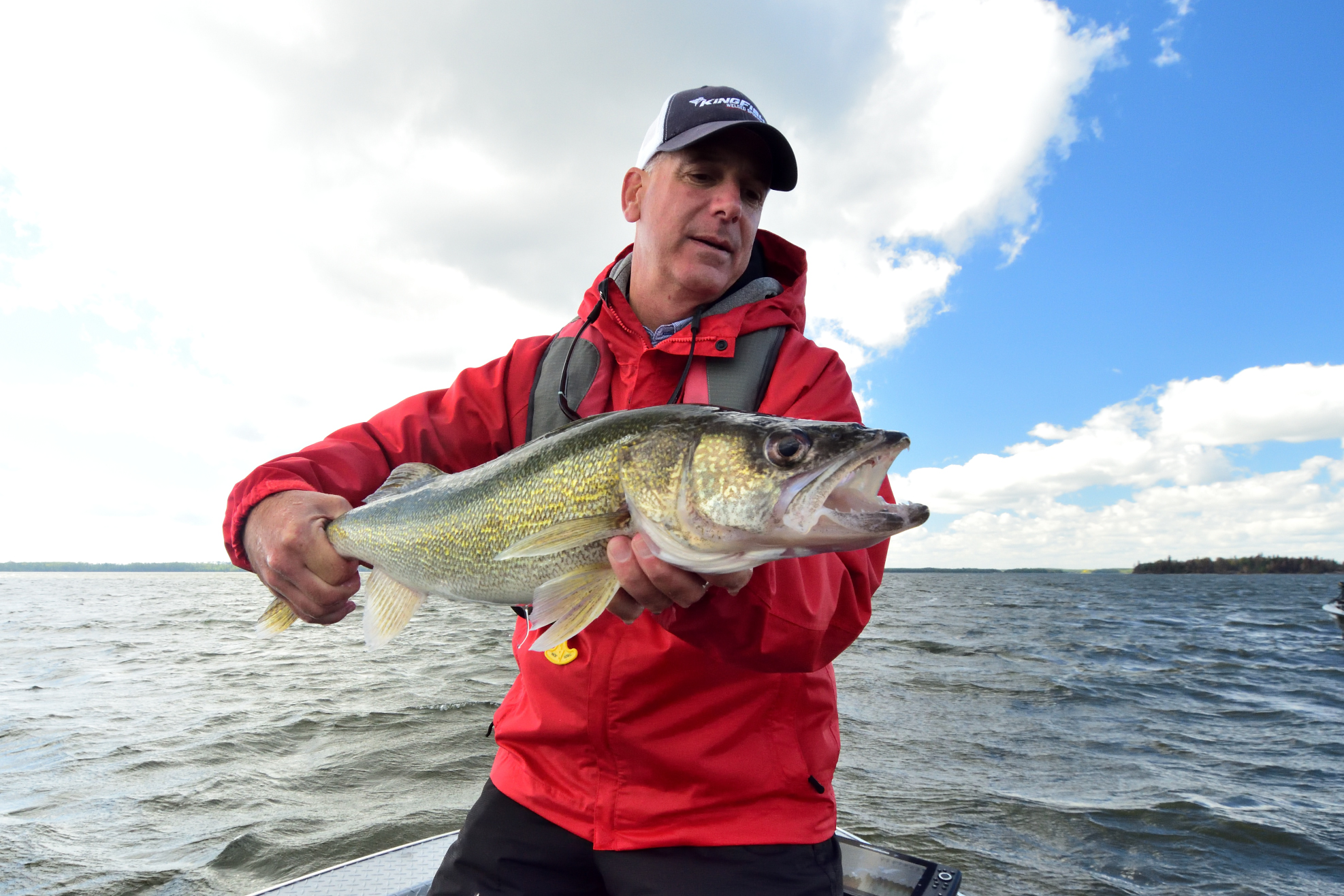 An underwater video you'll have to see to believe

Okay, put yourself in Gilbert Cheff’s shoes. You’re fishing for walleyes on opening day in a river system near Timmins, Ontario, and you suddenly start banging into rocks and logs with your electric trolling motor. But your sonar unit shows that you are in eight feet of water, and there are no obstructions anywhere.  If it happened only once or twice you wouldn’t pay it much attention. But you keep banging into “ghost logs” all morning long. I suspect if it continued unabated, as it did for Gilbert, you’d eventually drop down an underwater camera and find out what the heck is going on. Well, that is what he did and guess what he saw? A school of male walleyes banging into the motor, beside the twirling prop.

Mutual friend David Reid sent me Gilbert’s short video, and asked what I thought the walleyes were doing.  I can only speculate that the males were so love struck, that they mistook the size and shape of the electric motor head to be a female walleye.  So they nudged up against her, err, it, and did their thing.

I’ve long been a proponent as well, that the next and potentially last frontier in fishing is going to be related to sound and vibration. There are simply too many occasions when we see fish pull in behind our lures, track them for considerable distances, detect a specific frequency or vibration that convinces them it is real, and attack it without mercy.

Paddletail swimbaits are a good case in point. It is rare to catch a bass, walleye, pike or muskie around the lips with one of the soft plastics. Instead, you usually find the lures well down the fish’s throat. In the same way, I think the male walleyes mistook the size and shape of Gilbert’s electric motor head to be a female fish. Then the vibration emitted by the propeller convinced them it was a living, breathing, ripe female that wanted to deposit her eggs.

Here is the short video of the action that I think you will enjoy.  Who said there is nothing new to report in the world of fishing?