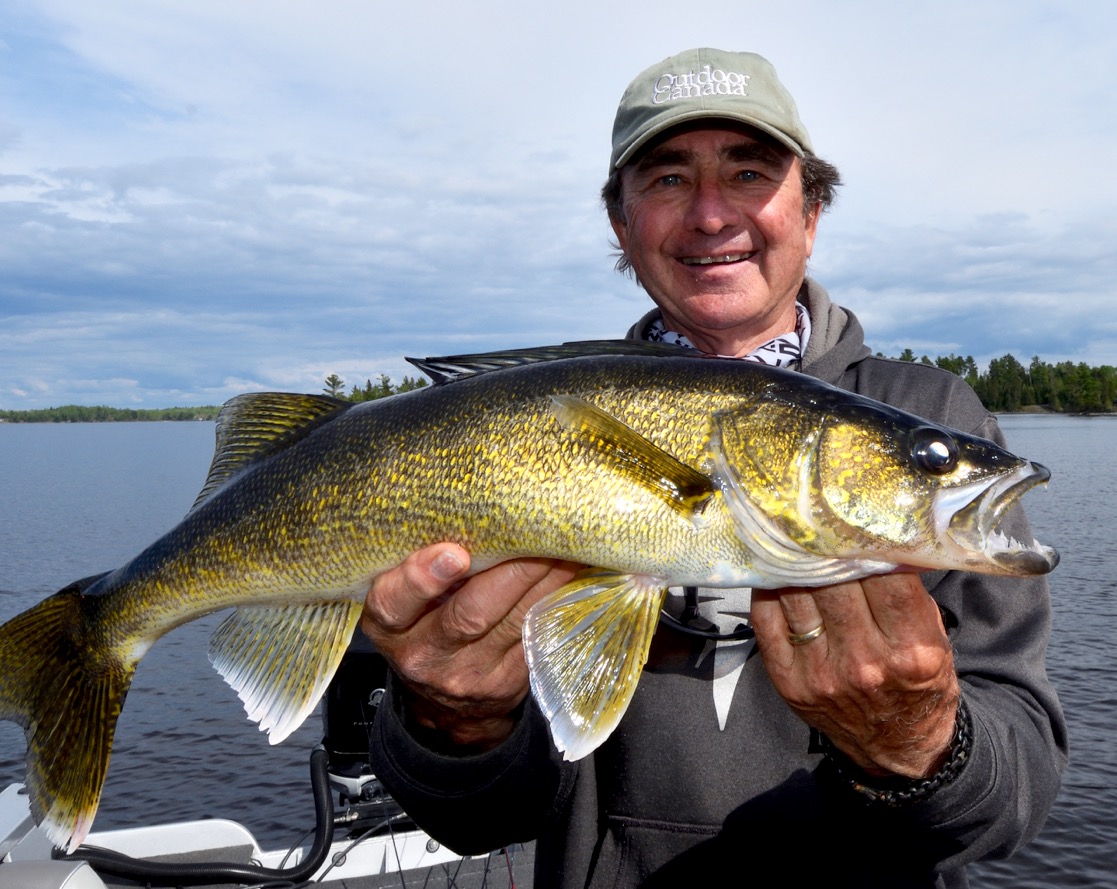 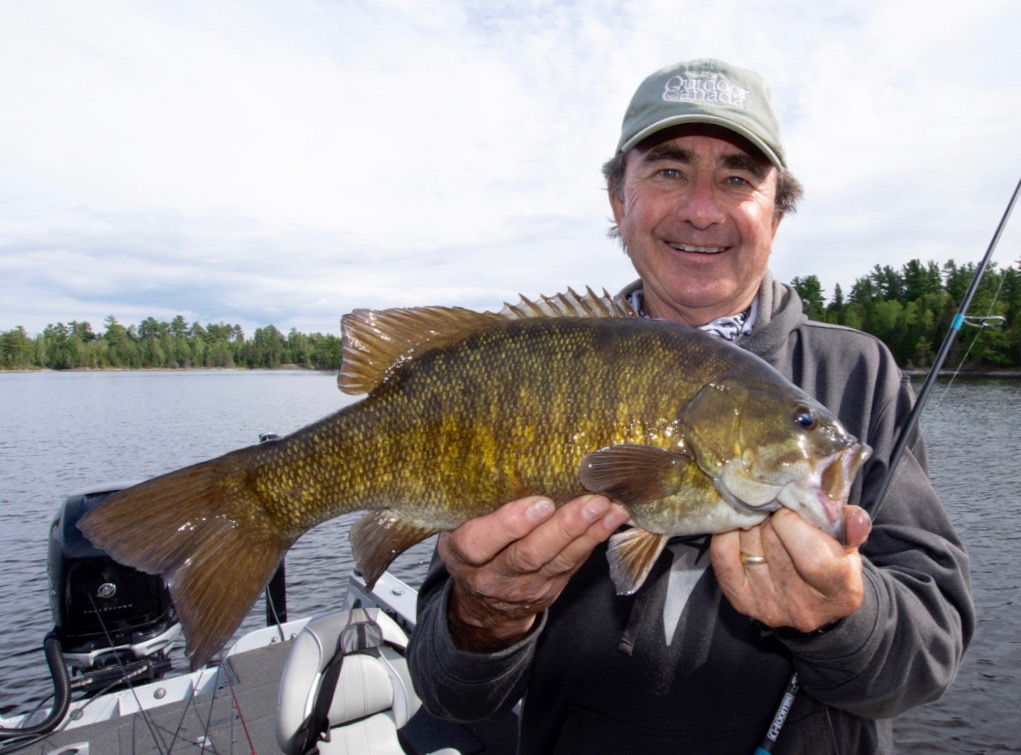 I like to think of the fish adapting to autumn’s shifting conditions as though they were riding an escalator in a big store—early in autumn, warm-water fish ride the escalator down one level from the top floor, while cold-water species hop on in the basement and head up a level. By mid-fall, you’ll typically find all of the fish crowded together on the same middle floor. When that happens, you can be certain the water temperature has become consistent from top to bottom, and that the fish—predators and prey alike—have found the zone of maximum stability, food and comfort.

I remember one trip last autumn when I hit this peak perfectly. It was a gorgeous blue-sky afternoon with the sun shining brightly and the wind subdued. I was fishing in my boat in about 30 feet of water, wending my way along the edge of a large shelf that extended out from shore. At the outer perimeter, the shelf suddenly broke steeply, like a toboggan run down to the main lake basin. There was also a scattering of isolated boulders and wheelbarrow-sized rocks near the rim that the fish were nuzzling up against.

I fired it out a 5½-inch swimbait attached to a 3/4-ounce bullet-head jig, let it sink, then started a relatively aggressive retrieve, lifting the bait and making brief pauses while keeping it close to the bottom. You can only do that when you tie on a much heavier jig than normal—I’ll routinely use a full ounce—so you’re not forced to slow down and feel for bottom.

As I reeled the thumping paddletail back to the boat, I felt a sharp tug and set the hook smartly into the mouth of a thick-bodied, 24-inch walleye. After releasing the fish, I fired the lure back to the isolated rocks on the edge of the structure, let it plummet again on slack line and started the same retrieve. Only this time, I hadn’t made three turns of the reel handle before I felt another fish, this time a beautiful four-pound smallmouth, take the bait.

Now, are you ready for this? As I prepared to make my third cast, I happened to glance down at the sonar screen and spot a fish suspended a foot or two off the bottom, directly under the transducer. I reckoned it was another smallmouth that had followed in the one I’d just released, so I quickly opened up my bail and dropped the jig over the side of the boat. It was no bass. Instead, a 25-pound lake trout tried to rip the rod from my hands. In three casts, I’d caught a warm-water, cool-water and cold-water fish using the same bait on the same spot.