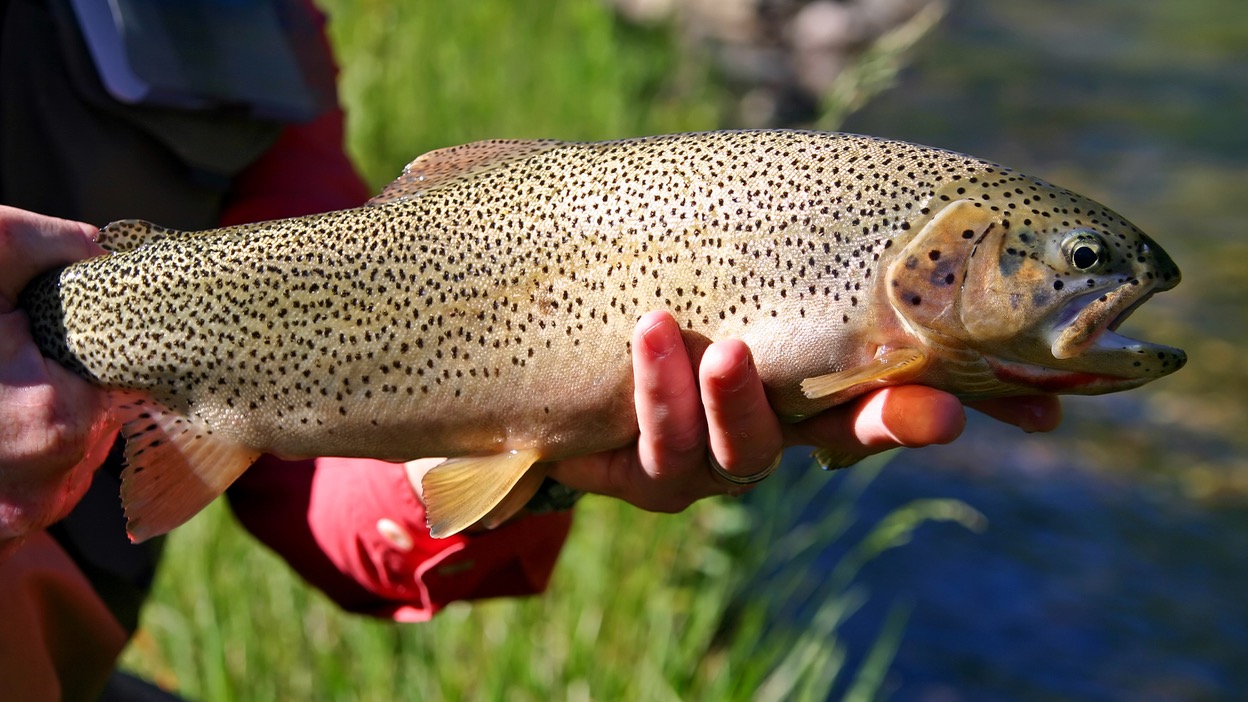 Fish-killing whirling disease has infected the Bow River. Now what?

Officials are scrambling to develop a strategy, but the prognosis is grim

One fisheries biologist I spoke with described it as the chronic wasting disease of fish, not so much because of the way it affects fish, but because of the mystery surrounding it. And that’s the problem with whirling disease—it’s uncertain how long it’s been in Alberta, how it got here and what can be done to control it.

Caused by Myxobolus cerebralis, a microscopic parasite that infects the nervous system of fish, whirling disease is so-named because its victims typically swim in a whirling pattern, then die. It can affect brook, brown, bull, cutthroat and rainbow trout, as well as mountain whitefish and salmon.

In Alberta, the disease appears to be most prevalent in rainbows, and there’s considerable concern over westslope cutthroats, which are classified as a species at risk. It’s quite possible that many isolated populations of cutthroats in high mountain streams could become extirpated.

How did it start?

The disease was first identified in the U.S. in the 1950s, but it was only discovered in Alberta last August, in Banff National Park’s Johnson Lake. Most biologists, however, believe it’s been around much longer in the province, considering neighbouring Montana has had the disease for more than 20 years. Since that first case was confirmed in Johnson Lake, more than 50 additional cases have been confirmed throughout Alberta’s Bow River drainage. That’s prompted the Canadian Food Inspection Agency to declare the entire Bow River watershed as infected.

Cases of whirling disease have also been confirmed in two commercial fish hatcheries, leading to a quarantine on all commercial hatcheries in the province until inspections can be conducted. One producer I spoke with expects his business to be down by nearly 90 per cent this year, even though his facility is free from whirling disease. It’s also expected that Class A commercial fish culture licences will rise from the current $100 fee to $7,500, adding increased hardship to the beleaguered industry.

As is the case with CWD in cervids, fingers have been pointed in all directions as to the origin of whirling disease in Alberta’s trout. Most biologists I’ve spoken to believe it likely entered the province a decade or more ago via anglers who improperly cleaned their fishing gear after visiting Montana. Few believe the disease originated in Alberta’s commercial hatcheries, suggesting instead they contracted it from shared water sources with wild Bow River populations. It’s my understanding that both of the fish farms with whirling disease had ties to the Bow River watershed.

What can be done?

Now that the disease has been identified in Alberta, officials are scrambling to come up with a strategy to deal with it, leading some to criticize officials for not already being prepared. Along with the fish farm quarantines, the province is launching a public awareness campaign on how anglers and others can avoid spreading the disease. As well, Parks Canada officials were considering draining Johnson Lake to kill off the disease-causing parasite, but now that the disease is far more widespread than first thought, those plans have been put on hold.

The truth is, there’s little that can be done other than to let the disease take its course. The short-term effects can be devastating, and the long-term prognosis can vary widely. In Colorado where streams are heavily stocked and there’s poor spawning habitat, for example, the recovery of populations ravaged by whirling disease has been slow. In many rivers in Montana, however, wild populations have rebounded much faster than expected.

If there’s any good news out of this story, it’s that fall spawners such as brook trout and Alberta’s provincial fish, bull trout, are less susceptible to the disease than other species. That’s because their fry emerge in the winter months, when the water is still very cold and the infection rate is much lower. It also appears that some populations of rainbows in Montana have a natural immunity, so who knows what the end effect will be on trout here.

The best we can hope for is that anglers become increasingly vigilant and properly clean their fishing gear when moving between waterbodies, keeping whirling disease confined to the Bow River drainage. And that nature itself finds a way to rein in this latest threat to our magnificent fisheries.