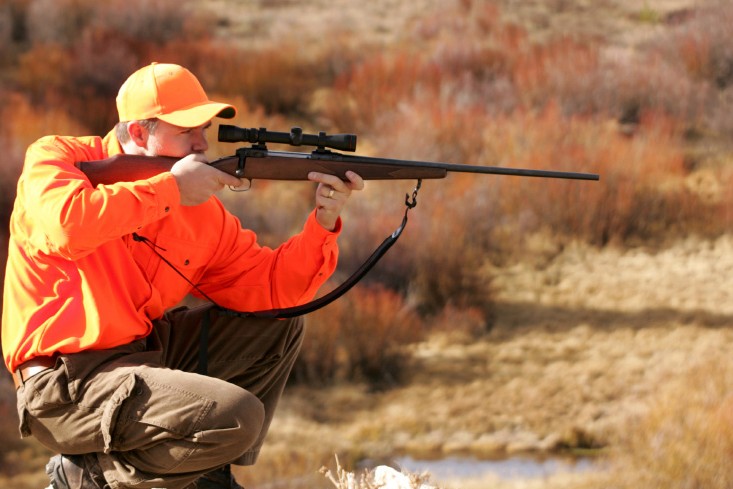 Getting a Lightweight Rifle

Do you have your sights on a new lightweight rifle? Here's what you need to know-before you buy

Along with the trend these days toward new and faster cartridges is a movement to lighter rifles. In part, that’s because many of today’s popular short-action magnums are marketed as meeting the ballistic characteristics of more traditional rounds, yet they’re built on shorter actions-and this translates into lighter actions and, as a result, lighter rifles. But are lighter rifles really better for hunting? It all depends.

Rifles weighing 7.25 pounds or less are typically described as lightweights, or ultra-lightweights if less than six pounds. To get the weight down, manufacturers make one or more of the following modifications: replace the traditional wood stock with a synthetic one; reduce the stock length; increase the barrel taper; shorten the action; use steel alternatives; or shorten the barrel length. Each of these changes brings both advantages and disadvantages, and the wise hunter should understand the trade-offs before laying down his money.

To get the maximum performance from magnum cartridges, you generally don’t want anything shorter than a 24-inch barrel, or you’ll end up with reduced velocities. For example, the downrange performance of a 7mm Rem. Mag. through a shortened barrel would be similar to that of a .280. At the same time, recoil and muzzle blast would increase significantly—a negative trade-off of any magnum cartridge.

At the other end of the rifle, some manufacturers have shortened the length of the butt stock to reduce weight, but this impacts the length of pull-the distance between the face of the trigger and the centre back of the stock. The trade-off here for many hunters is a rifle that fits poorly, resulting in greater felt recoil. And when you combine a reduced stock length with a shorter barrel and less steel in the action and barrel, you get a magnum calibre rifle that really kicks like a mule. If you’re afraid to shoot your rifle, or are even thinking about the imminent recoil when you should be concentrating on the shot, your accuracy can’t help but be affected.

Shorter, lightweight rifles are also more difficult to swing smoothly on running game. Ask shotgunners and they’ll tell you that, everything else being equal, they invariably swing more effectively and shoot more accurately with a longer, not shorter, barrel in most hunting scenarios. That’s because the tendency is to point, not swing, a lighter and shorter gun. And even if you do get it moving, you don’t have as much momentum to help ensure you maintain that all-important swing after pulling the trigger.

So, am I down on lightweight rifles? Not necessarily, as I believe they offer advantages in some hunting situations. I’m an avid still-hunter, for example, and on a typical deer hunt I’ll walk most of the day, making a light rifle an ideal choice.

If you’re considering a lightweight, however, I do recommend you think carefully about properly matching your rifle and cartridge. Back to my still-hunting example, I shoot a .25-06 that weighs around six pounds, thanks to a synthetic stock and 22-inch barrel. With this barrel length in this calibre, I’m not sacrificing much velocity, and the recoil is highly tolerable. I can carry this rig all day long and shoot it confidently and accurately when the occasion arises. As a result, I believe I’ve done a good job matching the cartridge to the rifle. And both the cartridge and the rifle are in turn well suited to this type of hunting.

Beyond still-hunting, lightweight rigs also benefit those who hunt the mountains. In some cases, they’re also suited for the thick woods or when hunting from horseback. For these situations, it’s actually a shorter barrel you want, which often, though not necessarily, means a lighter rifle.

Yes, lightweights have their place. Just make sure you know where it is.

For those in the market for a lightweight rifle, consider the following before deciding what to buy: