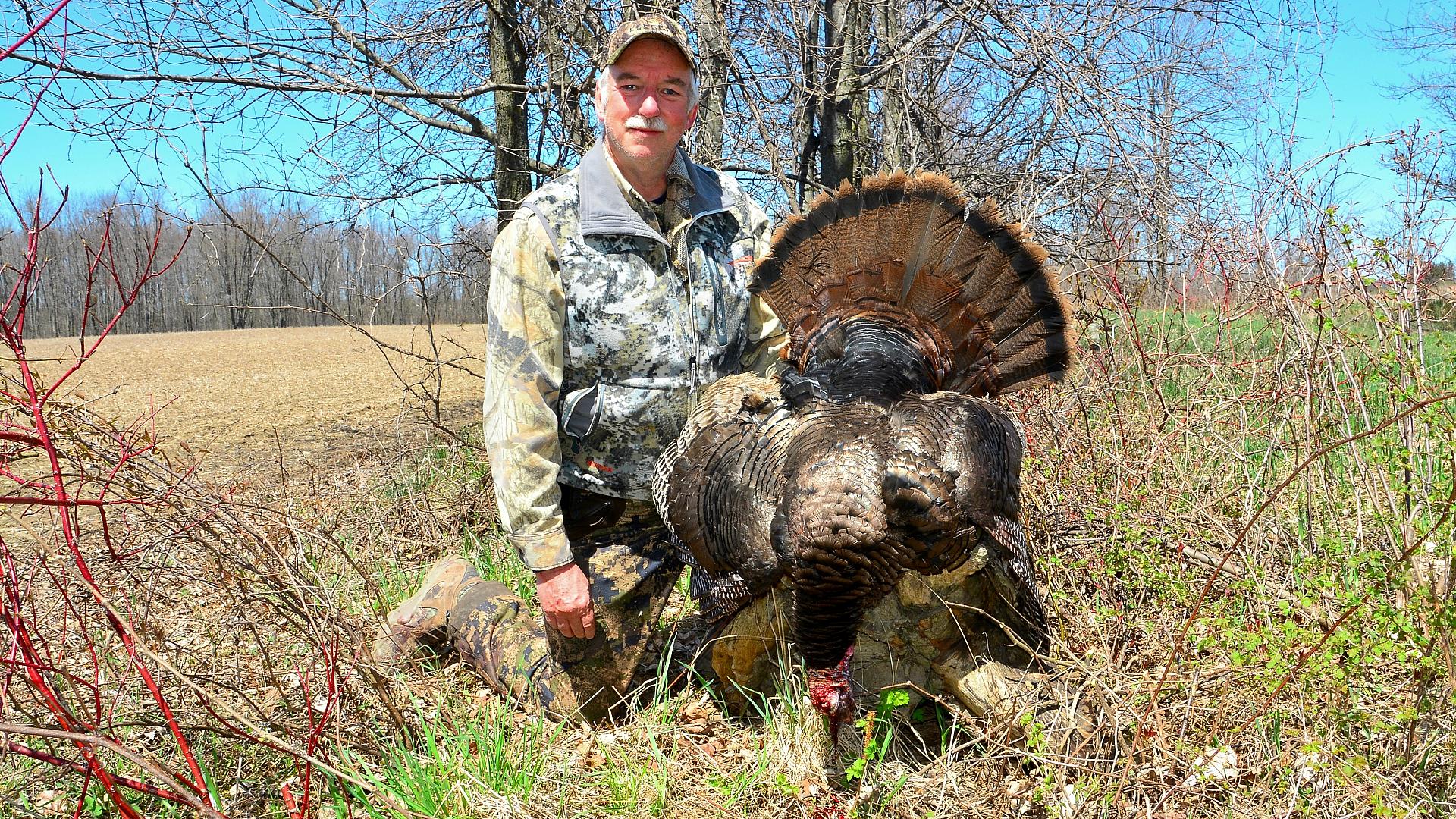 My very first turkey-hunting foray took place many years ago in Quebec, together with a group of outdoor writers. I shot a nice tom, although I must confess to learning little about hunting gobblers in the process. At home in Alberta, where turkeys are on a draw, opportunities are fleeting. Although I’ve been drawn twice in the past, there are now 17,500 hunters competing for just 125 tags, making it highly unlikely I’ll ever hunt turkeys in my home province again.

The first time I drew a tag, I foolishly passed up a jake early on day one. Naively figuring turkey hunting was a relatively easy endeavour, I wasn’t about to settle for anything less than a tom. The following morning, my partner and I set up under a roost and sat there dumbfounded as two toms and a handful of hens marched toward our decoys at first light, closing to within 60 metres before abruptly making an about-face and walking out of our lives forever. That jake turned out to be my only legitimate opportunity of the hunt.

The second time I was drawn, I received a pre-hunt crash course in tactics from renowned Alberta turkey guru Jim Clark. Unfortunately, my hunting partner became violently ill soon into our hunt and had to be confined to a motel bed. I frantically alternated between tending to him and racing out to find a turkey, but common sense led me to give up the charade after a day and a half and get my friend home.

Yes, my turkey hunting history makes for a rather short story, although my success rate has improved markedly over the past couple of seasons, thanks in no small measure to my old friend and newly found mentor, Tim McEachern (above right, with the author). Two years ago, at Tim’s invitation, I joined him and Outdoor Canada editor Patrick Walsh at Tim’s turkey camp west of Walkerton, Ontario. I managed to bag a good tom and repeated my success last year, twice. As I write this, I’m planning to join Tim and Patrick again this year to attempt a three-peat.

I’m far from an accomplished turkey hunter, but the lessons I’ve learned over my brief tenure in the turkey fields and woods may well serve other newcomers to the game.