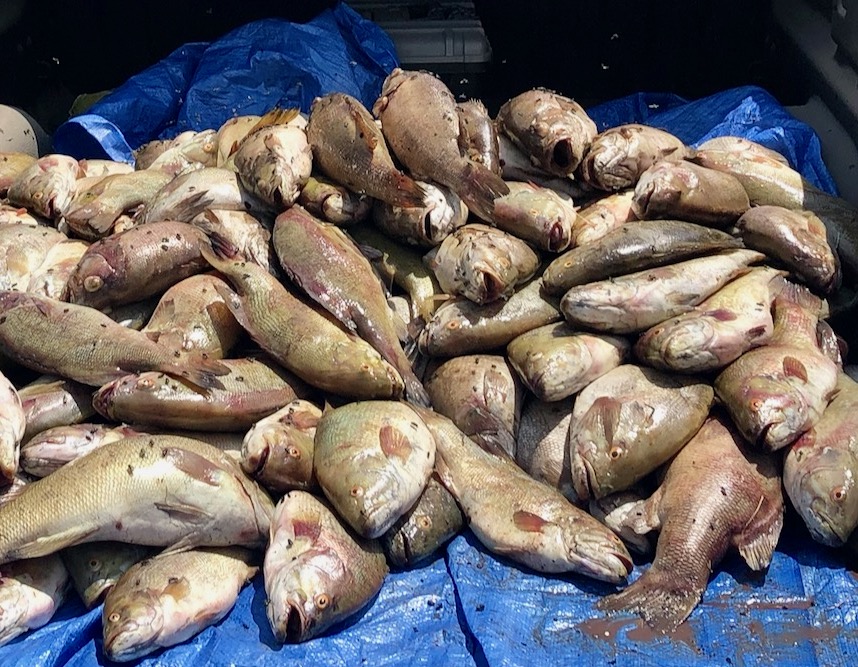 The grisly aftermath of a B1 tournament
News

When Ben Woo was charged with 11 conservation violations following a B1 Fishing event he organized on the St. Lawrence River in July 2019, it came as no surprise to anyone familiar with the bass tournament. During the weekend competition out of Clark’s Marina in Gananoque, Ontario, 195 trophy-sized bass died, primarily due to poor fish care.

Acting on reports of the deaths after the tournament had ended, Queen’s University fisheries biologist Bruce Tufts and his students, alongside a conservation officer, found 188 dead bass stuffed into 17 garbage bags in a dumpster; another seven dead fish were found on the marina grounds in the Bateau Channel.

In the end, Woo was convicted last November of just one charge—failing to abide by the terms and conditions of the licence that allowed him to transport fish in a tournament. He was fined $9,000 and banned from fishing in Ontario for five years; he now resides in New Brunswick, and has said he will no longer run tournaments.

So, what should have been done to prevent the disaster? We put that question to Tufts, as well as three other prominent figures in the fishing and conservation worlds.

For starters, organizers needed to regularly check the water quality in the tanks where the fish are being held, says Tufts. “Numerous witnesses that reached out to me that weekend reported that no personnel from the tournament were monitoring oxygen and temperature levels,” he says. “I am certain that the large fish kill was due to a lack of oxygen in overcrowded holding tanks.”

Next, the organizers should have used a live-release boat to return the fish to the river proper after they were weighed. “They needed a good plan to get the fish back to the main waterbody where they were caught as quickly as possible following the weigh-in,” Tufts says. “In this case, the organizer took possession of the angler’s fish after they were weighed, but had no live-release boat.”

Holding weigh-ins in harbours, marinas or bays away from the main body of water poses serious challenges to fish safety

On that point, the retired vice-president of Shimano Canada, Tom Brooke, agrees. “One of the very early lessons learned about tournament fish care is that holding weigh-ins in harbours, marinas or bays away from the main body of water poses serious challenges to getting fish back safely,” says Brooke, who pioneered the use of live-release boats in the 1980s.

Water temperatures and oxygen levels that differ from the main waterbody where the fish were caught, along with chemical loading, can all have a detrimental impact on the fish, adds the past-chair of the Canadian Sportfishing Industry Association. Says Brooke: “It was the recognition of these factors that lead to the creation of the live-release boats, which can provide an environment that the site can’t.”

According to Renegade Bass Tour organizer and environmental consultant Paul Shibata, the location of the weigh-in was undoubtedly a major contributor to the deaths. “The tournament should have never been hosted at that location at that time,” he says. “Smallmouth, which represent the species most likely to win a tournament on the St. Lawrence, are fragile creatures in the absence of sufficiently oxygenated water.”

The disastrous results should have been anticipated, given the backwater location of the weigh-in, along with the heat of the summer, Shibata says. A venue immediately adjacent to the main river would have provided the best water quality to flush through boat livewells as the anglers waited to weigh their fish, he says.

Smallmouth are fragile creatures in the absence of sufficiently oxygenated water

Pro Angler Dave Chong, who has launched his boat many times at Clark’s Marina, says he believes the water around the marina can’t support fish. “You don’t even see any signs of life back there, no panfish or baitfish,” he says. “Because of the weigh-in location, the only chance that number of big fish could have been kept alive and released successfully would have been to have significant ice and aeration in the holding tanks.”

As to what Woo should have done with the dead bass, Tufts, Brooke, Shibata and Chong all say it was his responsibility to immediately contact conservation officers, and keep the fish on ice so they could have been donated for research or food. If anything, they agree, the deadly event at least serves as a reminder of how not to run a bass tournament.

And for statements from Ben Woo and B1 Fishing, go to www.outdoorcanada.ca/b1reply.