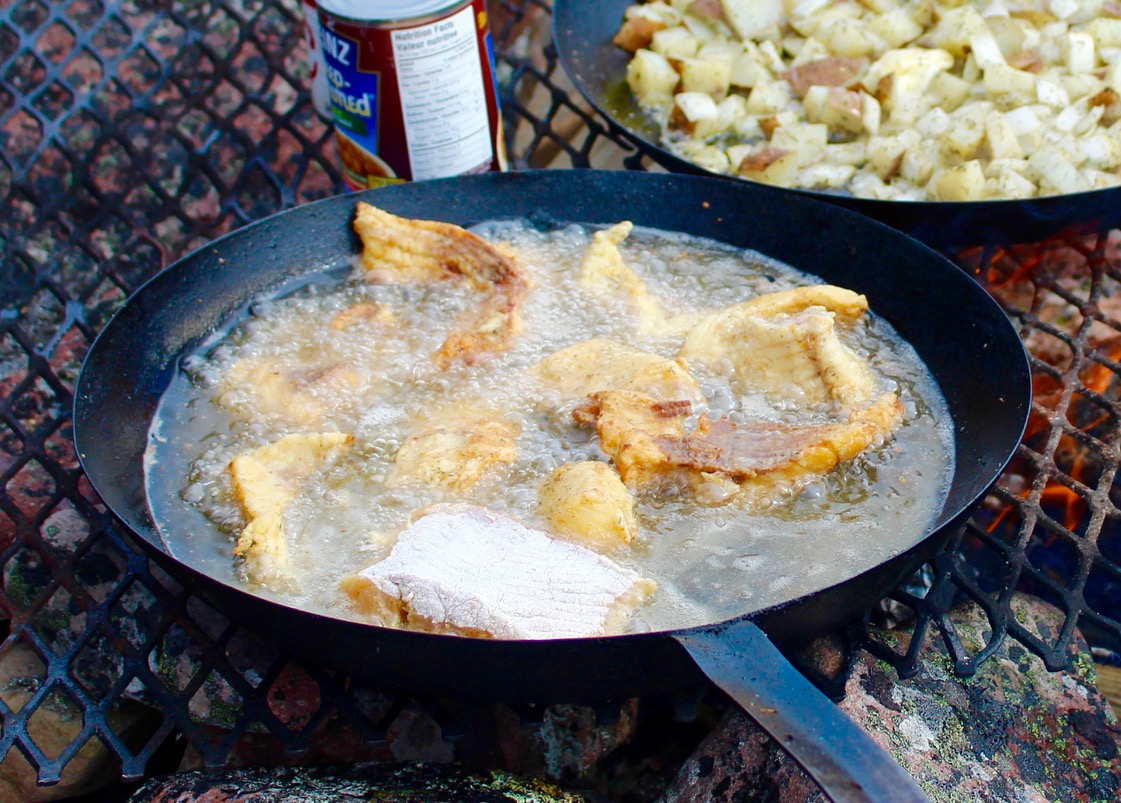 Fillets in the pan celebrate the circle of life
Fishing

An homage to keepers

Angling is such an ancient sport, we sometimes forget how much it has changed in recent times. When I was growing up in the 1960s, my first rod was made of steel, fish were kept on chain stringers, and every half-decent catch was automatically a keeper. At the northern lodge where I worked in the 1970s, the job was to kill as many large lake trout as the law would allow, and if the stringer was too heavy to lift, all the better. Trout grow slowly in the North, and it never occurred to us that it would take generations to replace the hundreds of fish we were filleting, packing and sending home with our guests to sit neglected in some chest freezer in a Chicago suburb.

Today, catch-and-release fishing is widely regarded as the highest form of the sport, and any proud doofus who poses at the boat launch with a big, dead muskie or sturgeon is more likely to get caustic remarks than compliments. And most lodges nowadays only allow guests to kill a smaller fish or two for shorelunch. From a conservation perspective, this is all good, but with the swing to live release, are we losing touch with what fishing is all about in the first place?

In 505 BC, some Greek potter created a wine cup adorned with the image of a young man with a rod playing a fish. At his side is a straw basket, where the fish will probably end up on its journey home to his kitchen. For millennia, fishing has been, at best, a ritualized food-gathering activity, one that combines skill, contemplation and nature’s beauty. Yes, we should release most of the fish we catch, especially the large females. But what better way to celebrate the circle of life than to also occasionally take a few keepers home for dinner?