How to hunt groundhogs—everything you need to know

HOW TO HUNT GROUNDHOGS

From location to timing to approach, here's how to get in on the action

When encountered in suburban settings, it rarely draws much attention unless it’s raiding the backyard lettuce garden or driving the family dog half crazy. Transplant the groundhog and its dietary preferences into a rural setting, however, and it becomes a formidable and destructive pest.

Whether they’re devouring large sections of soybean fields or liberating hayfields of their alfalfa, groundhogs leave in their wake large holes that present risks to both livestock and farming equipment. From a hunting perspective, that means one thing: opportunity. Here’s how to take advantage.

Groundhogs are somewhat vulnerable animals because their short legs don’t provide the speed needed to outrun predators. As a result, they dig their burrows close to reliable food sources. I find most groundhog holes in hayfields, usually along fencelines, but sometimes on nearby hills or even in the centre of a field. 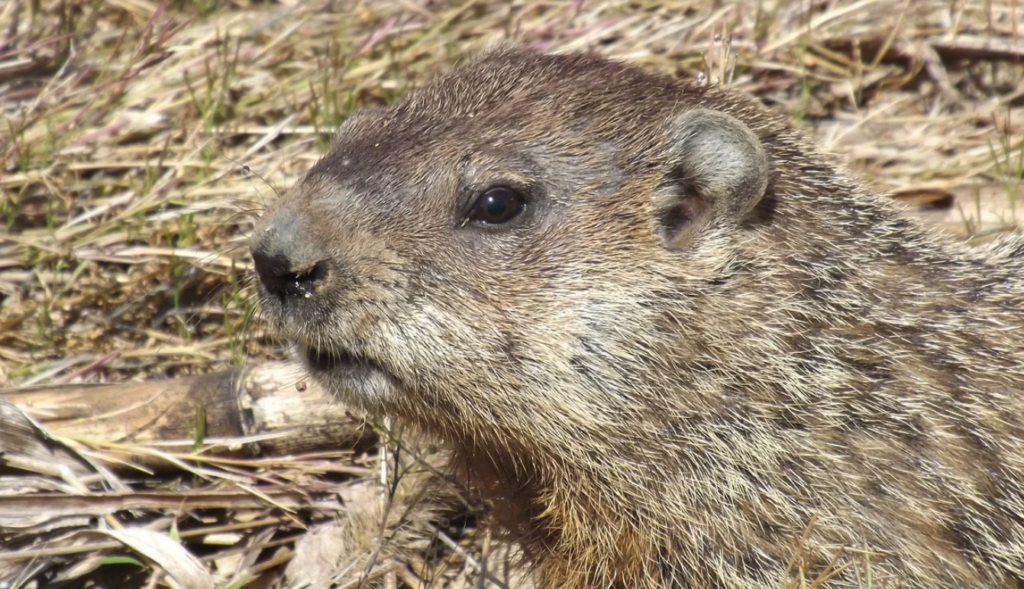 To be a candidate for attracting groundhogs, the field must provide good drainage, so look for sand or small stones in the area. Small heaps of sun-bleached stones in the middle of a field are good signs that groundhogs are nearby. The longer strands of hay that rise above the stones, where the harvesting equipment couldn’t cut, are also good indicators.

If you have the chance to explore a soybean field, finding groundhogs can be even easier, as they tend to rob the area closest to their burrows and work their way out in concentric circles. It’s been my experience that groundhogs rarely make their holes in soybean fields, but rather along the edges.

Groundhogs hibernate early—usually late August as nights get cooler—and emerge from their burrows eager to fatten up once the snow is almost gone. Soybean fields are prime locations until the plants get too high and you can no longer spot the groundhogs. When that happens, it’s time to  concentrate on the hayfields.

Depending on the farmer and the length of the growing season, hay is typically cut once in midsummer and once in late summer. Like soybeans, hay grows to a height that makes seeing groundhogs nearly impossible, so it’s essential to keep the growing cycles of these crops in mind. Concentrate your efforts in both hay and soybean fields in the spring before the plants grow too tall, then in hayfields after the first cut has been baled. I’ve found that most groundhogs have begun to hibernate by the time the second cut is baled.

When it comes to groundhog hunting, downrange power, wind and trajectory conspire against rimfire rifles. I started with magnum rimfires in .17 HMR and .22 WMR, for example, but found they lacked the necessary wallop to reliably and humanely dispatch groundhogs beyond 100 yards. Instead, today’s groundhog hunters tend to favour bolt-action centerfires chambered in .204 Ruger, .223 Remington or .22-250. As for me, I’ve settled on the .223 (below). Thanks to the popularity of this calibre, the availability and choice of ammunition (including reloading components) tend to be very good. It also offers a nice compromise between power and recoil. 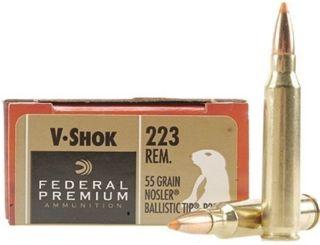 For scopes, the 14x to 16x magnification range is ideal for the size of target a groundhog is likely to present, and at the distances you’re likely to encounter it. As for ammunition, I prefer highly frangible rounds such as Hornady’s V-Max line. Not only do they anchor groundhogs with authority, any missed shot will break up on impact.

A typical hunt will mean walking along the edges of fields and tractor paths, all the while scanning fencelines for irregularities on the relatively even carpet of short hay—the rich brown of a groundhog’s fur often betrays it against the green of a typical hayfield. The same goes for dirt and rocks from a freshly dug hole.

As a rule, I move slowly with frequent stops, glassing for possible targets. If you’ve given the groundhog no reason to fear you, you often have time to set up your bipod, get into the prone position, steady your breathing and squeeze off a shot with the animal still in full view.

Other times, a groundhog will tear back to the security of its burrow once you get within 250 yards of it. In such cases, I’ll press on with the hunt but make a mental note of the burrow location and be sure to pay it a visit before day’s end—or on a future hunt.