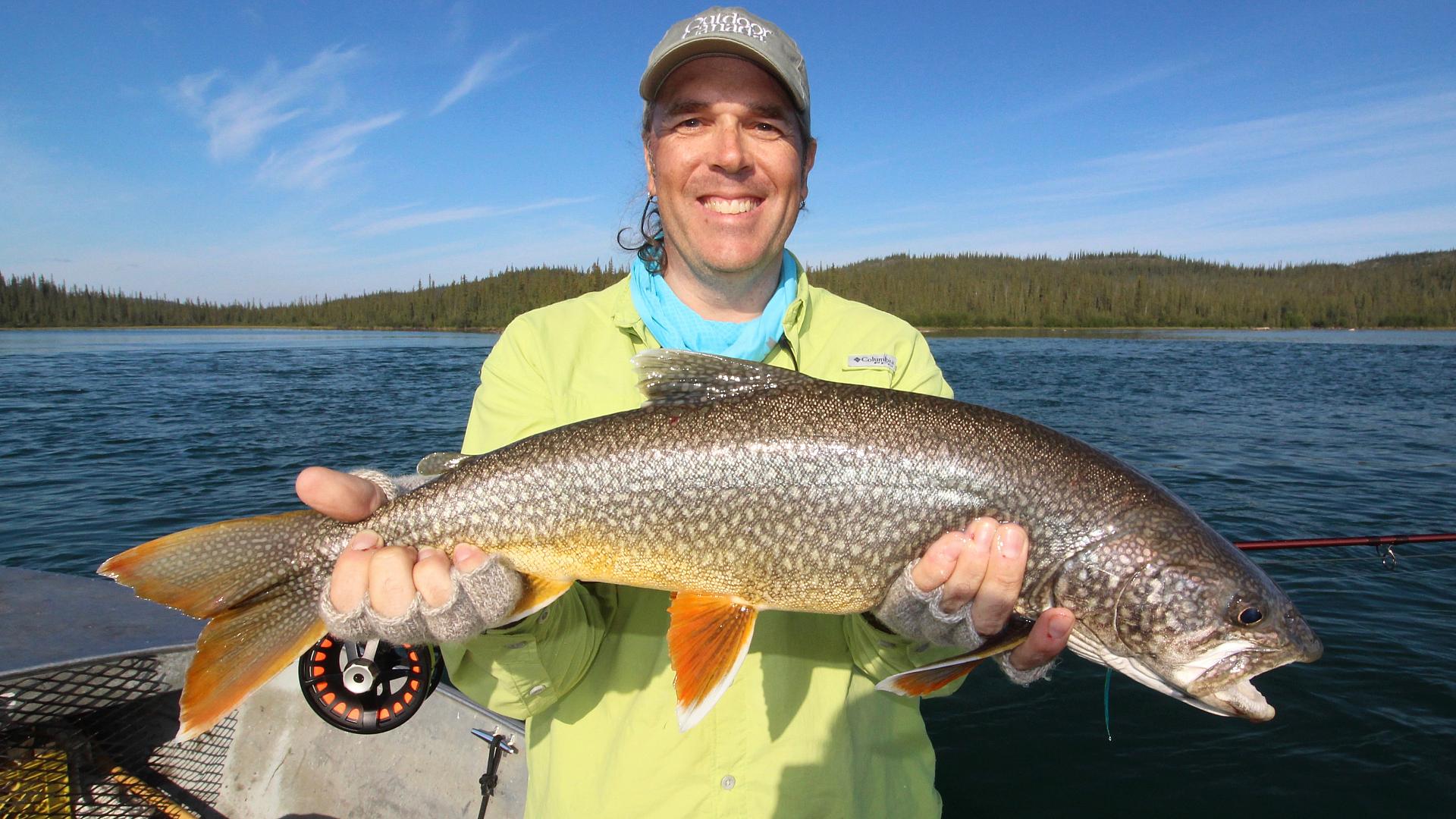 How to land big, strong fish without breaking your fly rod

It’s no secret fly fishing comes from a tradition—and often mindset—of chasing small fish. This in no way diminishes the skills it takes to hook and land a spunky stream trout. But unlike the skills required of other kinds of fishing, fly skills don’t scale up very well. With spinning gear, for example, the basic mechanics of catching a two-pound trout—how you hold the rod and crank the reel—are roughly the same as catching a 20-pounder. You just have to work harder. If you try to fight a 20-pound fish on fly gear the same way you’d fight a two-pounder, however, you’re asking for trouble. Not that landing big brawlers such as salmon, steelhead, pike, muskies and lake trout is difficult on the fly—you just need to know the techniques. Here are a few key ones.

The key adjustment when fighting big fish on fly tackle is rod position. You have to keep the tip low, with the butt at your body, and pull to the side rather than up. Fly rods are soft at the top, but stiff at the bottom, so pulling sideways flexes the rod at a wider angle, engaging the powerful butt section. This lets you put the boots to a big one.

If you keep the tip up, on the other hand, you’re using only the rod’s weakest, most breakable part. And because fly rods are designed to flex right to the butt, never, ever grab the rod above the handle with your other hand. This disrupts the natural flex of the rod, making a break more likely. Fly rods can safely bend more than you think, but only if you keep your hands on the cork.

Flexing your rod at the correct angle also lets the fish pull line more directly off the reel. This way, the fish is fighting your reel’s drag, while the bend in the rod cushions abrupt jolts and headshakes. Big-game fly-fishing pioneer Lefty Kreh suggests setting your drag at about 15 per cent of the breaking strength of your leader. That’s enough to tire the fish, while still protecting your relatively delicate leader.

It’s also critical to understand when—and when not—to reel. The most effective way to move a big fish with fly tackle is by making short, smooth, sideways pumps of the rod and reeling down while the line is under slightly less tension. If you pull too hard, your properly set drag will keep pressure on the fish, but allow the reel to turn enough to avoid a break-off.

And when pumping the rod, keep your hand near, but not on the reel handle. If you hold the reel handle while pumping, or just plain try to reel against the fish, you really can’t gauge how much pressure you’re applying. I’ve seen this mistake result in heartbreaking break-offs that could have been avoided if the angler had just trusted his finely tuned reel.

Near the end of a fight, seeing that trophy fish up close can make anglers tentative or even (speaking from experience) a little freaked out. But even when the fish is alongside the boat, you need to keep the pressure on until it’s in the net. It’s also not unusual for a fish to dive under the boat, so be ready to shove your rod tip into the water. This keeps your leader away from the sharp bits on the hull while maintaining that crucial bend in the rod.

Since fly rods are so long, it’s tempting to lift the tip at the last moment to get the fish into net range. But again, this invites disaster. Instead, you’ve got to keep pulling sideways as you lead the fish toward the net, even if it means stepping back in the boat. If this all sounds awkward or chaotic, well, it can be, at least the first time.

Fly gear is less forgiving than conventional tackle, but that’s part of the thrill. And if you maintain your focus and form, you’ll get your trophy shot, a heck of a story and the satisfaction of safely releasing that bruiser to fight and spawn again.

For more tips on battling big fish, go to www.outdoorcanada.ca/flyfights.