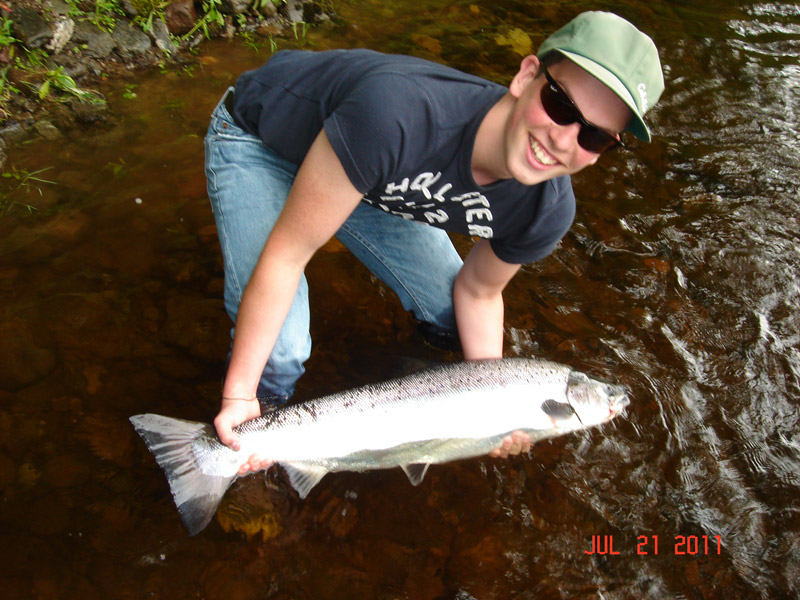 Originating in western Newfoundland’s Long Range Mountains, the Humber flows southeast, then jogs southwest through Deer Lake, past Corner Brook and out to the Bay of Islands. While several species can be found between the remote headwaters and the sea, Atlantics are king—fish under 20 pounds don’t count as big. And with few restricting pools to corral the salmon, landing a trophy can be a real feat, with fights covering vast stretches of river.

In 2008, Atlantic salmon; Monster fish weighing up to 40 pounds

When to fish: August and September.

Where to fish: Just about any pool—Mistaken Point, Shellbird Island and Ledingham’s Shoals to name a few.