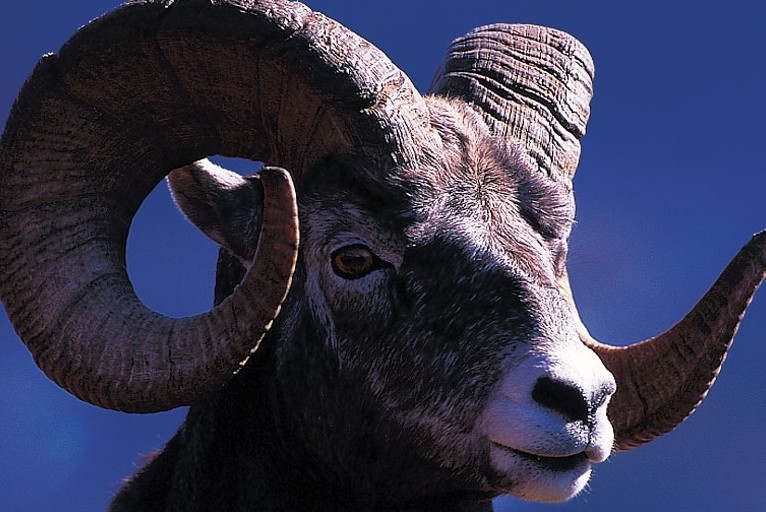 A primer on how to hunt bighorn sheep by horse & backpack in the Willmore Wilderness Park, Alberta

I’d venture to say that bighorn sheep hunting in Alberta’s Rocky Mountains is one of the most physically demanding things you’ll ever do. How demanding? Imagine covering 15 kilometres a day through oxygen-depleted high country with a 60-pound pack strapped on your back. That’s tough enough. Now imagine gaining thousands of feet in elevation in a single day-even the most seasoned marathon runner would be left gasping for air. And since most sheep hunting in the Rockies takes place above 8,500 feet, those used to living closer to sea level should expect headaches, bleeding noses and vomiting.

I killed my last ram in 2005, and it involved a 20-hour day with some 8,000 feet of elevation gain as we traversed three mountain passes and a brutally steep slope, where we eventually killed the ram. Horses are great for getting into remote sheep country, such as Alberta’s Willmore Wilderness Park. But after two hard days of dangerous river crossings and trail cutting, be prepared to trade in your cowboy boots for hiking boots for the actual hunt up in the high country.

If you’re lucky, you’ll find rams within a day’s hike of your main camp. More likely, however, you’ll be spending a few nights in spike camp. To the uninitiated, spike camp conjures up images of wall tents and hot coffee on the stove, but here we’re talking about little more than a tarp stretched between two trees. And be warned: snow comes early to the high country, and rare is the hunt—even in August—when you don’t encounter some of the white stuff.

Like their thinhorn cousins, the Stone’s sheep, bighorns are found in isolated pockets, which often means days of riding and hiking just to find them. Bighorns spend more time than Stone’s sheep in the lush grass of alpine basins, however, making them fairly easy to see with quality optics, especially early and late in the day. But they’ll also lie in the shade of rocky terrain during warm afternoons, at which time they’re nearly impossible to spot. Considering that the success rate among resident hunters is running at around four per cent, you can get a pretty good idea of just how tough this hunt can be.

The real key to success is being mobile and willing to cover kilometre after kilometre on foot. Obviously, being in top physical shape is a must, as is having the best in lightweight mountain gear and clothing. While the debate rages on as to what constitutes the perfect sheep rifle, most hunters will agree that it should weigh around six pounds and deliver a bullet right on the mark at 300 yards. Shots are often long in the wide-open basins of the Rockies, so deadly accuracy is a must. I find the best sheep hunters are those who have spent so much time with their rifles that they’ve named them.