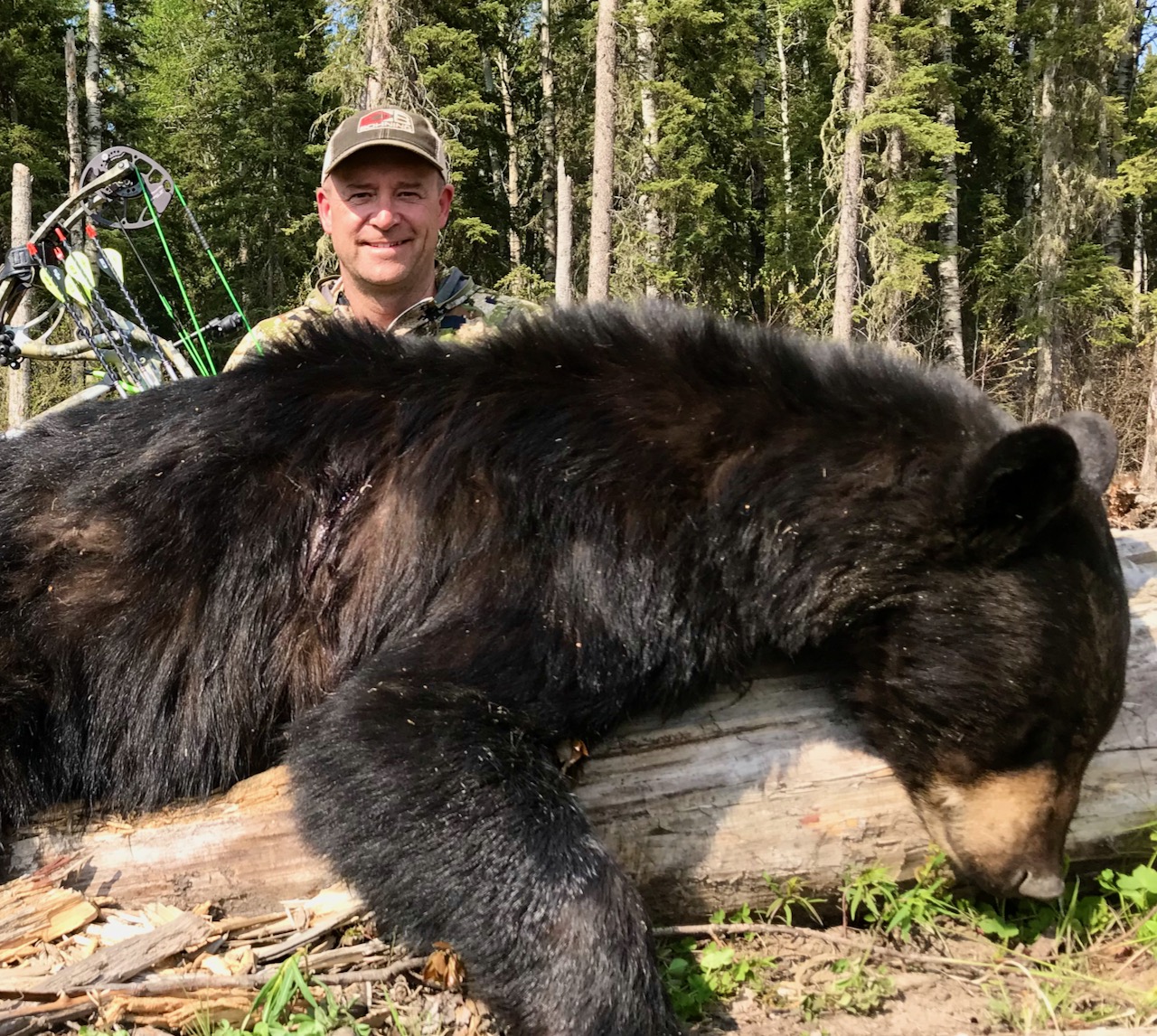 Hunting spring bears? Here’s how to perfectly place your shot

Understanding where to shoot any game animal is important, but especially so with black bears because their anatomy is unique. If you’ve skinned a bear, you know that once the hide is removed, even the carcass of a bigger bruin can look surprisingly small.

At least one to two inches of the body mass is fat, and another three to four inches is long, thick hair. Here’s how to make sure you drop your next bear with a well-placed shot.

A black bear’s skeletal structure is dense, with the front shoulder and top portion of the leg bone more or less covering the heart and front part of the lungs. In other words, a bear’s vitals are positioned more forward than those of a deer, for instance. The very back of the lungs extend just past the mid-point of the body. The liver and kidney are immediately behind the lungs.

At times, a shot bear is lost because the hunter didn’t understand the anatomy and missed the vitals altogether, or failed to wait for the right angle. An errant shot may hit too low, too far back or too far forward. Never take a shot when the bear is either standing and facing directly away from you, sitting or lying down.

A bear’s long, dark hair also presents challenges because it obscures the animal’s musculature, making it difficult to zero in on a specific aiming point. Always consider entry and exit points on the bear’s torso, and adjust your aiming point accordingly.

Bowhunters should limit their shots to when a bear is broadside, quartering away or standing and facing them. The heart and lungs are the only aiming points for archers, and that means hitting tight behind the shoulder and almost half-way up the torso, or right in the middle of the chest. For an unobstructed broadside shot, wait until the bear extends its leg forward, exposing its vitals.

I’m a big proponent of aiming for the back of the middle of the shoulder. This shot will collapse a bear on the spot in most instances, assuming you’re using the proper cartridge (I recommend .30 calibre or larger). If it doesn’t break the bear down instantly, it should cause lethal hemorrhaging in the lungs—the bruin will rarely run more than 60 metres.

I’m also a big fan of shooting bears when they’re facing me head on, or slightly quartering toward me. And as with bowhunting, a bear standing on its hind legs facing you will fully expose its vitals, presenting a great shot opportunity.