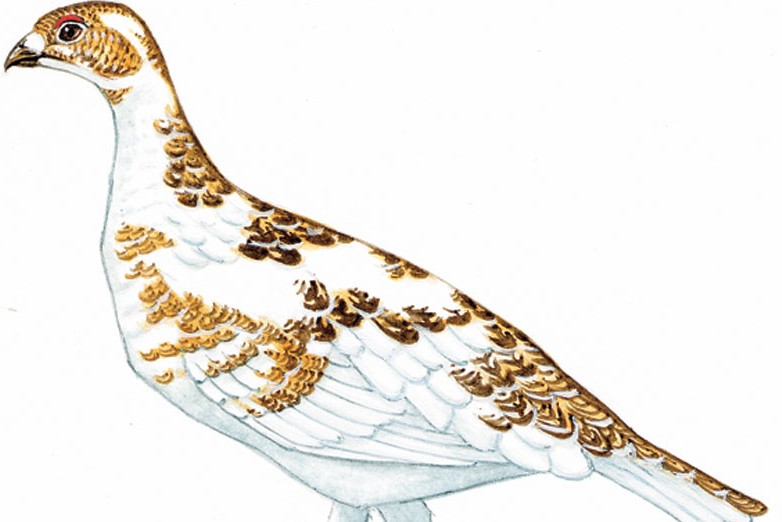 A guide to hunting ptarmigan

Because of the habitat niche ptarmigan occupy, few upland hunters have had the privilege of pursuing them. The willow ptarmigan is found across the northern parts of Canada—from Newfoundland to B.C.—and south through the mountainous regions of central B.C. It prefers the generally treeless habitat offered by tundra and mountains, except for winter forays below the treeline. The rock ptarmigan’s distribution is similar to that of the willow, though the willow ptarmigan is typically found in the moister, more densely vegetated portions of their collective range. The white-tailed ptarmigan is the smallest and most narrowly distributed of these birds, occupying the highest, most barren mountain slopes, including alpine meadows and rock slides. Ptarmigan are not especially wary of humans, except in some easily accessed local regions.

Every time I’ve been fortunate enough to hunt ptarmigan, I’ve come away from the experience convinced that the best aspect of these birds is the region of the world they call home. Our alpine meadows and barren tundra are among the most beautiful parts of Canada, and that alone makes them well worth pursuing.

Then there’s the availability. Fact is, there’s lots to go around. Most of the ptarmigan taken each year, notwithstanding those harvested by Native subsistence hunters, are shot by big-game hunters looking for some variety in the stew pot.

Despite the fact that they receive little hunting pressure—and therefore have no excuse to be overly wary of humans—ptarmigan often flush long before an approaching hunter can close to within gunning range. Accordingly, hunters working in pairs are advised to split up and attempt to approach the birds from opposite directions in hope that at least one will have a clear shot.

The flip side is that I’ve also had occasions where sneaking up on a group of ptarmigan was not unlike sneaking up on the mountain slope they call home. Neither appeared to be going anywhere fast. It just goes to show, I guess, that there are no hard-and-fast rules when it comes to living creatures.

When flushed, ptarmigan typically fly low to the ground, making them easy to lose sight of in undulating or shrubby terrain. When they do flush, at least they’ll usually settle within a 100 metres or so. That means the persistent hunter can enjoy more than one opportunity with the same group of birds.

Finding downed ptarmigan is generally quite straightforward: the predominantly low vegetation of their habitat, coupled with the birds’ white plumage contrasted against the reds, greens and browns of fall, renders them among the easiest of our native upland birds to locate.

As for hunting ptarmigan with a dog, I’ve seen little to suggest it offers any major advantage—although it’s nice to have a companion while enjoying some of the best scenery on the planet. After all, there’s much more to the pursuit of native upland birds than the mere hunt itself.

Autumn is prime time for hooking up with schools of jumbo perch. Here’s how