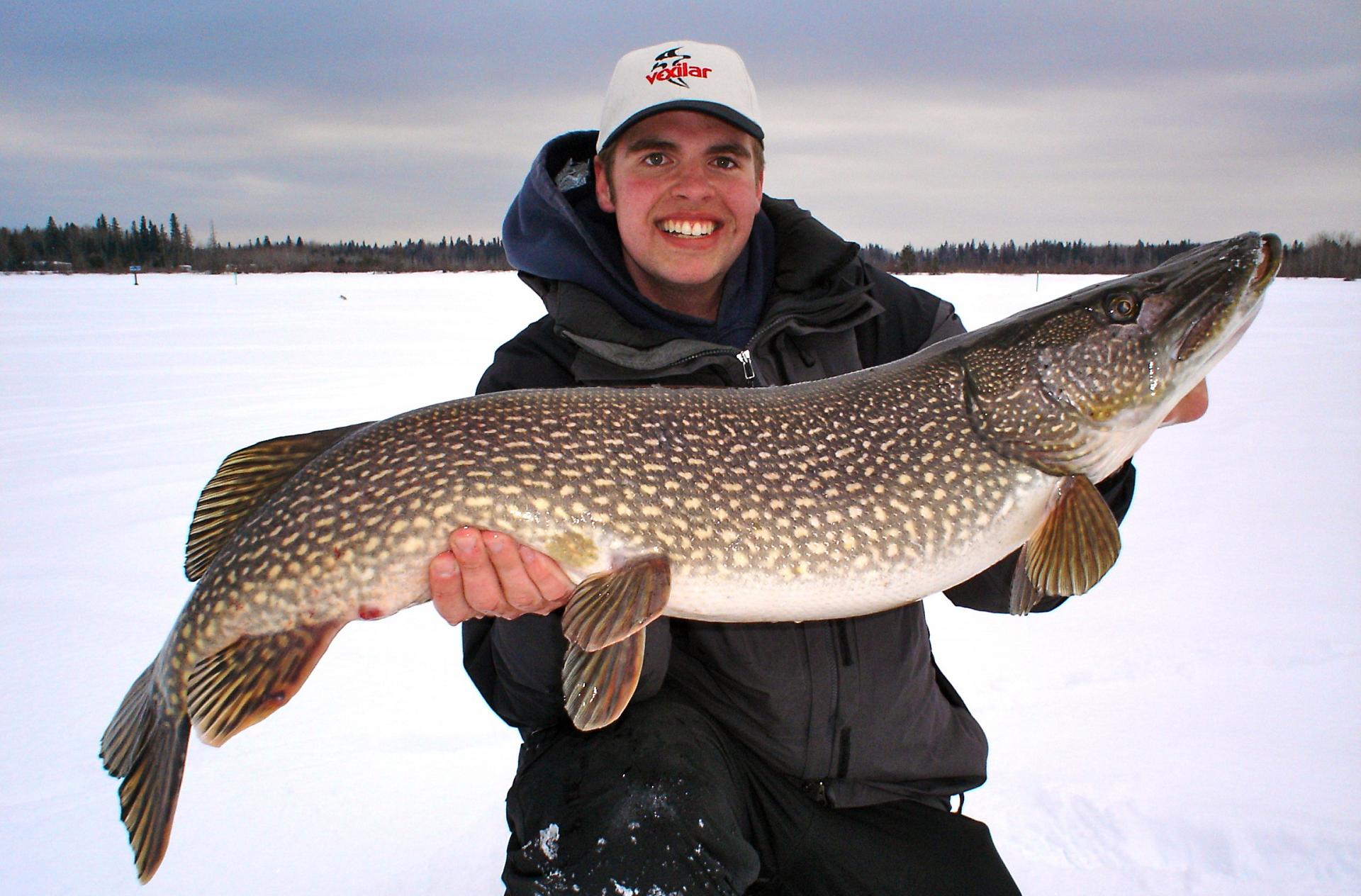 As co-organizer of the Falcon Lake Winter Fish-Off, which attracts as many as 2,600 anglers, guide Andrew Klassen has seen his fair share of winning tactics during the 11-year history of Manitoba’s biggest ice-fishing tournament. Falcon’s bass, burbot, perch, walleye and whitefish can be weighed in, but it’s typically a northern pike that claims the live-release event’s $10,000 top prize for heaviest fish. No wonder Klassen has good advice on how to ice trophy pike—anywhere in Canada.

If you’re serious about winning a tournament and not just catching a fish, Klassen says, bring a tip-up. Every year, most of the tournament’s heaviest 10 pike are caught on a tip-up over a big, frozen dead bait, usually a smelt or tullibee. “That’s what gets the attention of the bigger pike,” he says. “It’s subtle, and you’re using natural bait, so you really can’t go wrong.”

“With a jigging presentation, a lot of guys will use a rattle spoon or a lipless crankbait tipped with some kind of minnow,” says Klassen, noting the Salmo Chubby Darter is a popular lure among contestants. Since the tournament takes place in Whiteshell Provincial Park, live bait is not permitted. As a result, many anglers go with the local favourite—a frozen salted minnow.

Every year, more and more competitors are using flashers and underwater cameras to catch fish, Klassen says. Flashers have become very popular because they allow anglers to figure out exactly what structure lies beneath the tournament’s pre-drilled holes. And that includes little details such as weedlines, which can change from year to year. “The site shifts a little bit from year to year, as do the holes, so the anglers are able to really dial in exactly where they want to be,” says Klassen. “They know exactly where they’ve been seeing fish and at what depth, and they can put their bait there. It takes all the guesswork out of it.”

Many of the anglers who have won the tournament over the years did so by picking an area and sticking with their game plan, says Klassen. “They go in there thinking, ‘This is where I want to be, and I’m going to wait it out, and if it happens, it happens,’” On the flipside, he says, “a lot of guys will hole hop and pick up a kicker fish that will land them somewhere in the top 50—but they’re not taking home $10,000.”

Learn more about the Falcon Lake winter fish-off at www.winterfishoff.com.