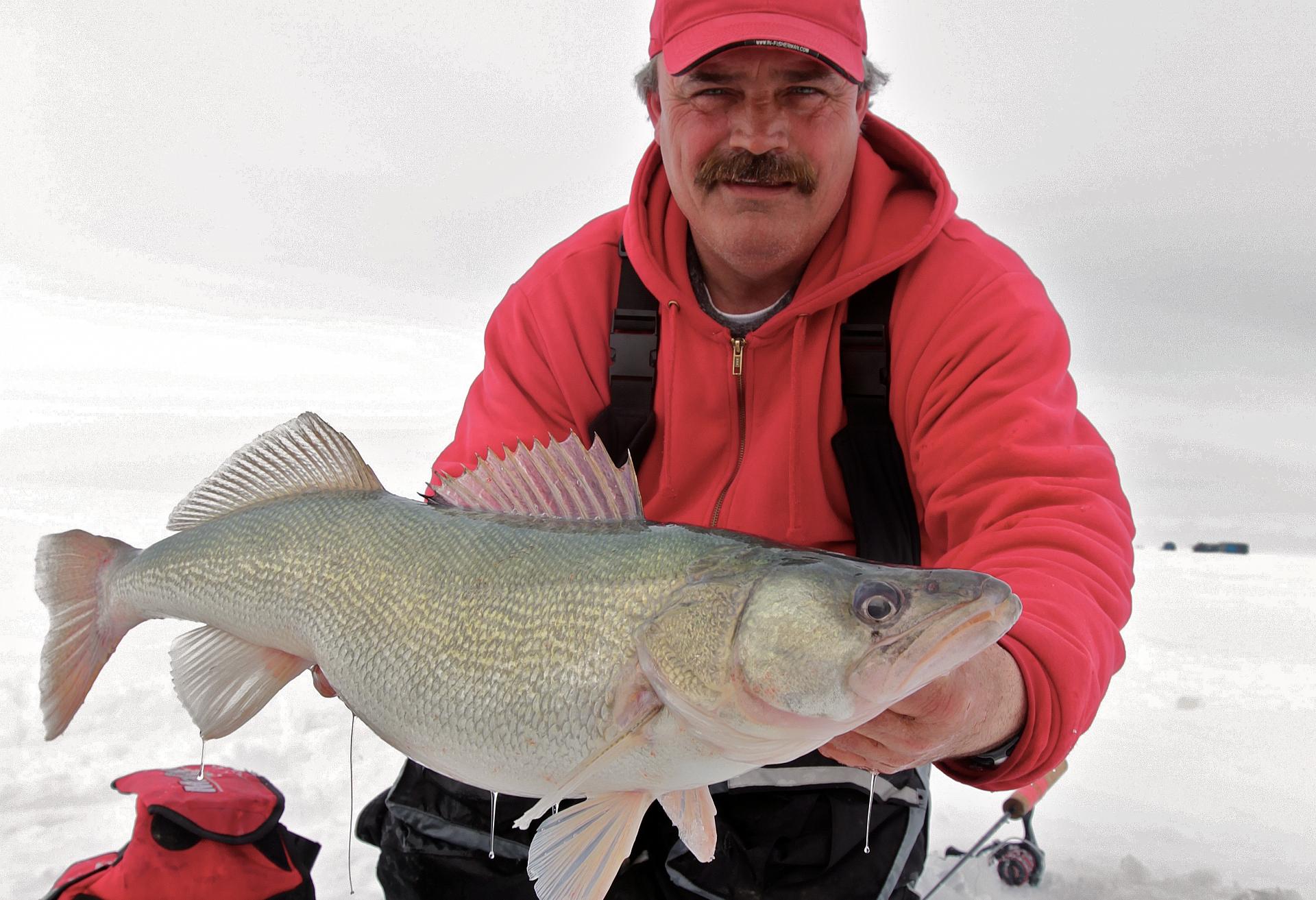 One of only four Canadians in the North American Ice Fishing Circuit Tournament Series, Roger Stearns has been guiding ice anglers for roughly 25 years and competing in hardwater tournaments for the past five. He and his fishing partner, Todd Williamson, have yet to win the multi-species circuit’s championship, but they’ve always placed well. The two are currently getting set to fish an NAIFC qualifying tournament on North Dakota’s Lake Metigoshe in January. Here’s what Stonewall, Manitoba’s Stearns says he focuses on to get ahead on the hardwater.

Stearns says many anglers on the circuit head out three days in advance of a tournament to drill holes and drop down cameras. But so as to not beat up the fish, they don’t actually fish. Instead, they simply check for live weeds and observe the sizes of the fish in different areas of the lake. “Panfish aren’t that hard to catch,” he says. “You just have to catch the right ones to win.”

Whatever the tournament, Stearns says to find out how big the winning weights were in previous years. Also investigate what you can reasonably expect to catch at the time of year the tournament is being held. “Make sure you’re not overshooting your goals,” he says. “There’s a saying on the NAIFC: ‘Every ounce counts.’” Once while fishing the championship on Minnesota’s Lake Mille Lacs, for example, he threw back some seven-inch perch, only to later see another competitor weighing in three- and four-inch fish. Because of the lake’s reputation for big perch, Stearns had assumed his fish weren’t big enough to place. But what he didn’t know was that the tournament area of the lake typically doesn’t get big perch until spring—that lack of intel proved to be his undoing.

To be competitive, you have to use all the tools that modern ice anglers have at their disposal, Stearns says. “It’s not like the old days with your grandpa where you drilled your hole, wrapped Dacron line around your hand, dropped a live minnow down, then waited six hours for one bite.” In short, you shouldn’t retain old attitudes and old techniques when there are so many new tools to make you more successful, from power augers, flashers and pop-up shacks to underwater cameras and cutting-edge lures.

Partners can fish up to 100 feet apart in the NAIFC series, but it’s against the rules to fish within 15 feet of another competitor. Stearns and Williamson box out their competition by drilling their holes 28 feet apart, then drilling two more holes—one for a camera and another to fish through—right in the middle between them. That way, they can each fish one area while monitoring the camera images from the middle hole with their smartphone or tablet. “Nobody can come in between us to catch those fish,” Stearns says. “We’re making a safe zone that only we can fish.” The takeaway here? Always read the rules before a tournament and use them to your advantage.

For more on the North American ice fishing circuit, go to www.naifc.com.