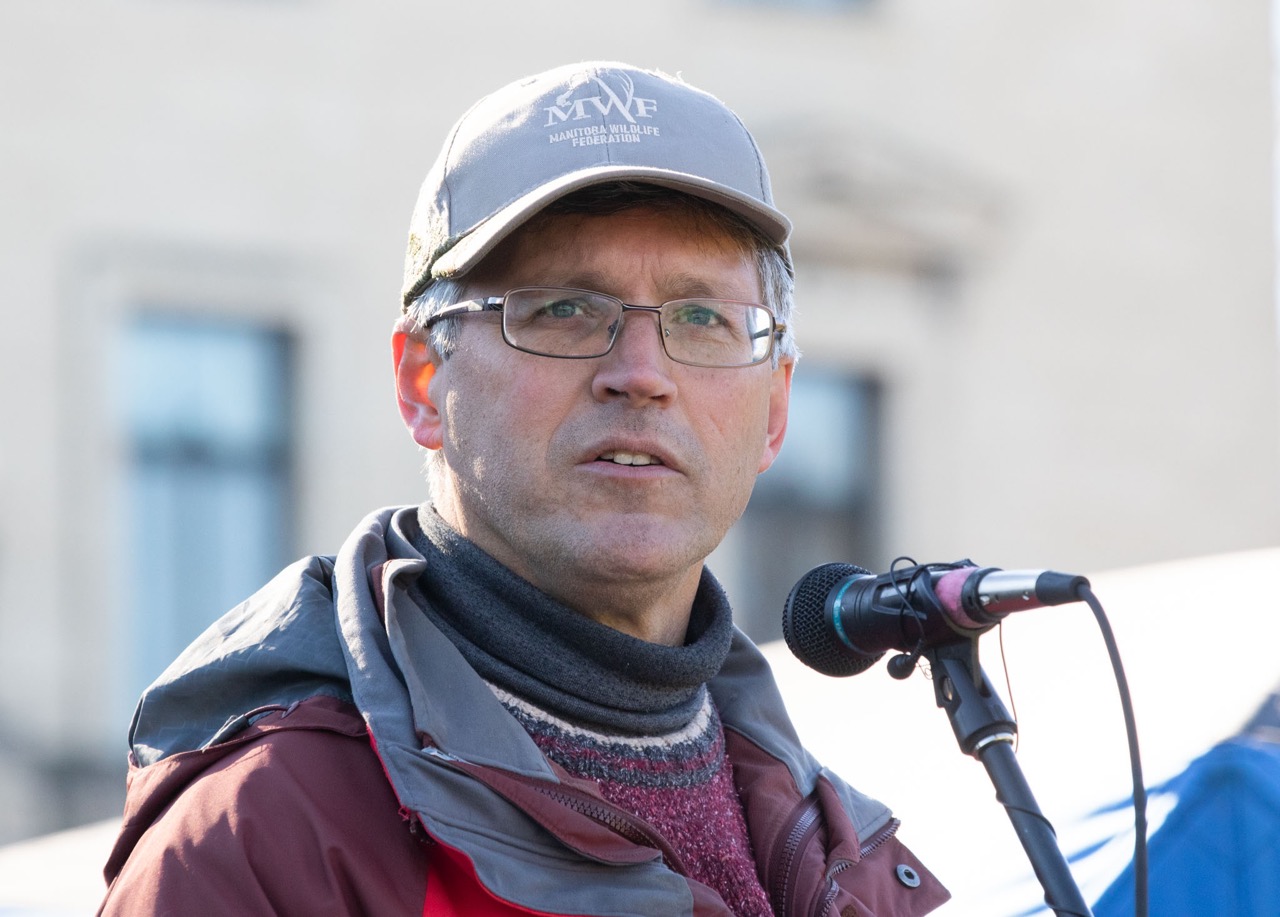 The Manitoba Wildlife Federation co-hosted a rally at the provincial legislature this past October, calling on the government to do more to save Lake Winnipeg’s crashing walleye population. At the event, outdoor journalist Don Lamont, University of Winnipeg ecologist Scott Forbes and MWF managing director Brian Kotak spoke before a crowd of approximately 100 anglers and other interested parties.

The rally’s goal was to discuss the current status of the overall fishery, and to officially release the results of an economic impact study on Lake Winnipeg’s recreational walleye fishery. According to Kotak, the declining fish stocks are the direct result of commercial fishing policies that are not based on science.

“The harvest levels are unsustainable,” he says, pointing to the current quota system as the problem. It allows commercial fishers to catch any of the lake’s three main species—walleye, sauger and lake whitefish—up to a total combined maximum quota. Fishers naturally target the fish that’s most valuable, and that’s typically walleye.

“The commercial catches of walleye from 2000 to 2010 reached record levels of over five million kilograms, but were based on a house of cards—one strong year class in 2001—which could not last,” Forbes stated in a news release before the rally. “Once the 2001 walleye had aged out of the fishery, catches began to decline sharply starting in 2012 and have fallen to under three million kilograms today.” The sustainable harvest level is between 1.5 million and 2.5 million kilograms, Kotak says.

In contrast, recreational anglers only harvest roughly 136,000 kilograms of walleye a year, while at the same time injecting more money into provincial coffers. According to the economic impact study, recreational walleye anglers on Lake Winnipeg spent $221 million over the last two years, adding $102 million to the province’s gross domestic product (GDP). Meanwhile, the commercial fishing industry contributed $29 million to the GDP over that same period.

“We need to figure out a better system so we can make sure we have both commercial fishing and angling in this province,” Kotak says. To that end, the MWF has given the minister of sustainable development a list of eight recommendations, but had yet to hear back as of press time.