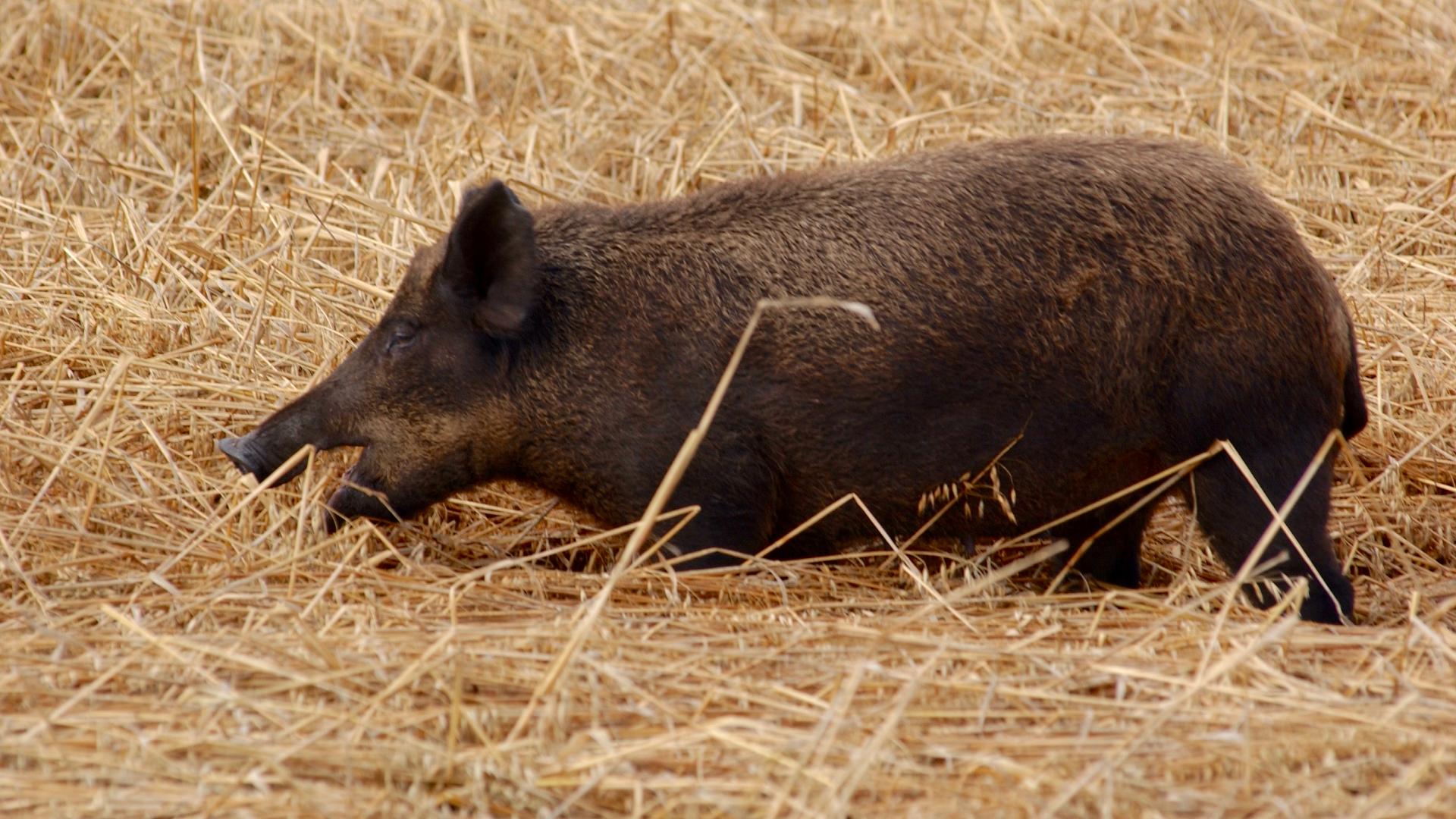 Boars were first introduced as livestock in the 1970s, but many escaped into the wild and have been wreaking havoc on agricultural lands and natural habitats ever since. They also harass livestock and can potentially to spread disease. “We have incidents of wild boars getting into some of our properties, and their capacity to tear up a piece of habitat is incredible,” Crabbe says. “Until you see it, you can’t believe somebody didn’t come in with a backhoe.”

With the change to the Stray Animals Act, rural municipalities are no longer responsible for wild boar capture and containment. Balancing that, the change to the Wildlife Regulations now allows residents to hunt wild boars without a licence. “Even though everyone recognized the need to eradicate wild boars, conflicting regulations were causing some problems with the Saskatchewan Association of Rural Municipalities and conservation officers,” Crabbe says.

While the changes now make it easier for hunters to target boars, Crabbe says they shouldn’t go about it haphazardly. Instead, he says, those who want to hunt boars should participate in the Feral Wild Boar Control Program run by Saskatchewan Crop Insurance. “Individuals hunting boars may actually have a detrimental effect on the ability to eradicate them,” Crabbe explains. “Once they acclimatize to people hunting them, the boars usually go nocturnal and become very wary of presenting themselves in daylight.”

Ultimately, though, Crabbe says he’s pleased the wild boar problem is on the radar again. “Saskatchewan is at a crossroads,” he says. “Boar numbers are at a point where we can probably still consider eradication as an option. But we have to act very quickly.”