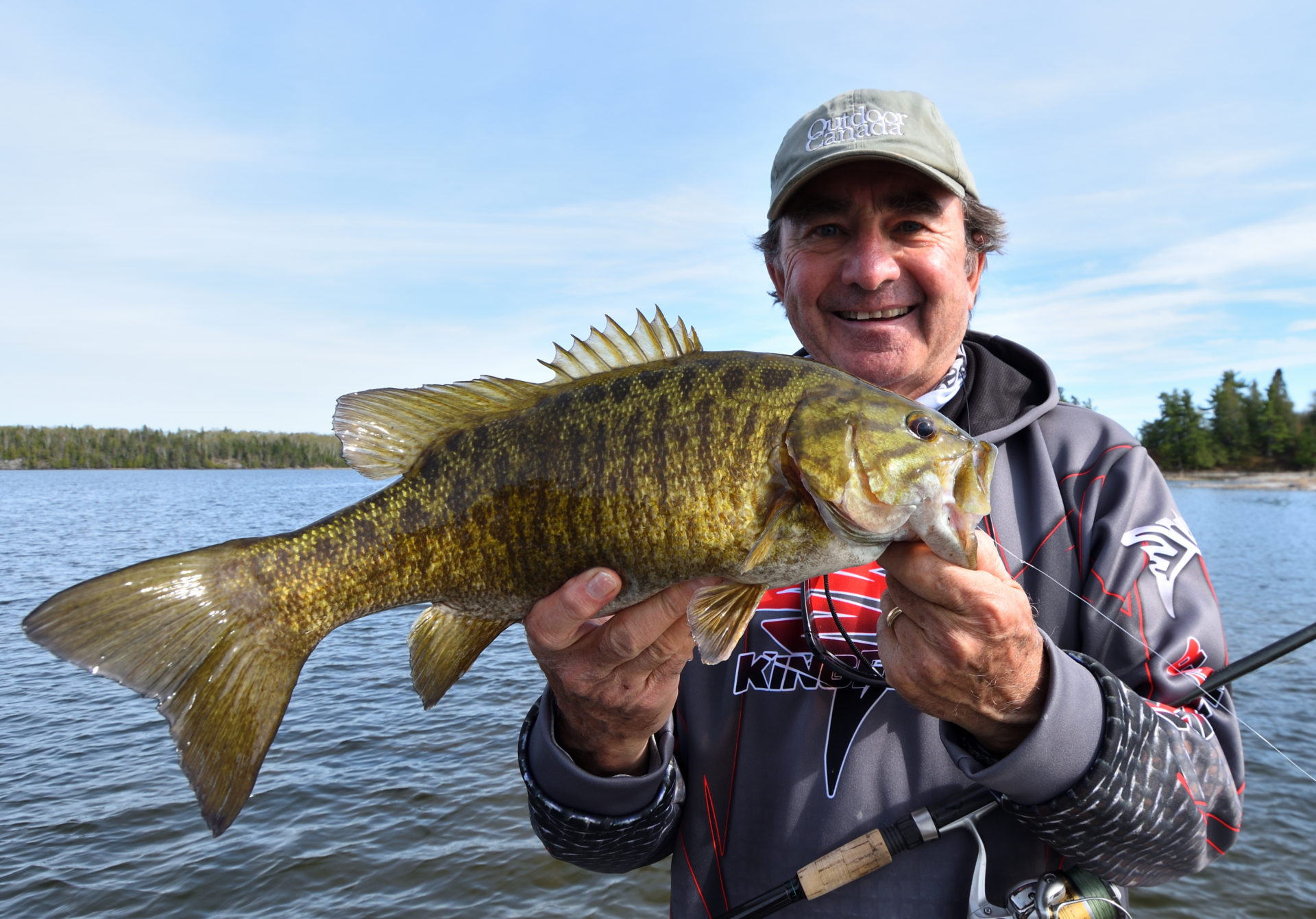 In every field of endeavour, be it science or sport, there are giants. People like Albert Einstein and Marie Curie, and on the less serious side of things, Babe Ruth and Wayne Gretzky. When it comes to fisheries science, however, especially understanding and managing smallmouth bass, Dr. David Philipp is in a league of his own. An avid angler who strives to be on the water at least 100 days a season, Philipp is the Chair of the Board of the Fisheries Conservation Foundation and Principal Scientist at the University of Illinois where he is also a Professor Emeritus. Over a long and distinguished career, Philipp has written two books and co-authored dozens of peer-reviewed papers in the most prodigious journals on his favourite fish. It is fair to say there is not a fisheries manager worth his or her salt that hasn’t been guided by Philipp’s typically ground-breaking work.

There is even an added bonus for Canadian bass managers and fish-heads: Much of the esteemed scientist’s work has been conducted in lakes in Southern Ontario, often in partnership with researchers working for the Ontario Ministry of Natural Resources and Forestry (MNRF). That’s why I was immediately drawn to friend Bill Schwartz’s recent interview with Philipp that appears in the current May/June edition of Wisconsin’s Badger Sportsman Magazine. It is a shockingly frank must-read for anyone interested in smallmouth bass fishing and management. I say shockingly, because the article’s focus is on the dramatically negative effects that Philipp has documented when anglers fish for bedding smallmouth bass, even on a catch-and-immediate-release basis. I won’t delve into those impacts here, because you can read them firsthand in Bill’s feature.

But one thing that Philipp discovered in Lake Opinicon caught me gasping. Philipp said, “We have data from Opinicon Lake in southeastern Ontario, where there is a reasonable amount of angling pressure on the bass population, including on nesting bass before the closed season in Ontario is officially opened. Our research over the past 28 years on this lake says that the impact is substantial.” Understand what Philipp is saying? Lake Opinicon lies within Fisheries Management Zone 18 where the bass fishing season is closed to protect the fish when they are spawning. So anglers are catching the nesting bass while fishing for other species, either intentionally or otherwise.  But here’s where it gets really interesting. 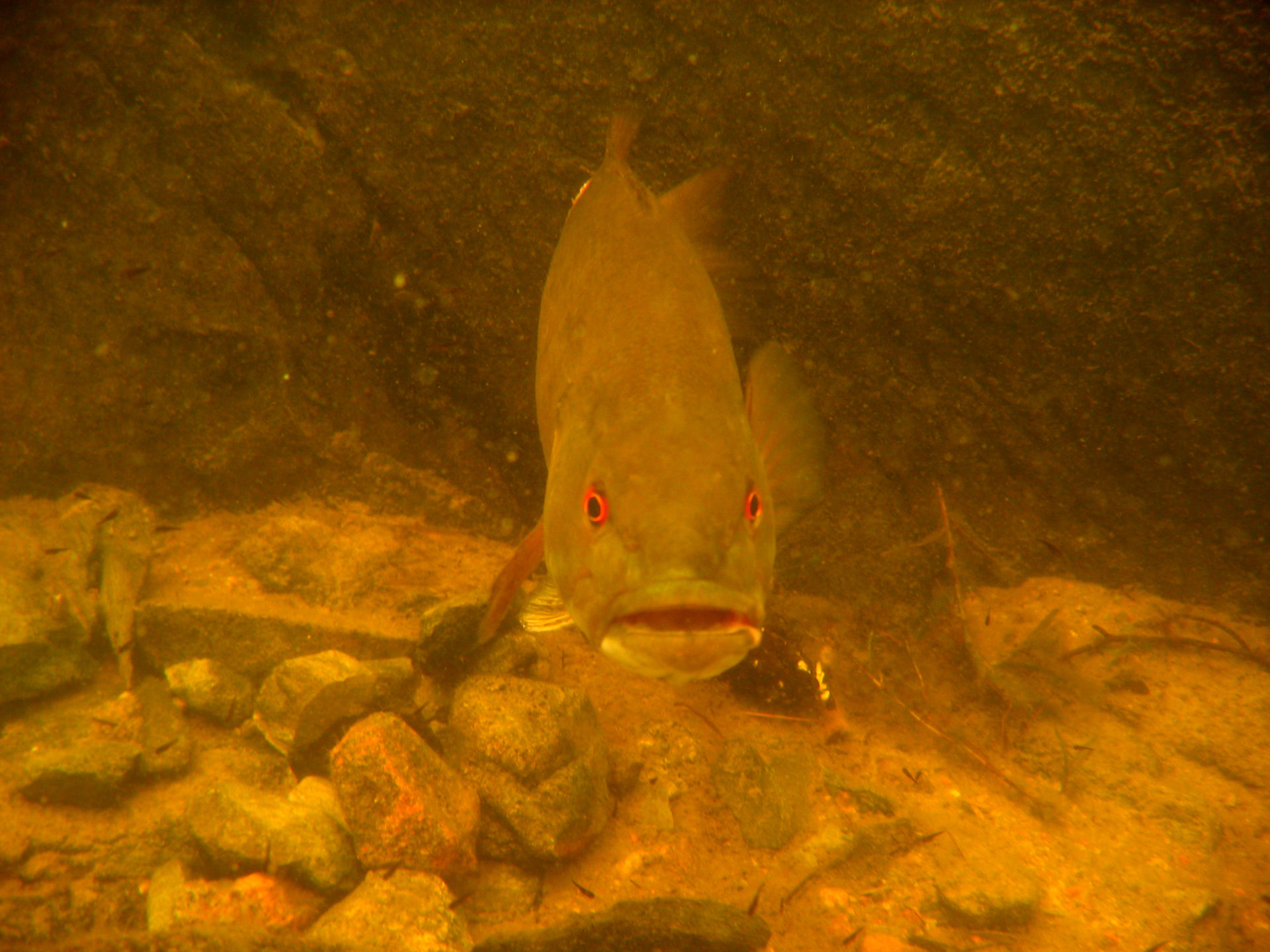 “Monitoring the reproductive metrics via snorkelling surveys in Opinicon Lake since 1990,” Philipp elaborated, “we found that between 1990 and 2000, the lake’s reproductive metrics remained reasonably consistent. Still, since then, things have changed substantially. The number of nests containing eggs, an indication of the number of adult males in the population, has decreased by about 30 per cent. The number of eggs spawned in those nests, an indication of the number of adult females in the population, similarly, has decreased by about 30 percent.

“We also found males’ success rates that spawned and continued parental care until the end, decreased even more, dropping about 40 per cent. The absolute number of independent offspring produced in successful nests has reduced by more than 40 percent.

“Finally, the numbers of one-year-old bass observed and counted during the summer after the spawning year on Opinicon Lake have decreased to less than half of historical numbers.”

That is certainly terrible news if you enjoy fishing for smallmouth bass and reflective, in part, of two things that MNRF bass researcher, Dr. Mark Ridgway told me many years ago.  The first is that there are no redeeming qualities—none whatsoever—fishing for bedding bass. Second, when you force younger and smaller male smallmouth to nest, they are far less successful as parents. Even worse still, when you rush the smaller and younger fish into parenthood, the cost of reproduction is typically so high that their death rate sky rockets over the following winter starvation period.

As Philipp says, the trends on Lake Opinicon are alarming, so it begs the begs the question: What is causing the problem and how in the world does COVID-19 enter the equation?

“One thing we also did during our snorkelling surveys of bass nests,” Philipps elaborates in his interview with Schwartz, “was to quantify the number of hook-wounds that showed up on the nesting males during the nesting period. The percent of nesting male bass with hook-wounds has more than tripled over the last two decades, and we estimate that in 2019 each male bass was hooked and released between three and four times!

“The 2019 year-class was by far the lowest over the 30-year history of the study. Interestingly, during 2020, the year of the COVID-19 pandemic—a year in which tourism was almost non-existent during May and June—hook-wounding was also almost non-existent, and bass reproductive success was extremely high. In fact, because of the huge numbers of young-of-the-year bass we observed last summer, something we have not seen before in the previous 30 years of snorkelling, we expect that when we measure the 2020 year class, it will be the largest that we have ever recorded since 1990.”