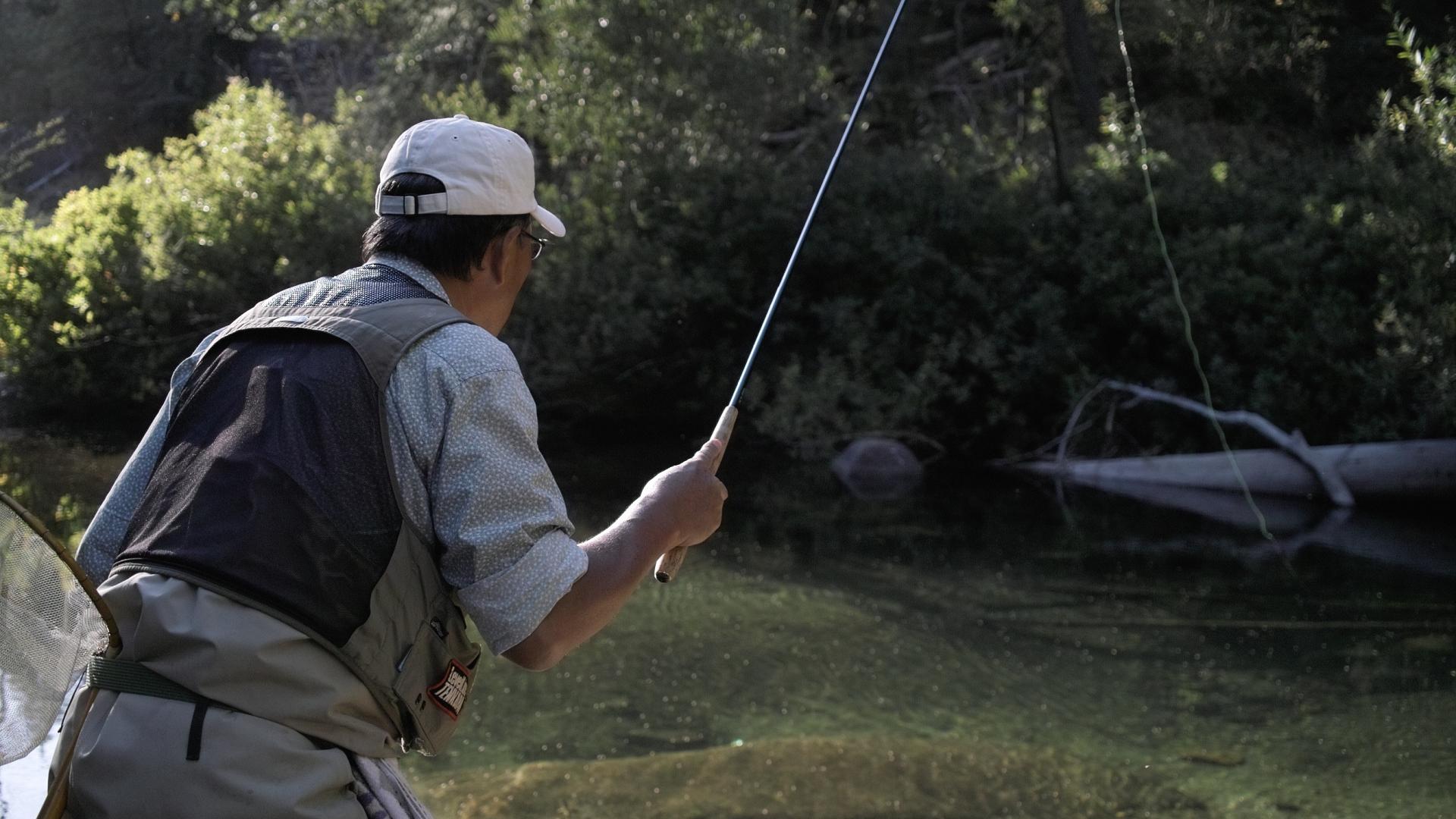 How fishing with just a rod, line and fly is luring new fans

Many anglers are initially drawn to fly fishing for its simplicity and elegance—goodbye fancy boats, electronics and trays of $14 lures bristling with treblehooks. But once you immerse yourself in the sport, it can get complicated in a hurry. I knew I’d reached this point when a friend asked how many fly rods I owned, and I wasn’t sure.

If you ever find yourself with a fly box in every pocket, and so laden with must-have accessories that you’ve contemplated towing a packraft, fear not. There’s still a simple way of tackling your favourite stream: the traditional Japanese method of fly fishing known as “tenkara.”

A small but growing number of North American anglers are discovering the back-to-basics appeal of tenkara, which uses only a rod, line and fly. There are no rod guides or coils of extra line, and no reel—just a fly, a short tippet and 10 feet of extremely light furled line attached to the soft tip of an equally light 11- to 13-foot collapsible rod.

Tenkara originated in mountainous regions of Japan, where it was the most efficient way for poor folk to nab trout for the table and the market. And the exact same technique—updated with telescoping graphite rods and synthetic lines—is just as effective today. While there are some similarities to dapping or cane-pole fishing, tenkara is still very much fly fishing.

“The first time I tried it, I was stunned by how effectively it presented the fly through the drift,” says Tom Sadler, a guide, communications consultant and tenkara enthusiast from Verona, Virginia. “You’ve got a tool that allows you to reach significantly further than a conventional fly rod, and a fixed line of about the same length, so 90 per cent of the line is off the water, and you get drifts of 30 to 40 seconds where you might normally get five.”

Additionally, the fly moves around naturally in back eddies, and follows micro-currents that would otherwise cause drag on a conventional rig. “I knew what my boundaries were,” says Sadler, explaining that he’s fished for brook trout in Virginia’s Blue Ridge Mountains for 25 years, “but this created a new way to fish, which I’ve found extraordinarily entertaining.”

Driving tenkara’s rising North American profile is Daniel Galhardo, founder of Tenkara USA, the first importer of the specialized tackle. An avid fly fisherman since his teens, he found tenkara a few years ago (or “it found him,” as he likes to say) in a 60-year-old book on Japanese angling.

During a trip to Japan, Galhardo picked up an outfit and, as he suspected, it was perfect for backpacking and fishing back home in the streams of California’s Sierras, especially since the rods collapse down to about 20 inches in length. A true convert, he has since sold all his fly reels.

According to Galhardo, tenkara’s inherent limitations—such as the fixed line—have forced him to become a better angler. “Simple doesn’t mean easy,” he says. “Since tenkara relies on presentation more than imitation, you really have to focus on your technique.”

Not that you must be an experienced fly fisherman to learn tenkara. Sadler, who’s also an instructor, says it makes teaching the basics straightforward, since students can forget about managing line, and instead focus solely on casting. With little practice, they can get a good drift and, hopefully, catch their first fish on the fly.

Although the classic tenkara method is intended for mountain streams, it can be effective elsewhere, such as tailwaters or sunfish ponds. Last fall, for example, Galhardo landed an 18-inch trout (pictured above) from Montana’s broad and highly technical Madison River.

There are many times we’d all be better anglers if we exchanged technology for knowledge and skill, and tenkara promises just that. We often tout the latest tackle as evolutions, but tenkara is more like a devolution, reducing fly fishing to its core essentials: the water, the fish and the wild places we love.

Made in Japan: It’s not surprising that centuries-old tenkara fishing has its own traditional flies. What is surprising, though, is how odd they look, at least to Western eyes. Known as “kebari,” these are reverse-hackle wet flies, often with a simple thread body, and a true purist carries only one style. But don’t worry, all your small dries, nymphs and streamers will work just as well. Learn more at Tenkara USA.