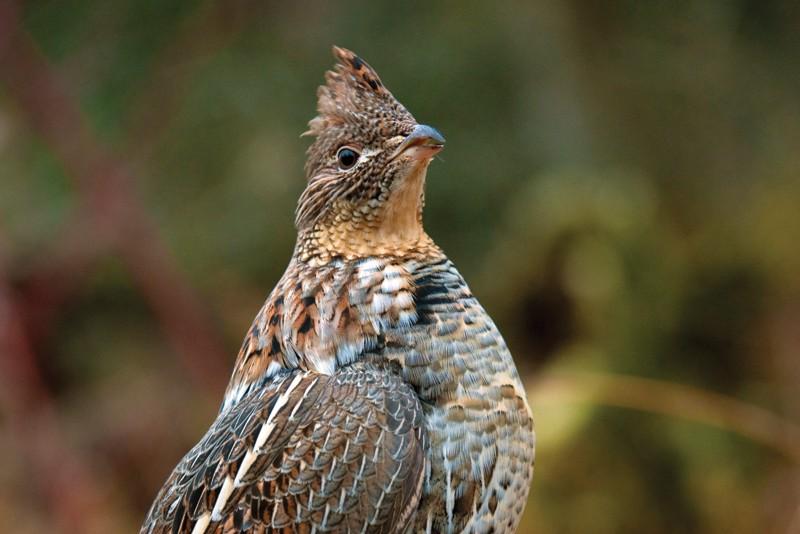 The hunt: My pointing dog’s bell went silent. I stepped from the logging trail into the brush where I’d last heard it, and found the dog locked up on point. I took another step and a grouse burst from cover. Swinging the muzzle ahead of the feathered blur, I touched the trigger, tumbling the brown bomber to the ground. The dog looked at me eagerly, her eyes asking, “Can I get it now?” And so I released her to fetch the third grouse of the morning.

The immense boreal forest of northwestern Ontario has produced bumper crops of ruffed and spruce grouse over the past two years, and the warm spring of 2012 promises good chick survival and another great season for bird hunters this fall. Here, hunting is as simple as walking or driving the hundreds of kilometres of logging roads through crown land. The edge cover produces seeds, berries, bugs and grit, making it prime habitat for these upland birds.

A frost-tinged morning with blazing yellow poplar and birch leaves against a curtain of black spruce creates a wonderful backdrop for walking up grouse. It’s a walk through natural splendour, where every step brings the possibility of another thunderous flush—and another bird in the game bag. —Alan Davy

When to go: The absolute best time is as soon as the leaves have fallen in late October, but any time before snow is good.