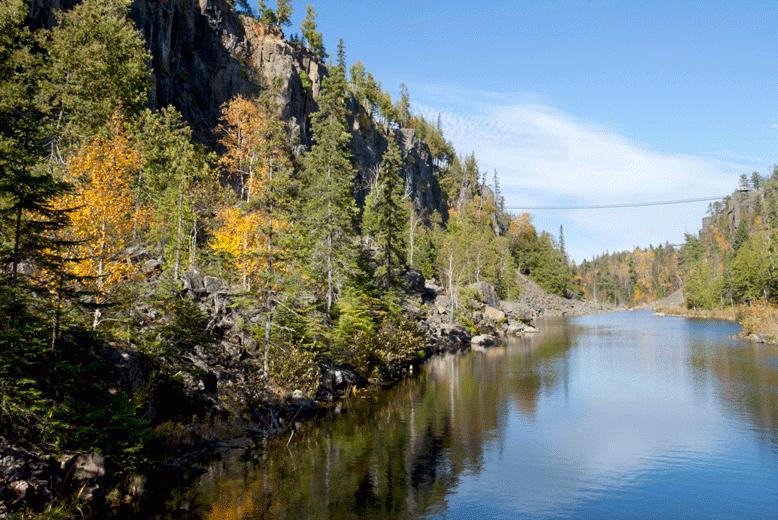 Conservation groups argue it’s a loophole. The mining industry maintains it adds “rigour, oversight and public review.” Either way, the result is the same: thanks to a little-known piece of federal legislation, more than a dozen healthy, fish-bearing natural lakes could become biological dead zones.

How is this possible? Under Schedule 2—a harmless-sounding add-on to 2002’s Metal Mining Effluent Regulation, which is part of the federal Fisheries Act—a company can simply apply to have a natural waterbody reclassified as a “tailings impoundment area.” Once approved, it’s no longer considered a natural lake, and loses all environmental protections.

What’s the impact? Devastating and long-term. Tailings produced by metal mines (nickel, copper, gold and others) are highly toxic and effectively kill the body of water and all living things in it. Two lakes in Newfoundland and Labrador have already been destroyed. Sandy Pond, on the province’s Avalon Peninsula, is approved for destruction, while lakes in B.C., Manitoba, Ontario, Nunavut and the N.W.T. await final judgment. Mining company Mara- thon PGM, for example, wants to use Ontario’s Bamoos Lake—home to lake trout, brook trout and lake herring—as a dump for a mine with an 11-year lifespan.

What’s the industry line? Tailings are usually stored in man-made impoundment areas, but depending on the topography, an existing body of water can be safer, says Paul Hébert, a vice-president with the Mining Association of Canada. He cites last October 2010’s massive release of caustic alumina sludge in Hungary as a cautionary example. Hébert notes that lakes are used only after an exhaustive assessment of all the options. “The regulatory process means that some projects are approved, and some are not,” he says. “When that happens, you know the process is working.”

Then why the concern? Published estimates say using Sandy Pond to hold nickel tailings will cost Brazilian mining giant Vale $62 million; a man-made containment area would have cost $490 million. This, says Ramsey Hart of Mining Watch, is a powerful incentive for companies to seek a natural dump site. Several projects, including Sandy Pond, were approved via the lowest level of environmental assessment allowed by federal regulations.

Is there any recourse? Mining Watch and other groups suggest writing letters to the Minister of the Environment, the Minister of Fisheries and Oceans and local MPs. Public outcry has already forced Ottawa to kill plans to turn B.C.’s Teztan Biny (Fish Lake) and Duncan Lake into toxic swamps. “We know this issue is registering with the government, but we need to pressure them to do the right thing,” says Hart. Otherwise, he says, mining companies will continue to quietly use wilderness lakes as low-cost dump sites.