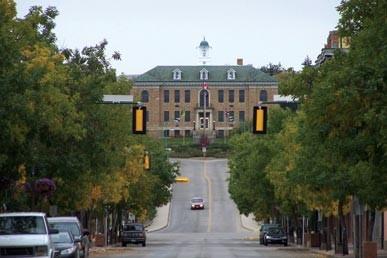 For the hunter, prince Albert could not be better situated. Rolling grasslands with stands of second-growth bush stretch southward to provide great hunting for big Dakota whitetails and mule deer, while fields throughout the region boast stubble hunting for geese (Canadas, snows and specklebellies) and fat mallards that’s as good as it gets. Looking north, there’s the aspen parkland where husky, forest-dwelling whitetails hold sway, along with elk and moose. Black bears are particularly abundant in the parklands, and they tend to be big, too. Best of all, much of the top hunting is within an hour’s drive of home base. And if you’re willing to head a bit farther afield to the south of the province, the short-grass prairie offers good hunting for antelope and upland birds (Hungarian partridge, pheasant and sharp-tail grouse). Prince Albert is also well situated from an economic standpoint. It prides itself on being the gateway to the North, and that’s more than idle talk. Though forestry has been in decline, it still fuels the local economy. And what’s been lost has been replaced by diamond and uranium mining ventures. Two gun stores in town—Arnie’s Guns and Archery and Frontier Firearms—offer a wide range of products and services for hunters, but you can also pick up basics at the Prince Albert Co-Op or at one of the big-box stores.