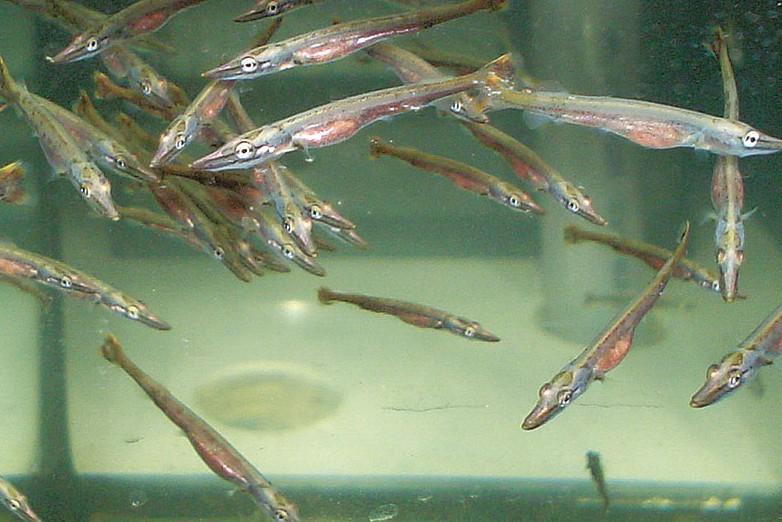 Tough as they seem, muskies are fragile creatures. Here's what one fishing club is doing to help them

Every year, scores of muskie hunters make the pilgrimage to prime muskie waters in hopes of catching that fish-of-a-lifetime. These anglers are passionate and highly motivated in pursuit of this freshwater leviathan. And they come armed with the latest high-tech equipment to ply their piscatorial skills.

However, a caveat needs to be issued. As tough as trophy muskellunge can appear to be, they are, in fact, very fragile creatures. And without our protection, they’ll disappear from our waters. Like any sportfish, the muskellunge is prone to harm—even death—from improper handling by anglers, temperature change, poor water quality, habitat loss and disease.

In many waters, female muskies are fractional spawners, spawning several times a week or so apart. That allows more potential for the spread of disease. Over the past few years, for example, numerous muskies have been found dead in Lake St. Clair, as well as the Detroit and St. Lawrence Rivers. The cause of these deaths has been traced to viral hemorrhagic septicemia (VHS).

As with any other sportfish, the eggs of the muskellunge are very tiny and delicate; they can be easily destroyed by changing water temperatures and levels. Also lethal are insufficient oxygen levels in the water, as well as predation.

A decline in muskie populations can also be brought about by the loss of reproductive habitat. Chemical spills, damming, the draining and filling of wetlands, springtime water drawdowns, sedimentation, suspended solids and shoreline development are just a few of the threats muskies—and fish in general—are facing.

If their habitat is destroyed, where will these fish spawn? In another location? Not so according to the late E.J. Crossman, one of Canada’s foremost muskie experts. “Muskellunge populations are extremely vulnerable to habitat change increasingly associated with the development of shorelines and areas of shallow water for human use,” Crossman wrote in his 1990 study, Reproductive Homing in Muskellunge. “Since certain groups of fish are sensitive to specific sites, remove the site and those fish will suffer.” That’s clearly a detriment to both fish and angler.

Not that the angler isn’t always without some blame. When a muskie does battle, its muscles are taxed to the limit, and large amounts of lactic acid are produced. As a result, the fish needs to be revived before it’s released; otherwise, it will perish. And holding up a muskie for a lengthy photo session only increases the chances of mortality—simply, time out of the water deprives it of vital oxygen.

Anglers also need to be careful about how they actually handle the fish. Hold it vertically and you can injure vital internal organs or the spine; accidentally scrape off some of the skin’s protective mucous covering and you can damage the cells underneath, exposing the fish to fatal diseases.

Luckily for the muskie-fishing community, an organization exists for the protection and enhancement of the fishery across the country—Muskies Canada. Working with anglers, scientists, government officials and other stakeholders, the organization is involved in all aspects of muskie conservation, from promoting catch-and-release to providing funds for scientific research. Among its ambitious programs, for example, is the Lake Simcoe Muskie Restoration Project.

Perhaps just as important is the camaraderie members share, along with the exchange of muskie-fishing knowledge. Above all, though, every angler who joins a local chapter of Muskies Canada becomes a steward of this great but fragile fishery—and helps improve the species’ chances for survival.

Muskies Canada is a non-profit fishing club dedicated to promoting sustainable muskie fishing in Canada. Among its goals, Muskies Canada aims to: