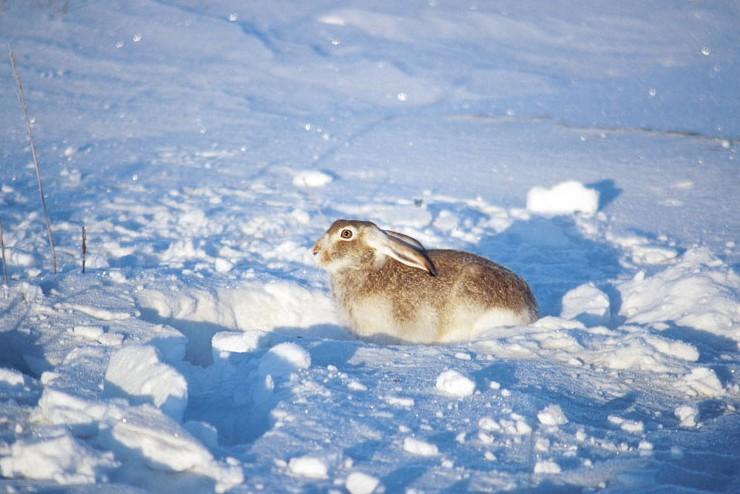 Learn more about the challenge of hunting rabbits

The end of deer season doesn’t have to spell the end of your hunting year. For those who aren’t already enjoying it, rabbit hunting is fun, challenging and a great way to extend your season.

Canada is home to cottontails, jackrabbits and snowshoe and Arctic hares, and while each is distinctly adapted to its habitat, there are many similarities in how you hunt them. Most widespread is the snowshoe-or varying hare-which is found in every province and territory. (I realize the snowshoe is, in fact, a true hare and not a rabbit, but I trust you’ll forgive me for using the common name.)

Throughout their range, snowshoes can be found just about anywhere there’s sufficient cover and food, although forested areas are their preferred habitat. To find areas with a lot of rabbits, cruise back roads at dawn or dusk, as they’ll often venture to roadsides in search of food. A walk through suitable cover in winter will also quickly reveal their whereabouts, since rabbits are creatures of habit and the snow along their chosen routes will be well packed with footprints.

I prefer to hunt edge habitats, including brush piles, field edges, old burns, fencerows, slough margins and cutlines. These locations typically offer an abundance of food, while at the same time providing reasonable shooting opportunities. Hunting thicker cover can certainly turn up plenty of rabbits, but they often disappear so quickly that quality shots are limited.

The trick to successful rabbit hunting is to move upwind very slowly in areas where you’re seeing a lot of sign. At times, rabbits will break from cover as you approach, but more often they’ll sit tight, scampering out just as you pass or letting you walk right by. It pays to watch behind you, too, as rabbits will often scoot out from their hideouts after you’ve gone by, or circle back to cover after they’ve been flushed.

A stop-and-go technique, similar to still-hunting deer, can be very productive for the solo hunter. Simply stop every few feet and turn in a full circle, taking special care to look beneath shrubs and branches. Often you’ll catch the twitch of an ear or the two dark spots of a rabbit’s eyes as it hunkers down. Seeing a rabbit before it sees you considerably increases your chances of success.

If you do spot a rabbit, lift your gun slowly, as rapid movements often cause them to dart away. And don’t be shy about kicking a piece of cover that might conceal a rabbit. You’ll be surprised at how often one comes leaping out.

When hunting in pairs or small groups, use tactics similar to upland bird hunting. Walk on opposite sides of cover, with one hunter holding post while the other walks forward, alternating as you move along. If you come across ideal rabbit cover, such as an old brush pile, post one hunter along the most likely escape route while the other attempts to flush any rabbits that might be hiding. (For safety’s sake, I strongly recommend that everyone wear blaze orange.)

As for guns and loads, a 12- or 20-gauge with an improved-cylinder choke, loaded with #6 or #7 1/2 shot, is ideal. Though I have limited experience hunting rabbits with dogs, those who do use dogs tell me they use a modified or full choke and switch to #4 or #5 shot, as shooting distances tend to be farther.

Some prefer to hunt rabbits with .22s or other small-calibre rifles, but I’ve found that they’re generally ineffective for snowshoes or cottontails. In the more open habitat where you usually hunt Arctic hares or jackrabbits, however, rifles are better suited to the greater shooting distances often involved.

Whatever the case, rabbit season ensures one thing: the opportunity to enjoy even more days of the year out there, in the field.

Rabbit hunting, particularly for cottontails and snowshoes, offers an ideal opportunity to let youngsters or novices enjoy a fun, low-stress hunt. Unlike big-game hunting, there’s no need to worry about remaining absolutely quiet, and there’s bound to be plenty of shooting opportunities-a combination sure to please eager young guns.