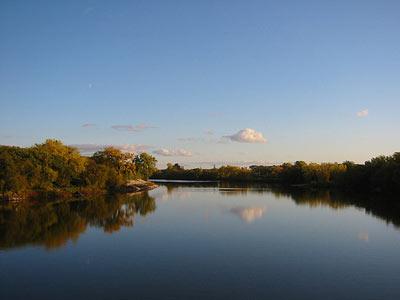 When it comes to channel cats, there’s the Red, then everywhere else. This muddy, unhurried river is renowned for its giants, including the Canadian record: a 44½-pound tiger. But it’s also among the country’s best walleye waters, holding the Manitoba record, plus the provincial records for carp, drum and sturgeon. This fine mixed fishery even has great shore angling for any Winnipegger with bus fare and a bag of bait.

In 2010, Walleye; Great numbers of quality fish and the legitimate chance of a trophy.

When to fish:: All season long.

Where to fish: Try river delta areas, back eddies and current breaks throughout the system.

When to fish: June is best.

Where to fish: Fish near the dam in Selkirk, just north of Winnipeg.

—Ben Woo, an event producer and the president of the Berkley B1 Canadian Bass Open

In 2008, Channel catfish; A world-class fishery

When to fish: May through July.

Where to fish: Selkirk is the centre of activity.

Tip: Fish a fresh shad chunk on a circle hook on bottom with an egg sinker and slip-sinker set-up.