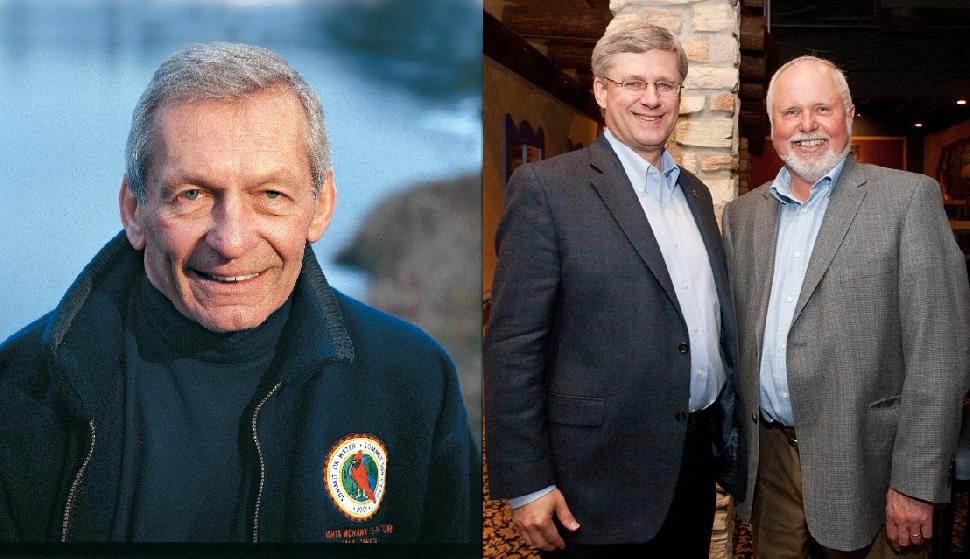 Why Harper was bad news for Canada’s environment

Why the Harper Conservatives were no friend of the environment

In Outdoor Canada magazine’s recent “Adventure Special” issue, Member of Parliament Robert Sopuck claims the Conservative Party is the only party that supports hunters, anglers and trappers, and that the Harper government was particularly praiseworthy for its environmental initiatives. My bullshit-o-meter needle maxed out, inspiring me to do a little fact checking. I found that Mr. Sopuck is most likely using the same sources of “facts” as U.S. presidential candidate Donald Trump.

Sopuck challenges anyone to point to quantitative evidence that Harper’s programs were harmful to the environment. Here are two, right off the top: Declining caribou herds and B.C. Hydro’s proposed Site C hydroelectric dam.

Ecologists have painstakingly quantified the causes of caribou declines for years. Both the Conservatives and the Liberals can be faulted for not taking action to halt the decline, but during the Harper years, it was very clear we would lose most of the caribou populations in southern Canada unless immediate action was taken to protect their habitat from industrial development. The evidence was clearly presented to at least two of Harper’s environment ministers, yet neither took action to halt the decline.

Today, we are all but certain to lose all but a few woodland and mountain caribou herds, unless extraordinary and expensive measures are taken. One herd is already extinct, and several others have fewer than 10 animals remaining. Sadly, I am old enough to remember when there was a legal, licensed caribou hunt. I doubt whether those times will ever return. To me, this is far more important than whether or not I must register my gun.

As for B.C. Hydro’s Site C, it was one of the first megaprojects to be examined under the Canadian Environmental Assessment Act (CEAA) after the Harper government weakened it in 2012. As a result, the review process was “streamlined” via a three-person panel (two of them former civil service deputy ministers, presumably on very short leashes) in a period of three months. Despite the shortened review and the small panel, the resulting report outlined more adverse effects of Site C than in any of the other 120-plus reviews completed since the CEAA was initiated in 1992!

In addition to a large number of adverse effects on fish and wildlife, the panel found that treaty rights of First Nations in the area were ignored. The panel also rebuked a number of the claims made by B.C. Hydro. Yet both the federal and B.C. governments ignored the panel’s conclusions and supported construction of the dam, presumably to expedite electricity to power several liquid natural gas pipelines and terminals planned as economic opportunities by the province.

As a result of the flawed process, at least two legal actions have been brought against the Site C project. Recently, a statement of concern by several hundred academics, supported by the Royal Society of Canada, called for a re-examination of the project, pointing out that in addition to the environmental and treaty rights flaws, it was neither economically nor environmentally the right decision. B.C. Hydro continues to construct, despite widespread public opposition and pending court decisions. My guess is that in the end, there will be more talking and meeting and less real work dealing with real issues than if the pre-Harper process had been used. (I agree with Sopuck that the CEAA process needed an overhaul to streamline it, but not by compromising environmental protection, which is another story.)

The CEAA was but one of several pieces of environmental legislation weakened by the Harper government. The Canadian Environmental Protection Act, the Navigable Waters Protection Act, the Species at Risk Act and the Fisheries Act received similar treatment. Perhaps the gutting of the Fisheries Act peeves me the most. Rather than protecting all fish species and fish habitat, the Harperites proposed to protect only species of commercial, recreational or aboriginal importance, or “CRA species” in Ottawa bureaucratese.

In the House of Commons hearings where these alterations to the Fisheries Act were proposed, I testified before a committee dominated by Conservatives, including Sopuck. The committee heard from experienced research scientists, experienced ex-ministers (including Conservatives) and First Nations leaders. All advised against changing the Fisheries Act, but the committee was undeterred, ignoring the advice of those with far more experience in fisheries science, traditional knowledge and in crafting scientifically sound legislation. As a result, the Fisheries Act no longer protects sportfisheries that are not used. Nor does it protect many non-sport species that are important to the sustenance of CRA species.

Sopuck correctly claims that Canadian emissions of greenhouse gases declined by nine per cent, but the federal Conservatives cannot claim credit for this. Almost all of the reductions occurred in Ontario, where the provincial Liberal government shuttered coal-fired power plants. In other venues, Conservatives have derided Ontario’s actions—it’s now strange that they wish to claim them!

And how about the reduction in the numbers of federal scientists studying fish and wildlife issues, and the forced lack of communication between them and the taxpayers who pay their salaries? Or the closures of seven research libraries, saving $430,000 annually? That’s just 20 per cent of what the Harper Government spent on the “Fake Lake” to amuse attendees at a single G-20 press conference. And how about the termination of funding for the Experimental Lakes Area, Canada’s best-known environmental research facility, which has saved many lakes from toxic algal blooms and acid rain? Then there’s the “Fossil of the Year” award that Canada received in 2009, ending decades of this country being regarded as a world leader in solving environmental problems during the pre-Harper years.

Let me be clear that I am not an anti-Conservative. During my more than 50 years of experience, some of our best ministers were from the PC party—people like John Fraser and Tom Siddon, who believed that a Conservative was someone who conserved first and developed second, the reverse of the Harperites. Environmental/conservation ethics, or the lack thereof, seem to accompany certain individuals, regardless of their other political proclivities. Hopefully, we will not see another government soon that was as devoid of environmental sensibilities as the Harperites.

David Schindler has more than a half-century of experience as an ecologist with the Fisheries Research Board of Canada, the federal Department of Fisheries and Oceans and the University of Alberta. He has received more than 80 international and national awards for his research and its underpinning of sound environmental policy. He is also an avid hunter and fisherman, and a long-time subscriber and sometimes contributor to Outdoor Canada.