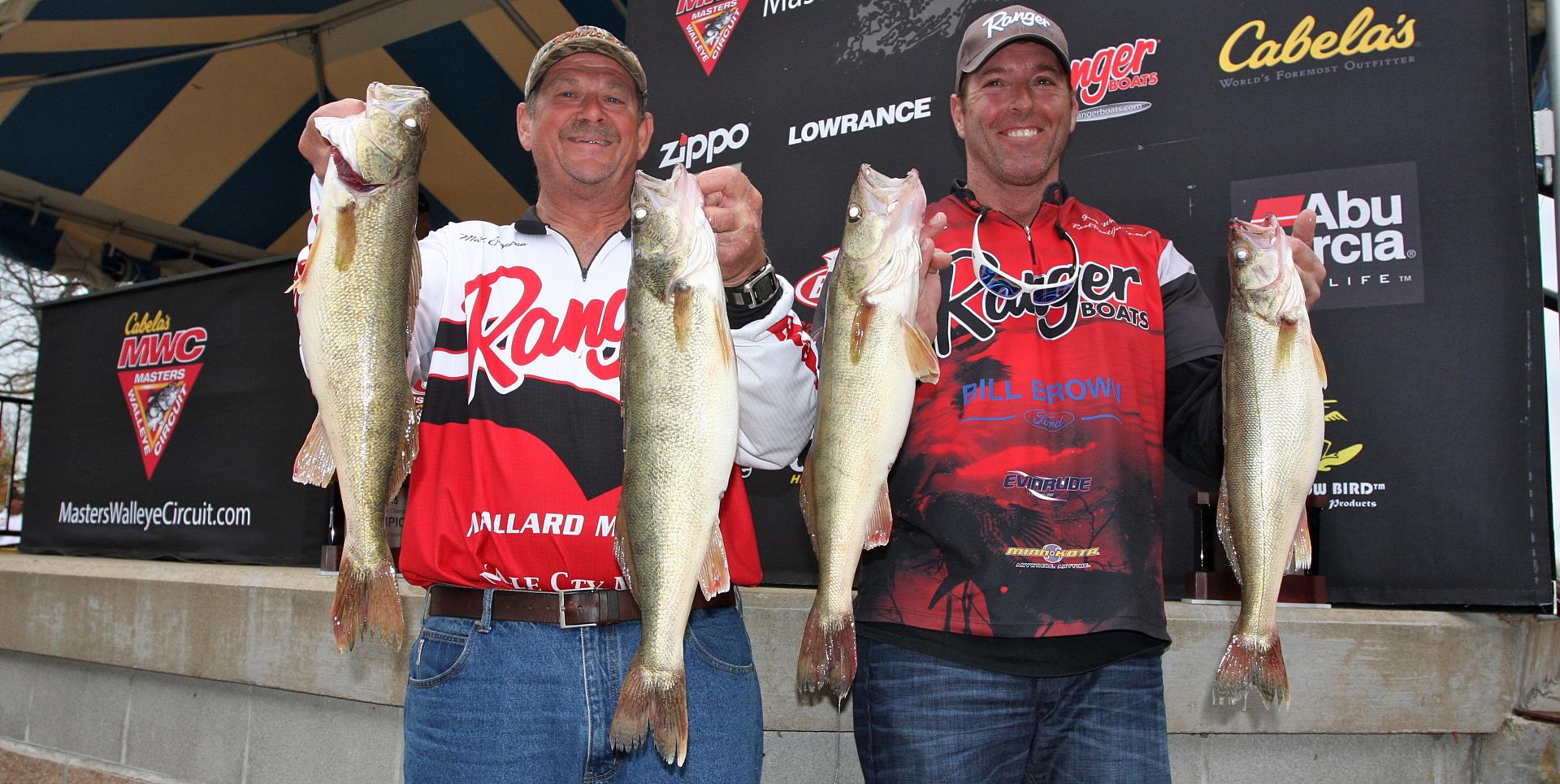 Secret tips from the Canadian who won the World Walleye Championship

For six years, Ontario fishing partners Greg Whitson and Mark Campeau have been competing in the U.S.-based Cabela’s Masters Walleye Circuit, qualifying four times for the series’ World Walleye Championship. That’s accomplishment enough, but last year they made angling history by becoming the first-ever Canadians to claim the prestigious championship. For their winning total weight of 65 pounds 12 ounces over the three-day competition, they took home a trophy, a pair of championship rings and US$21,000. We asked 48-year-old Whitson (below on right), who lives in Windsor and grew up fishing on nearby Pike Creek, to share their podium-finishing secrets.

Whitson stresses the importance of putting in the time to gather as much information as possible about your fishing destination. “When we fish somewhere we’ve never been to, I go on the Internet and look at fishing reports for that time of year, going back five or six years,” he says. “There’s so much information you can get to help you out—if you do the legwork.”

According to Whitson, another major key to success is pre-fishing, as it gives you a chance to identify fishy spots and develop a game plan. When they pre-fish, Whitson and Campeau each take their own boat and fish solo for five days prior to the tournament. “Come tournament day, anything can change, but you better have figured out what you want in the way of fish,” says Whitson, stressing that you also need to remain flexible. “Weather can change, so you also have to have plans B, C and D.”

It’s important to not follow the herd, and instead find your own pattern, Whitson says. During last year’s championship on Lake Erie out of Huron, Ohio, the wind was pushing the baitfish up on reefs and the fish were in shallow. “Other guys were staying outside in 15 to 23 feet while we were getting fish in eight to 11 feet of water,” he says. “The main thing was to get in where the wind was blowing up on the shoal, even though it was tough to get to. That’s where the fish were feeding actively.” The pair also trolled slightly faster than the rest of the pack, which added to their winning form.

You need to roll with the punches when it comes to the weather, and put the conditions in your favour, Whitson says. The championship on Erie is a case in point. “Even though it was tough, the waves were helping a lot,” he says. “It was surging so much that the planer boards relaxed for a minute on the back end of the wave. As soon as they started to move forward—bang!—fish would hit. They wanted the pause.”

Whitson recommends going fishing in as many different places as you can in order to gain experience in a variety of scenarios. “We learned a lot over the years fishing in various places because the fish relate differently in each,” he says. “It’s been quite a big help to try different techniques.”

For more on the Masters Walleye Circuit, go to www.masterswalleyecircuit.com.