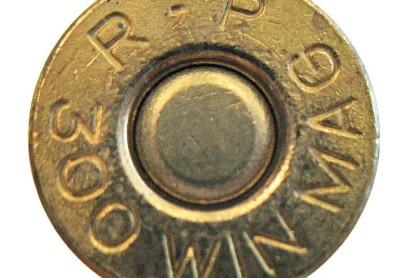 Secrets of the pros: the one-gun option

Which calibres Canadian outfitters chose for hunting all big game

We asked the outfitters to select the one calibre they’d recommend for hunting all big game in their territories, and 69 of them rose to the challenge. I wasn’t surprised to see them name the .30-06 as their top choice—garnering 43 per cent of the votes—given the cartridge’s proven effectiveness in the field for more than 100 years. Several guides noted that the wide range of factory-loaded bullet weights for this round makes it extremely versatile. Plus, the bullets are usually available anywhere ammo is sold.

Next on the list was the .300 Win. Mag. at 26 per cent, touting many of the same attributes as the .30-06 but with a little more punch and additional downrange energy for shots at longer ranges. The 7mm Rem. Mag. was the only other cartridge to receive more than a tenth of the nominations, coming in at 12 per cent. Next in line was the .270 Win., with four per cent of the votes.

All these calibres are versatile, coupling flat trajectories with plenty of energy out past 300 yards. In total, 12 different cartridges were nominated-the .338 Win. Mag. was the largest, with the .25-06 the smallest (recommended by a prairie outfitter offering only deer and antelope hunts).

I found it curious the new breed of short magnums, which have generated so much attention in the hunting world, received only four of the 69 votes. While short magnums may have caught the attention of the hunting press and a growing number of hunters, those who hunt for a living still seem to prefer the tried-and-true. It will be interesting to see if this opinion changes over time.

And while the .270 and .300 short magnums received some mention, the new breed of 7mm magnums appeared nowhere in the survey replies. This suggests some things really can’t be improved upon—such as the 7mm Rem. Mag.