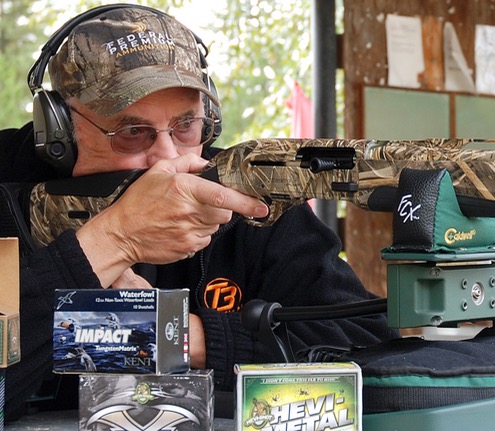 Shotgun review: How Beretta’s new A400 performed in our tests

Beretta’s new A400 suits both waterfowl and turkey hunters

Surely it was Beretta’s intent to spark my interest when the company sent me the latest addition to its prestigious world of shotguns, the A400 Xtreme Plus. It’s without doubt a waterfowl shotgun, but it’s also drilled and tapped for a Picatinny rail, offering the opportunity to mount an optical sight for hunting turkeys, or possibly even deer. That certainly sparked my interest, as did the rest of the shotgun’s many features, both new and old.

First up, the new A400 incorporates Beretta’s tri-alloy Steelium Plus barrel, which is normally reserved for high-level competition guns. The barrel uses a long, 14-inch forcing cone to gradually taper the shot string for increased pattern performance and reduced recoil.

The barrel also features a stepped rib raised to eye level, and a steel mid-bead and front fibre optic sight for enhanced sight alignment. The bore, meanwhile, promises the best ballistic performance out there, even with steel shot. The shot pattern remains uniform, no matter the shot size or load. Included are five extended Black Edition choke tubes.

Said to be the world’s best recoil reduction system, with 70 per cent less felt recoil, Beretta’s Kick-Off system is the first to eliminate the second recoil peak, which occurs when the bolt hits the receiver at the end of its travel. Then there’s the innovative MicroCore recoil pad, made of open-cell techno-polymer that’s softer and lighter than rubber. It also slides better and expands, increasing the surface area for a more secure shoulder fit.

Beretta says its Blink gas-operating system is 36 per cent faster than that of any other semi-auto shotgun. It features a rotating bolt, new feeding system and self-cleaning piston. As for the expanded and bevelled loading port, it reduces thumb bite and makes it easier to load the gun while wearing gloves. Enhanced controls include an extended charging handle, enlarged bolt release and an oversized reversible safety and trigger guard.

The enlarged charging handle, bolt release and safety on the new A400 Xtreme Plus are distinct assets, especially when wearing gloves in cold weather. For a waterfowl shotgun, it fit and balanced well, with the stepped-up rib offering a positive sight line, especially on quick-moving targets.

While the felt recoil was notably reduced, it was impossible for me to determine whether it was actually 70 per cent less. It certainly cycled as fast as I could pull the trigger, ejecting the hulls a good 15 feet. The expanded loading port was also an improvement—I no longer suffered a finger pinch every time I added ammo to the magazine. When checked, the trigger pull was surprisingly consistent and light for a shotgun, with three readings between four pounds 12 ounces and four pounds 14 ounces.

Being partial to steel alternatives for waterfowl, I decided to pattern five such waterfowl loads and five premium turkey loads. I used standard target loads on the trap range, where I shot one round of 25 birds, hitting the first 20 and dropping one of the following five. The A400’s nimble handling on the range impressed me, especially given I didn’t shoulder the gun until each clay bird had left the trap. 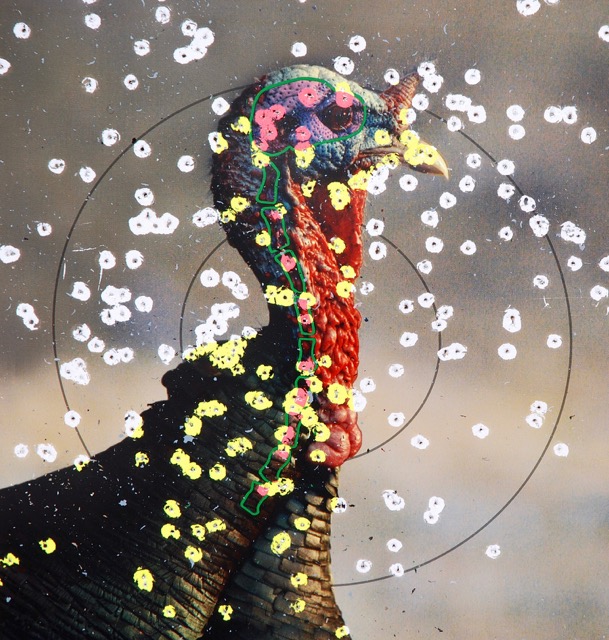 At 40 yards, the A400 certainly patterned well. There was an even distribution of shot in both the left and right quadrants, although there was a slight tendency to pattern a bit high. If I were to hunt geese over decoys, a good choice would be three-inch, 1¼-ounce #3 Kent Bismuth Waterfowl. For pass shooting, consider three-inch, 1¼-ounce BB Hevi-Shot Hevi-Metal.

For ducks, I would look no further than either three-inch, 1⅜-ounce #4 Hevi-Shot or three-inch, 1¼-ounce #5 Kent Tungsten Matrix. When it comes to hunting wild turkeys, however, the singular load of choice would have to be three-inch, 1⅞-ounce #5 Winchester Long Beard. It performed remarkably, more than doubling the number of lethal hits (pictured above) compared with its closest competitor.