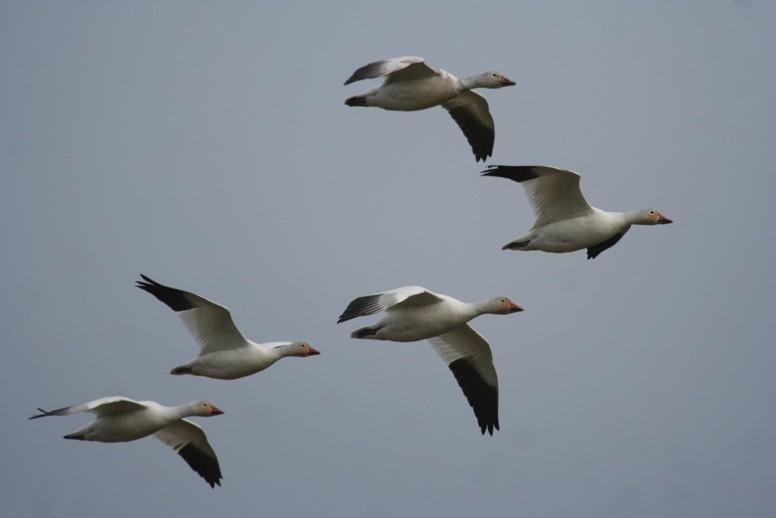 The hunt: As summer slides into fall, the green sedges that carpet the tidal flats of the St. Lawrence River ripple under an onshore breeze. All is quiet until late September, when the first line of greater snow geese slips over the rugged north shore hills, the birds’ yodelling changing to excited yelps as they plummet earthward on cupped wings. Behind them comes another wave, and yet another.

Within days, there are tens of thousands of birds, gorging themselves after their long flight from the eastern Arctic. By early November, up to a million greater snow geese will have stopped at this, their major staging area. And the spectacle repeats itself in April, when the birds head back north to their nesting grounds.

It’s an astounding sight for anyone travelling along the Trans-Canada Highway from Île d’Orléans eastward to Montmagny, or visiting the Cap Tourmente National Wildlife Area on the north side of the St. Lawrence. For waterfowlers, it’s pure adrenaline. Most of the hunting is from pit blinds close to the water’s edge, and on good days, when the wind and tide are just right, the shooting remains hot until the rising water forces you back to higher ground.

When to go: The flocks start to really accumulate after the first week of October, with numbers declining by early November. The month-long spring season starts around the middle of April.

Gun and load: 12-gauge shotguns that will continue to function after being slathered with mud are a must. Bring three-inch shells with #2 non-toxic shot, and a few BB loads for backup on windy days. —George Gruenefeld