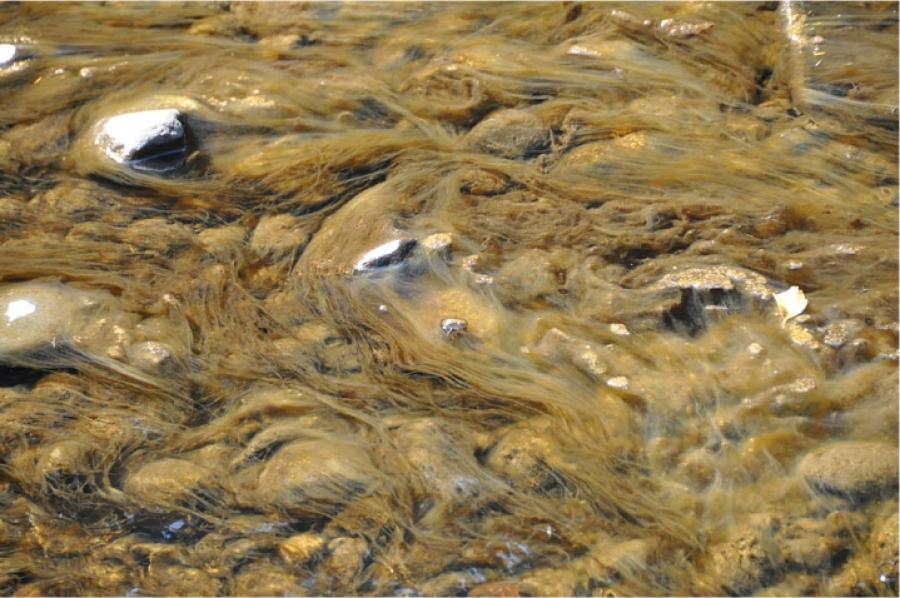 New Canadian research suggests that the spread of thick, mucus-like algal blooms, known as rock snot, may result from warming waters. Until now, the suspected culprit was human transport, including anglers.

To scientists, rock snot is Didymosphenia geminata, a diatom—or single-celled algae—that attaches to rocks on river bottoms. Unlike many other types of algae, which thrive in warm water, didymo, as it’s often called, prefers cold, fast-flowing water—ideal stream-fishing habitat. Didymo blooms cover river bottoms in a green, slippery carpet. No only is the stuff unsightly, it can disrupt river ecosystems and harm fish populations.

As reported several years ago in Outdoor Canada, rock snot was first confirmed in Alberta in 2004, and then in Quebec and the Maritimes in 2006. The didymo diatom has been considered an invasive species, and anglers were thought to be a big part of the problem. A number of U.S. states, including Alaska, Maryland, Vermont, Rhode Island and Missouri banned the use of felt-bottomed wading shoes, and began encouraging anglers to thoroughly wash gear when traveling between waters.

However a new study by researchers at Queen’s University, Brock University, and l’Institut national de la recherche scientifique, is questioning that conventional wisdom. Published in the Canadian Journal of Fisheries and Aquatic Sciences, the study contends that didymo diatoms may already be present in most waters, and that climate change is the primary factor in rock snot outbreaks.

Lead author Michelle Lavery, a Masters student at the University of New Brunswick’s Canadian Rivers Institute, told Live Science, “We can’t make any solid claims as to the mechanism that is favoring didymo, but we strongly suspect it has to do with climate.”

Her new research also reveals that didymo is not a recent invader. “We found it in dated sediments from 1970,” Lavery told CBC News. “And it’s also been reported in historical reports from 1910 to 1896.”

Lavery and her colleagues believe warming temperatures brought didymo back to prominence in recent years. In fact researchers found didymo remains in sediments dating back many decades, even where there are no current infestations.

Even if didymo is no longer considered an invasive species, it still remains an area of ecological concern, since sudden changes in the environment suggest something untoward is going on. However it will change the direction of research. It may also allow fly fishing enthusiasts—the anglers most likely to be wading in cold-flowing rivers—to feel less guilty.

But as Marshall Cutchin, publisher of popular fly fishing website MidCurrent points out, this doesn’t mean that washing waders and boots is no longer necessary, since other live organisms can still be transported from stream to stream. Additionally, Cutcheon says, “It does force us to re-examine our assumptions about which aspects of human behavior have the greatest impact on the health of aquatic environments.”