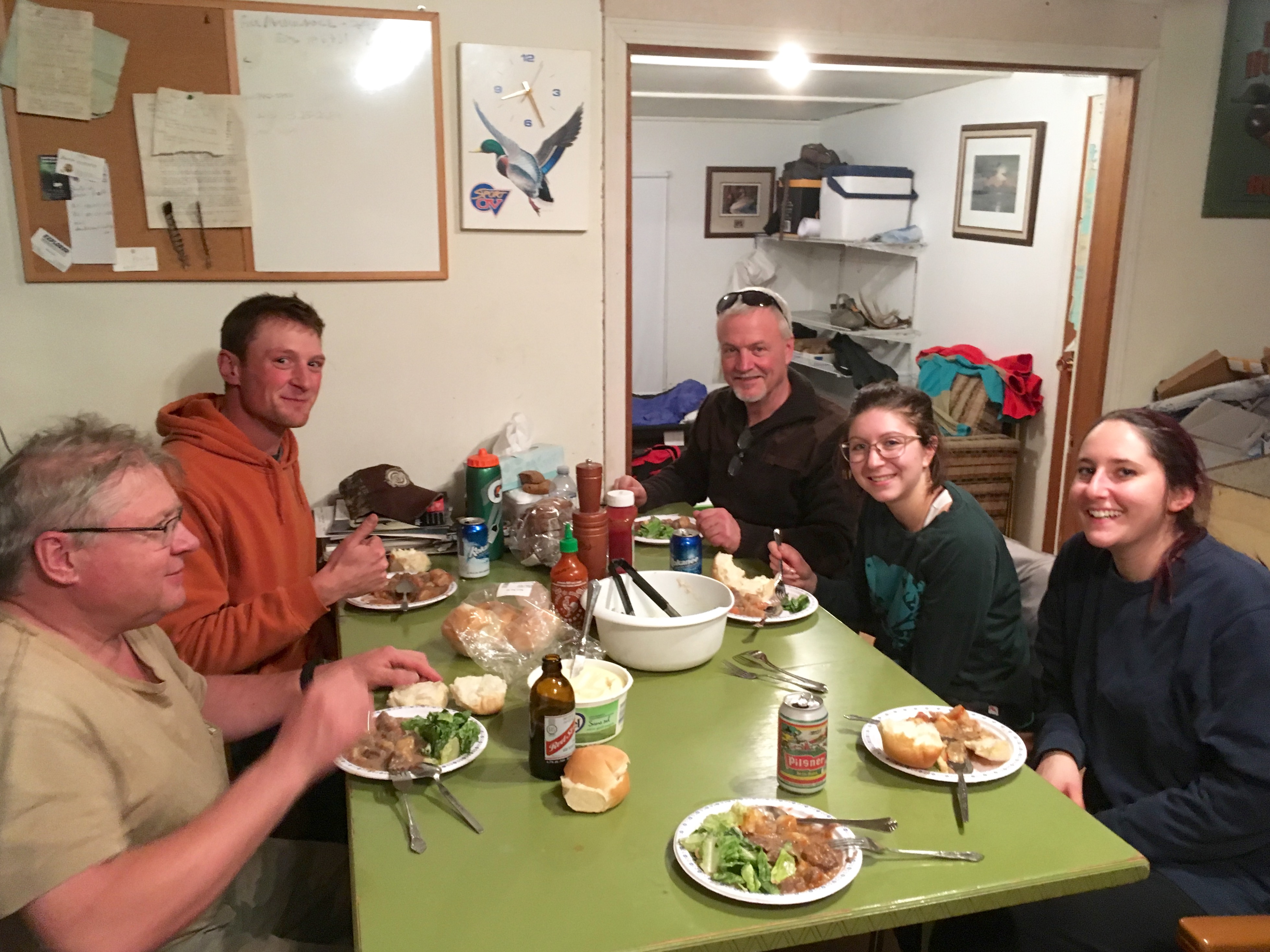 The faces at my hunt camp are changing, and it’s great

Changing of the guard

How one hunt camp’s membership has evolved, and for the better

My pal Rollie and I bought our hunting camp in 1991, when we were in our 30s—160 treed acres with a cabin and electricity, but no running water. Our vision was that it would become a gathering point for our hunting buddies each fall, and that’s exactly what happened. Avid waterfowlers would come up in September and October, and together we’d chase diving ducks on the nearby lake. Come November, the deer and moose hunters would arrive.

Over those three months, we’d host a dozen or so regulars, and by all accounts, it was pretty much an old boys’ club (although most of us were thirtysomethings). We’d hunt hard and, once the sun went down, we tended to play pretty hard, too.

Evolution is a funny thing. Observed over a long period, changes can be monumental. But when you’re in the thick of it, the incremental changes are difficult to see. In fact, it wasn’t until last November, when I took a picture of our deer-hunting crew around the dinner table, that I really noticed for the first time how vastly different our hunting camp has become.

Rollie and I remain fixtures, of course, and in the photo (above), you can see our friend John, who’s hunted with us most years since we bought the camp. The rest of the crew, however, represented a vast departure from the good old days. There was my youngest son, Austin, a relative latecomer to hunting who started joining us three years ago, and John’s daughter, Meaghan, who’s joined us for three of the last four years. Also there for her third season was John’s niece, Rachel. The three newcomers are all in their mid-20s, while Rollie, John and I are now in our late-50s or beyond.

Not only is our camp crew no longer a single-age demographic, it also now has female members as regulars, and I couldn’t be happier. Having my youngest son as a hunting partner brings rewards that only parents who hunt with their children can fully appreciate, while the presence of the young women adds another welcome aspect. And even though the membership may have evolved, many things around our camp haven’t changed. We still hunt hard from sunup to sundown, we’re still a little camp-careless about our hygiene and we still all pitch in to handle the myriad camp chores.

What has changed is that the focus of our hunting efforts is no longer on the veterans, but on the younger crowd. They get first pick of stands or properties. If we know of a good buck in the area, we do all we can to help one of them get a crack at it. And in the evenings, much of the talk involves the millennials asking us older guys about deer behaviour, rifles and ammunition, hunting strategies, and the handling and cooking of game meat.

[easy-tweet tweet=”@OutdoorBailey says his hunt camp is trending younger and more female, and it’s a change for the better” user=”OutdoorCanada”]

Under our tutelage, the younger members have also become good camp contributors, having learned to cut kindling, start the evening fire, haul water, handle the quads and perform numerous other tasks around camp we’ve always taken for granted, but are new to them. In short, us old-timers have become mentors, almost without realizing it.

The atmosphere in camp has also changed. We eat much more healthily than we once did, in part because we veterans have adapted better lifestyles, but in large measure because of a subconscious paternal ethos that has emerged. And when we’re not talking hunting, conversations lean to the developing lives and careers of the youngsters; no longer is there the traditional carping about the parts of our lives that aren’t going in the direction we’d prefer. We also go to bed much earlier than we once did—our progeny don’t have that same great desire to relax by the fire until the wee hours, and we’re all the better for it.

The mantra has long been to take a youngster hunting as a means to give back and ensure there’s a future for hunting. It’s promoted almost as a necessary chore. It’s never been a chore for us, though, and the changing demographics in camp are wonderfully energizing. My memories of the good old days are fond, but I’ve never enjoyed deer camp as much as I do today.