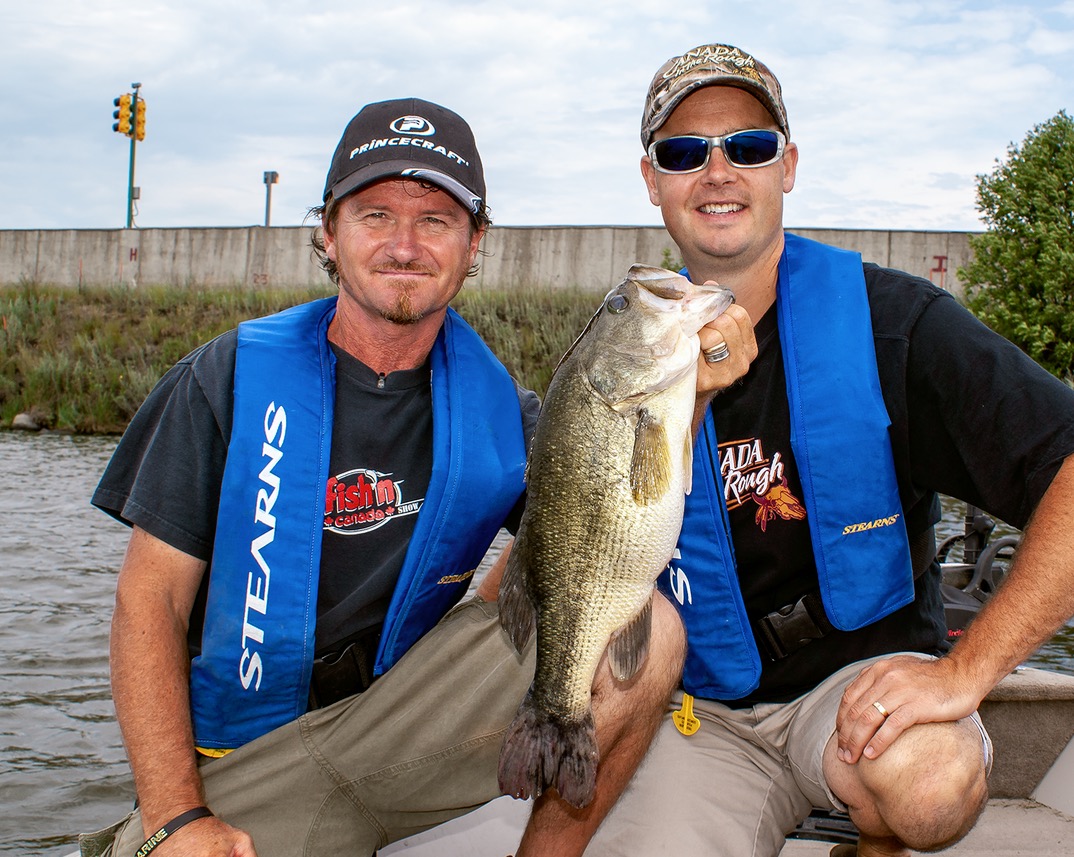 Saskatchewan has a reputation for offering some of the best big-game freshwater fishing in the country. Gigantic northern pike and bulbous, ancient lake trout are the provincial superstars, but they’re not the only sportfish within Saskatchewan’s borders.

There’s also great fishing for Arctic grayling, rainbow trout, sauger, walleye, whitefish and yellow perch, among other species. But the fish that truly piqued my interest while shooting footage two years ago for the Fish’n Canada Show was—get this—largemouth bass. You’re probably thinking the same thing I did: Largemouth bass in Saskatchewan? Really?

Along with special guest Keith Beasley, co-host of TV’s Canada In The Rough, I fished Boundary Dam Reservoir, a man-made impoundment of Long Creek in the southeast of the province near Estevan. Much of the shoreline and surroundings look like the set of a Mad Max movie, not a fishing destination, but don’t let that fool you. Water is pulled in from the reservoir to cool down the local power plant, and the resulting warm water is discharged, creating phenomenal largemouth habitat. The lake, which never completely freezes over during winter, is also home to pike, walleye and yellow perch.

Keith and I shot two episodes on the 688-hectare, S-shaped reservoir, one at the north end, the other at the south. One of those shows had us firing flipping jigs to weed clumps for most of the day, while the other saw us finessing drop-shot rigs in deeper water. Both adventures turned out spectacularly well for both numbers and sizes of largemouth bass (watch episodes 416 and 429 at www.fishinncanada.com). All in all, the two shoots were the surprise of the year, demanding a return visit to Boundary Dam Reservoir.

Visit www.tourismsaskatchewan.com for info on accommodations, outfitters and more.

For a complete guide to Fish’n Canada Show EPISODES, TV channels and show times, go to www.fishncanada.com or www.facebook.com/fishncanada.