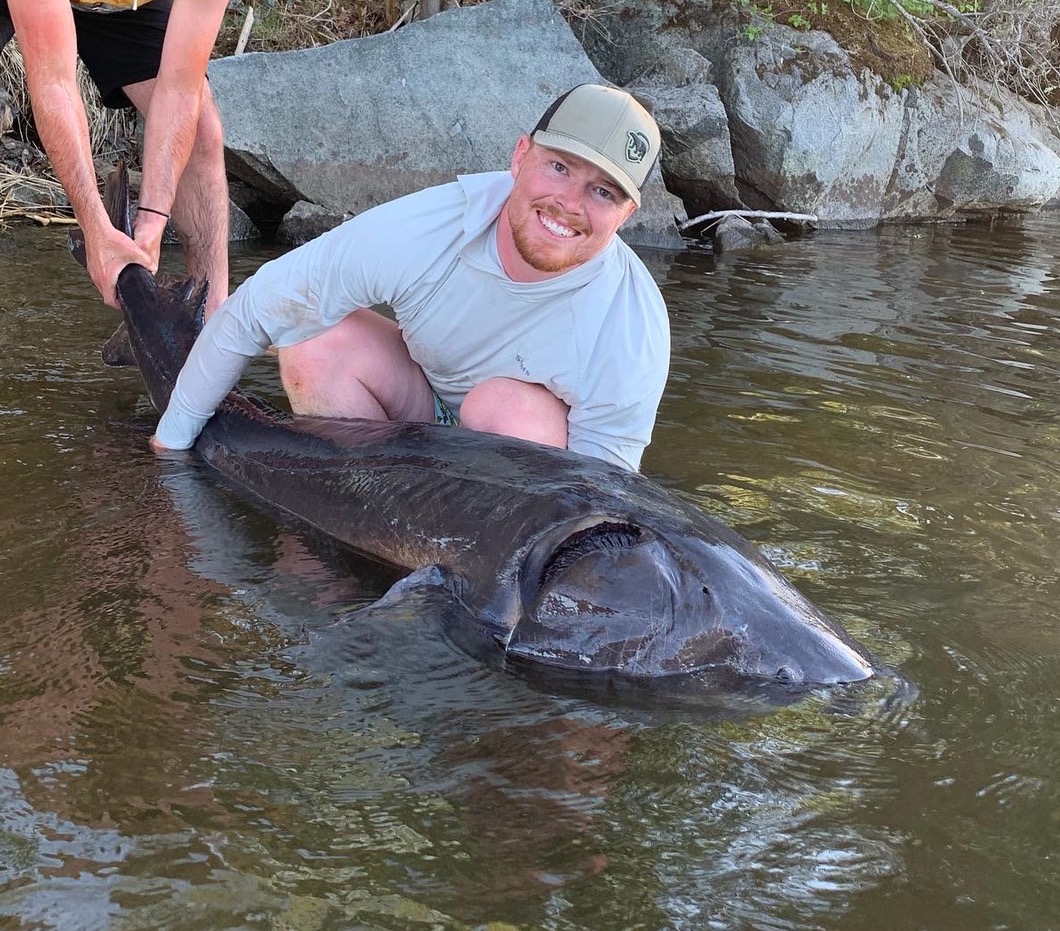 This Ontario angler thought he had a big bass. He was off by about 200 pounds

In late May, a 23-year-old fishing guide from Kenora, Ontario, reeled in the incidental catch of a lifetime. Coel Forsyth and his girlfriend, Emily Enns, were fishing for largemouth bass on Lake of the Woods when he flipped a Senko into a patch of reeds in roughly three feet of water. Forsyth, who founded Tightline Guide Service when he was just 14, says he saw his line move sideways and assumed it was a big largemouth.

“I set the hook, and it was a little bigger than I thought it was going to be,” he says. As the fish breached the surface, Forsyth still wasn’t sure what he had on the line, thinking it might be a giant northern pike or muskie.

Once he got the fish to the side of the boat, however, he quickly realized it was a lake sturgeon. “That bay is known to hold big fish,” he says, “but I was not expecting that!”

Since there is no open season for lake sturgeon on Lake of the Woods, and Forsyth says he didn’t want to stress the fish any further, he slowly made his way to shore, jumped out and took a few measurements before releasing it as Enns snapped some photos. “It was impossible to keep the fish straight,” he says, “but I got a couple of different measurements, then averaged it.” The result? Seven feet.

Forsyth says he spoke with biologists at the local Ministry of Natural Resources and Forestry office, and they estimated the sturgeon was probably more than 100 years old. Forsyth figures it had come up shallow to spawn, something that happens only every two to seven years with males, and four to nine years with females. Talk about being at the right place at the right time!