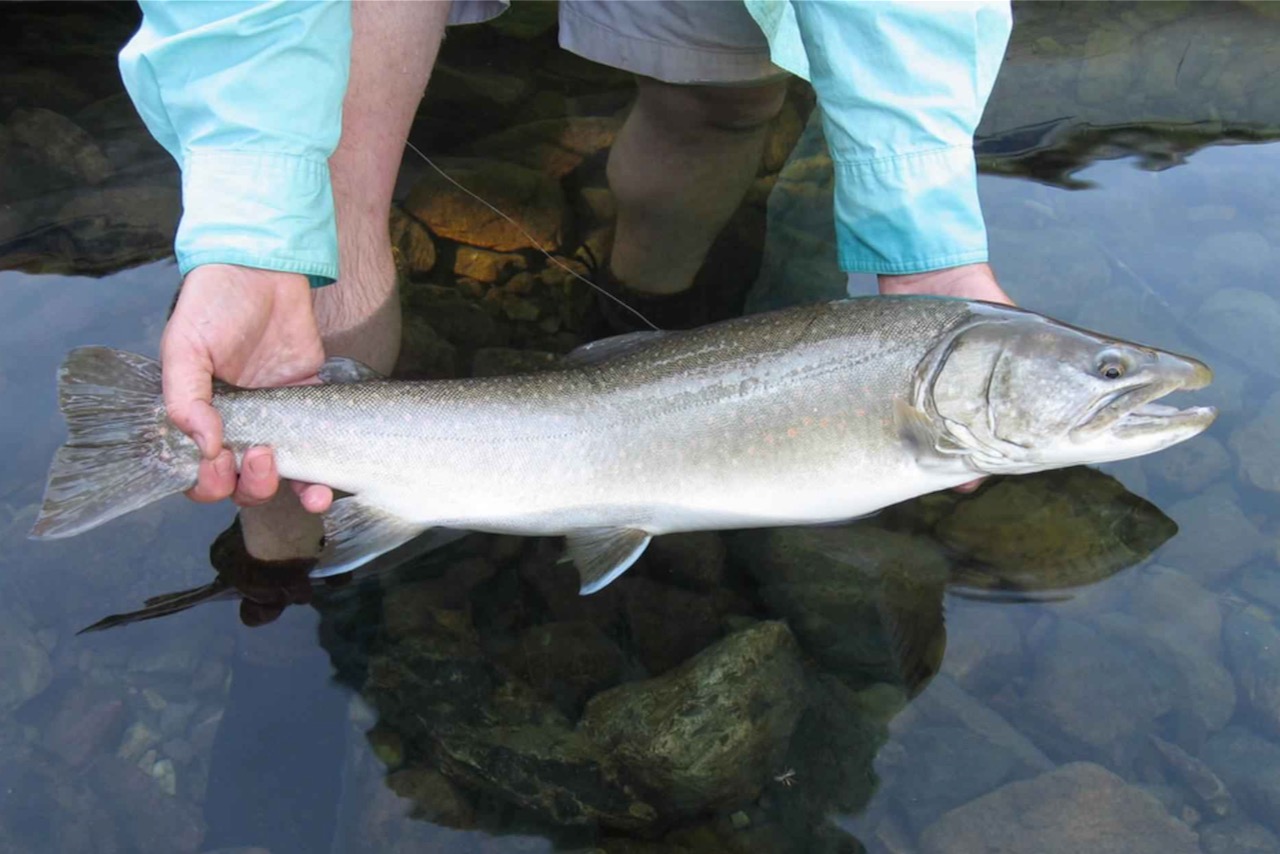 To save Alberta’s bull trout, is it time to stop fishing for them?

To save Alberta’s bull trout, is it time to stop fishing for them?

I know of a small stream in the southwest corner of Alberta that once yielded big numbers of bull trout. Locals would ride in each September to snag them on their spawning beds. They caught and killed those big fish until the population was gone. Few saw the loss as tragic. Bull trout weren’t highly valued by anglers at the time.

When I arrived in Waterton Lakes National Park in the early 1990s as the park’s new conservation biologist, both my professional responsibilities and angler’s curiosity led me to hope that some of the trout had somehow survived. Fallen trees had blocked the horse trail, so perhaps that loss of access had helped. One September day in 1994, I hiked in to check things out with Elliot Fox, a fisheries technician with the Blood Tribe.

The fish were back! The first pool we checked held 10 elongated shadows, bull trout ranging in length from 45 to 65 centimetres. Upstream, we found one or two spawning redds at the tail of almost every pool. The crowning moment came as we were measuring one of the largest redds and an immense, gold-tinted female, nearly a metre long, emerged from the rapids and settled at the side of the redd. She hung there barely two metres away, wild and timeless as the wilderness around us. Elliot and I just stared in humble awe.

The bull trout is Alberta’s provincial fish emblem. As one of nature’s masterpieces, a species whose ecology is totally tied to the streams that drain from the Rocky Mountain’s eastern slopes, it deserves to be. But it’s also now classified as a species at risk. That’s why it was so inspiring to discover that at least one small population had recovered from past abuse.

A few years after I had moved on to work in other parks, I called Elliot to ask if he’d gone back to check on the fish. He had, but there were no spawners. He said the stream was full of Didymo, an invasive algae that can plug up spawning gravel, leading him to speculate that’s why the fish were missing.

More anglers are targeting bull trout (photo: USFWS)I wasn’t so sure, as Didymo has always been present in trout streams. Instead, I suspected the big migratory fish had been trapped in irrigation ditches—like most southern Alberta rivers, irrigation districts divert much of the stream’s water.

This year, it came as a relief of sorts when another fisheries biologist reassured me that the fish were still there. He said his team found redds in 2018, 2019 and 2020, although not as many as they would have liked. They also caught a good number of juveniles while sampling in 2018. After the bull trout was listed as a threatened species, it no doubt helped that the local irrigation district put a screen on their diversion intake to keep adult fish from getting trapped.

Unfortunately, other problems remain, according to the biologist. “The other issues are bulls moving below the weirs and not being able to get back, hybridization [with introduced Eastern brook trout] and substantial angling, including out-of-season harvest,” he told me. “It’s a thousand cuts for that poor population…we know fish are reproducing; we found redds, found juveniles, but we don’t seem to get enough coming back. It’s the same problem that may be occurring in the Waterton River.”

One reason the big spawners may not be surviving is somewhat ironic: After decades of being despised as predators that eat other fish, bull trout have finally earned the respect of a growing number of anglers who target the largest ones as trophy catch-and-release targets. Social media is full of pictures of anglers holding these huge old fish aloft for photos. It doesn’t take much of that treatment before the big spawners—critical to the survival of endangered stocks—become weakened, or get wounded, and die.

“There are so many anglers now who target bulls and, sadly, look for spawners,” the owner of a local fly shop told me. “God, people are strange.”

Few experiences have moved me so deeply as when Elliot and I saw that great old fish finning quietly at our feet in a wild stream that had sustained her kind for millennia. If we anglers want to help keep her legacy alive, perhaps more of us should choose to simply enjoy watching these fish—not trying to catch them.