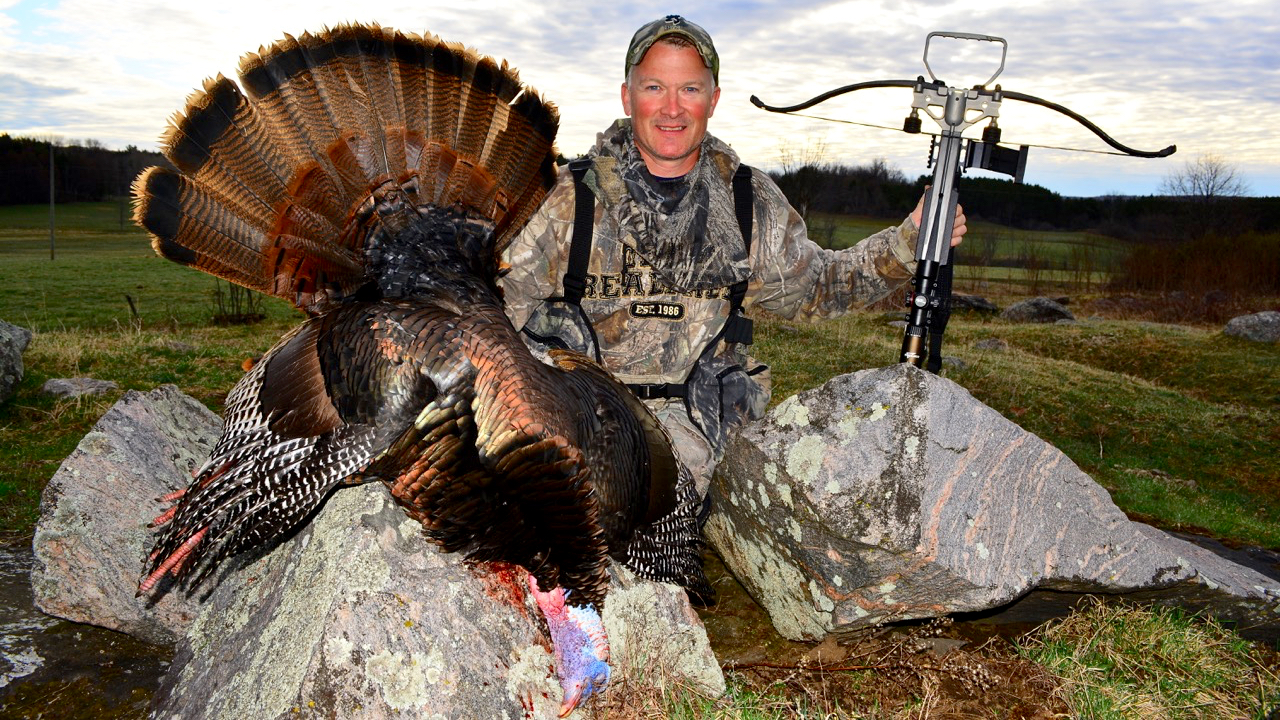 Bowhunting wild turkeys? These are the 3 secrets you must know

For a challenging but rewarding wild turkey hunt this spring season, head into the woods with your bow

A nice gobbler was slowly making his way toward me into bow range when a flock of jakes, fired up like a gang of angry thugs, came running down the fenceline and chased him off at 40 yards. The jakes then proceeded to express their high level of testosterone on my strutting tom decoy. Half of me wanted to arrow one out of spite, but the wiser half decided not to—I was on my second (and last) tag, and it was still pretty early in the spring turkey season.

After watching the jakes fight and gobble their heads off for an hour, I got out of my blind and started to walk back to the truck. Far off in the distance, a gobble echoed throughout the still hardwoods. That must be the tom from this morning, I thought to myself. I had tried ditching the blind to go after turkeys with my compound the previous season, but their extraordinary eyesight was my kryptonite when it came time to draw back. Still, I decided to try again.

Heading in the direction I heard the gobble, I cautiously snuck across a field to a ridge bottom, where I let out a couple of drawn-out yelps on my pot call. I got a gobble in response right away, so I set up in front of a large maple tree and began trying to persuade the tom into coming my way. After exchanging a few clucks and purrs, I could see him cresting the knoll about 50 yards away, the sun gleaming off his brilliantly coloured wings and tail feathers.

The tom was closing in quickly, and with my bow resting in a vertical position between my legs, I needed an opportunity to raise it and draw back without spooking him. As my adrenaline raced, the gobbler stepped behind a large boulder at 25 yards. This is my chance, I thought, and drew back my bow, anchoring it in position as I’d practised so many times before. As the tom appeared on the other side of the boulder, I released the arrow. Turkey down.

That was 10 years ago, and it’s forever changed the way I hunt turkeys. Bowhunting without a blind is certainly not the easiest way to claim your bounty, but if you’re up for the challenge, it’s an exciting way to spend your time in the spring turkey woods. Here are a few tips and tricks to get in on the action.