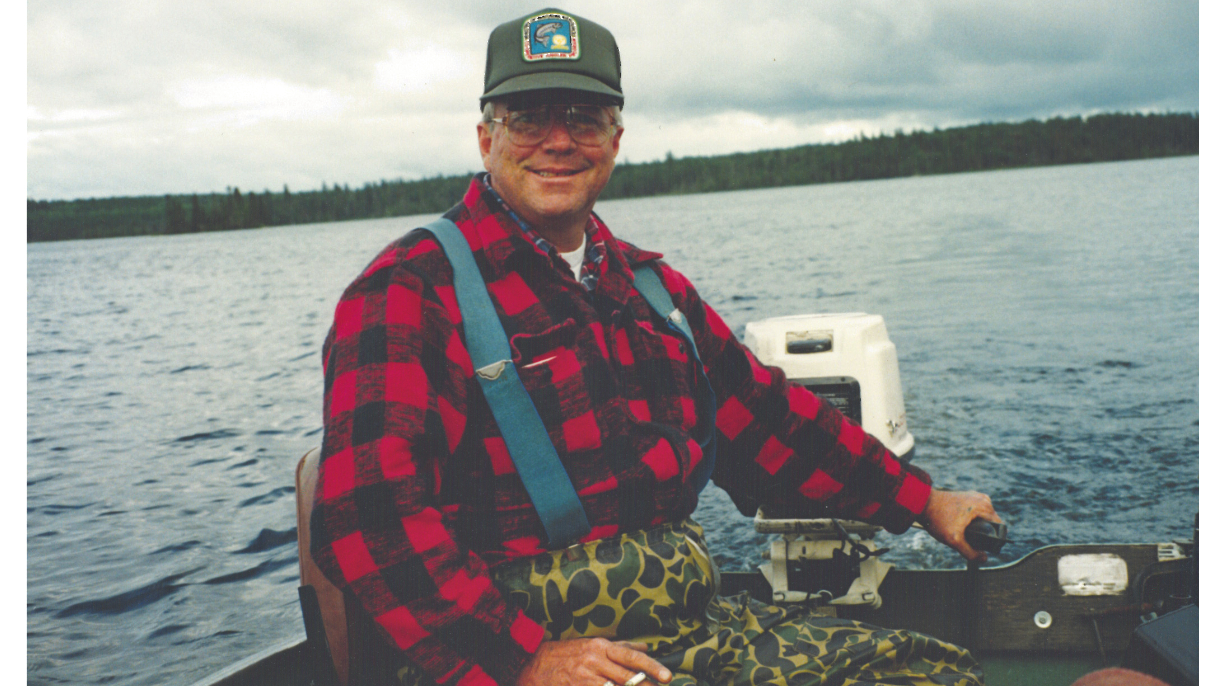 When I was in my early teens, my dad started bringing me and my little brother, Victor, into the woods to teach us how to hunt and fish. Dad didn’t know a whole lot himself, but he tried, bless his heart. We fished out of Grandpa’s old 12-foot Crestliner, the best-made little fishing boat I’ve ever seen. All the seams were welded, not merely riveted, and there were no ribs in the bottom because it didn’t need them. The boat was solid. And while the 10-horse Johnson Seahorse outboard was old, it always started on the second or third pull and ran well.

I was the bow man. My job was to watch for deadheads—not the fans of the Grateful Dead, but logs floating just under the surface. Dad was paranoid about them because he’d apparently hit one once, punching a neat hole in the bow of his wooden boat. I never did see a deadhead, but I always watched diligently.

Dad sat at the stern, of course. He was the captain and guide and knew where the big fish were, unless they were asleep, or had moved, or weren’t hungry. We never caught many big ones.

Communication was always difficult while travelling in the boat, and I always wanted to discuss how to talk over the engine noise using hand signals. By the time we’d stop moving and start fishing, however, I’d forget all about it.

Dad (above) always had the same posture while we were underway—a cigarette in his right hand, the tiller in his left, and a silly little grin on his face. I could never figure out what that smile was all about and I meant to ask him several times, but like the hand signals, the question was always forgotten in the excitement of getting a line in the water. Then Dad passed away before his time, taking with him the mystery of his silly little grin.

Years later, as a young father with very little disposable income, I managed to scrounge up enough cash to buy an ugly little 14-foot aluminum boat, complete with a six-horse Evinrude outboard and a trailer. The boat leaked—a lot. The previous owner had liberally smeared silicone on the rivets in the dented bow in an attempt to stem the flow of invading water, but it didn’t work. And in waves, you could actually see the hull twist.

Horribly underpowered, the boat would get up on step if laden only with a light load—me and just one of my two young daughters. Any more weight than that and it would just slog along. It was mainly a trolling outfit because at least at trolling speed you had time to bail out the water. It made me miss the days in the old Crestliner.

One afternoon a few years ago, I was fishing with my oldest daughter, Emily, who was about five at the time. She had on a little denim ball cap and her fine blond hair was sticking out on all sides. She sat there holding her little Snoopy rod as we chugged along, with me bailing out water. Her life jacket made it hard for her to move, but I’d be darned if she was taking it off.

It was a fairly productive day, as my fishing skills have somewhat improved since my youth. But when the sun started going behind the hills, and my little girl started to get a chill, we declared last cast and headed back to the boat launch.

Talking over the noisy outboard was out of the question, and I still hadn’t nailed down a reasonably understood form of boat sign language. So, I just watched Emily taking in her surroundings as the water slid by. Occasionally, I’d scan ahead for one of the ever-elusive deadheads.

After a few minutes, Emily looked up at me and smiled. It was then I realized I’d been smiling the whole time. How could I help it? I was exactly where I wanted to be—fishing with one of my precious children, whom I love with all my heart. Then the revelation hit me, and tears started to roll down my cheek.