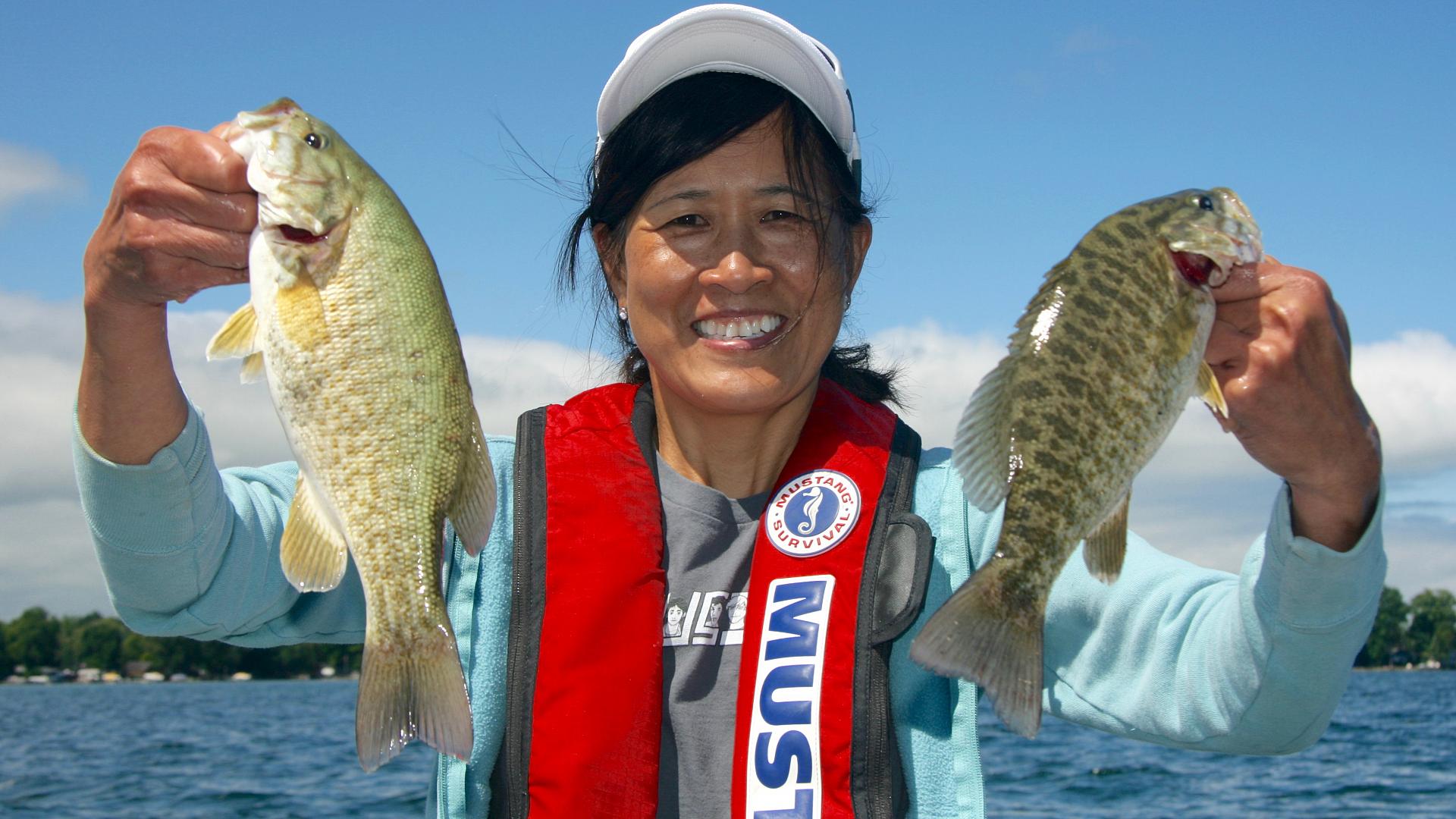 How to rig a soft-plastic worm for simple summer bassin'

If you come across a piece of cover, such as a weedline, isolated rock or  fallen tree—places that just scream bass—what’s the first thing you’d throw? I know my answer: a wacky-rigged soft-plastic bait. Indeed, there may be no simpler or more effective way to catch both largemouth and smallmouth bass. On top of that, you can use the wacky rig (below) absolutely anywhere you expect to find bass.

According to fishing folklore, the wacky rig was inadvertently invented by a pair of first-time bass anglers on a south Texas reservoir. As the story goes,  they purchased a bag of soft-plastic worms on the advice of a local marina pro staffer and headed out. When the two returned at day’s end, imagine the pro’s surprise when they opened their livewell and hoisted up some monster bass.

“How did you catch them?” the staffer asked incredulously.

“Just like you told us,” they replied, showing him their soft-plastic worms, skewered through the middle and dangling from the ends of their lines.

“That’s wacky,” the dumbfounded pro replied, only then realizing he’d neglected to show the novices the proper, Texas-style way to rig a soft-plastic worm. 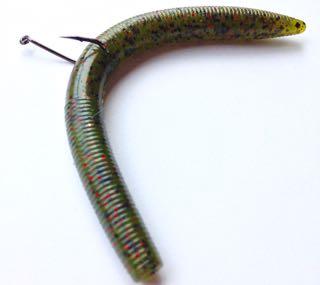 Whether or not the story is true, hooking a soft-plastic bait wacky-style—dead centre through the middle (above)—has caught fire everywhere that bass swim. In fact, more anglers are rigging their baits wacky style these days than the traditional Texas-style of pushing the hook point through the hose, then running it back up through the body and under the skin, ensuring the worm is arrow straight and weedless.

When you watch how a weightless Senko or standard-shaped nightcrawler falls in the water, it’s clear why the wacky rig is all the rage. Both ends of the soft-plastic offering shimmy and tremble in a way that no other presentation comes close to matching.

Precisely because the wacky rig is so lifelike, it works best when the water is at least modestly clear, giving the fish have plenty of time to gaze at the bait.And while you can speed up the descent by using a weighted hook, wacky jig or tungsten nails pushed into each end of the soft plastic, a feathery free-fall is usually superior, even when fishing in deep water.

When fishing wacky rigs for smallmouth in particular, but also largemouth, I prefer using  a 6’10” to 7’2″ medium- to medium-heavy-action spinning rod. And I usually spool the reel with eight-pound-test fluorocarbon line that sinks, which complements the presentation. When the fish are running large, I upsize the line to 10-pound-test and pick up a baitcasting outfit.

While some bass pros use the same extra-wide-gap worm hooks they use for Texas-rigging, I find a needle-sharp, short-shank, octopus hook such as Gamakatsu’s Finesse Wide Gap (above left) to be far superior. Note that Gamakatsu, Trokar and VMC also make weedless models (above right) that excel around vegetation, wood and rocks.

Once you’ve hooked your soft-plastic bait through the middle, make a long cast and resist the urge to impart any additional action. I keep the bail open for at least the first third of the descent so the bait falls naturally; I close the bail and retrieve line only to manage the slack.

If you’re just starting out, it’s best to wait until you see your line go limp, then you’ll know the bait is on the bottom. After that, flip the bail, tighten up on your line and slowly lift your rod tip, imagining a bass enveloped the bait as it fell, or scooped it up off the bottom. The chances are good that’s exactly what happened, so if you feel any resistance, set the hook smartly and watch the bass go wacky!

All in the Fall

Because so many bass hit the wacky rig on the initial fall, many anglers reel in the bait as soon as it hits bottom if they don’t catch a fish, then make another cast. Others lift the rod tip up sharply, popping the soft-plastic off the bottom, then let it flutter back down on its own accord; they’ll slowly retrieve it this way back to the boat. In either case, the principle is the same: the angler who lets a wacky-rigged bait fall the most, catches the most fish.