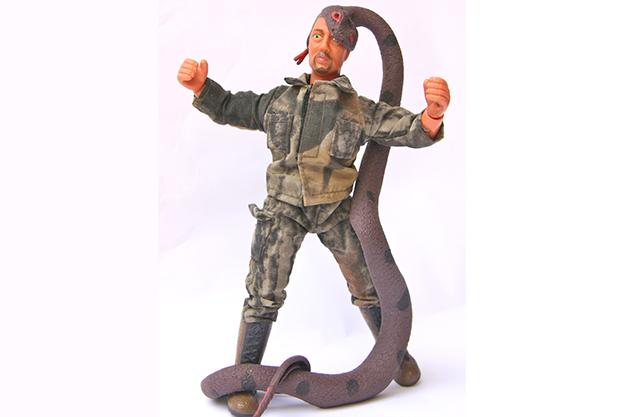 What to do if something wild chomps down on you

Luckily, we only have three venomous vipers in Canada—the Massasauga, Northern Pacific and prairie rattlesnakes—and none are particularly aggressive unless disturbed or provoked. If you do get bit, seek immediate medical attention. But what if that’s not possible?

First, don’t panic—rattlers have reportedly killed just three people in Canada, so your odds are good. Next, restrict your movement and keep the affected area below your heart level to reduce the flow of venom. Clean the wound, but don’t flush it with water, then wrap it with bandages.

Do not apply a tourniquet or cold compress, cut into the bite, suck out the venom, take medication unless prescribed by a doctor, or drink caffeine or alcohol—these measures won’t help, and they could make matters worse.

In Canada, the black widow is the only spider to really worry about. According to Health Canada, “the degree of reaction to the black widow spider bite depends on the area of the body bitten, amount of venom injected, and a person’s sensitivity to the venom.” If you do get bit, stay calm, apply an ice pack to the bite to relieve swelling and pain, and seek medical attention as soon as you can.

If an animal bite creates a deep puncture wound, or your skin is badly torn and bleeding, apply direct pressure with a clean, dry cloth to stop the bleeding. Note whether the animal appears to be rabid. And of course, get medical attention as soon as possible.

If you’ve been in areas known to have these parasites, inspect any exposed skin afterwards. If you find an embedded tick, grasp it with pointy tweezers, close to your skin, on or near its head. Slowly and steadily pull it straight up, being careful not to squeeze its body—it may contain the bacteria that causes Lyme disease, and squeezing it could push the infected fluid into your body. The faster you remove a tick, the better the odds you won’t contract the debilitating ailment.

Thanks to an anticoagulant in this freshwater predator’s mouth, it can be tough to stop the bleeding if you get on the wrong side of its teeth. Apply direct pressure for at least two minutes, then treat the wound with anti-bacterial ointment and wrapped it tightly with a plastic bandage. And keep fishing.